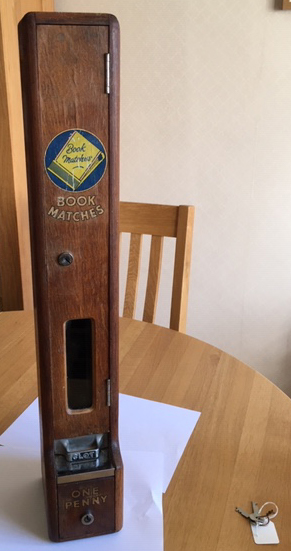 1928 Brecknell, Willis and Co was separated from Brecknell, Munro and Rogers to take over the company's electrical engineering activities. Thrissell Engineering Co seems to have been formed at the same time to develop coin-operated machinery.

1958 The company was in full production on vending machines; Mr H. Dolman was chairman[2]

1962 Planned to introduce a coal-vending machine[4]

1965 Acquired 51 percent of Redcliffe Radio and Engineering Co; the name was changed to Brecknell-Redcliffe Electronics Ltd.

1967 Had brought most of the work in-house; about to start production on their largest ever order, ticket machines for London Underground[7]

1969 Agreement to merge with Vokes, both having interests in food processing machinery and vending equipment; Vokes issued its shares to the company's holders[8]. Subsequently found problems with conversion of existing vending machines to accept decimal coinage[9]