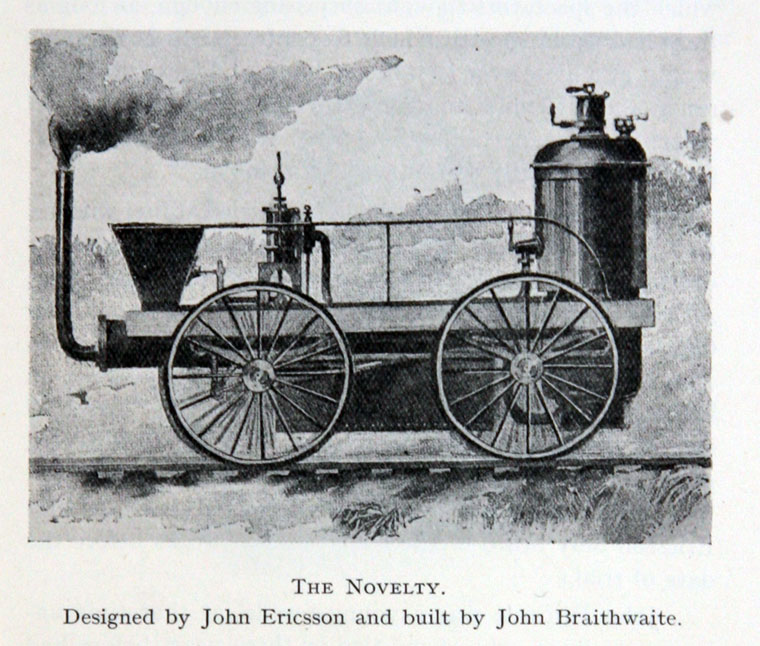 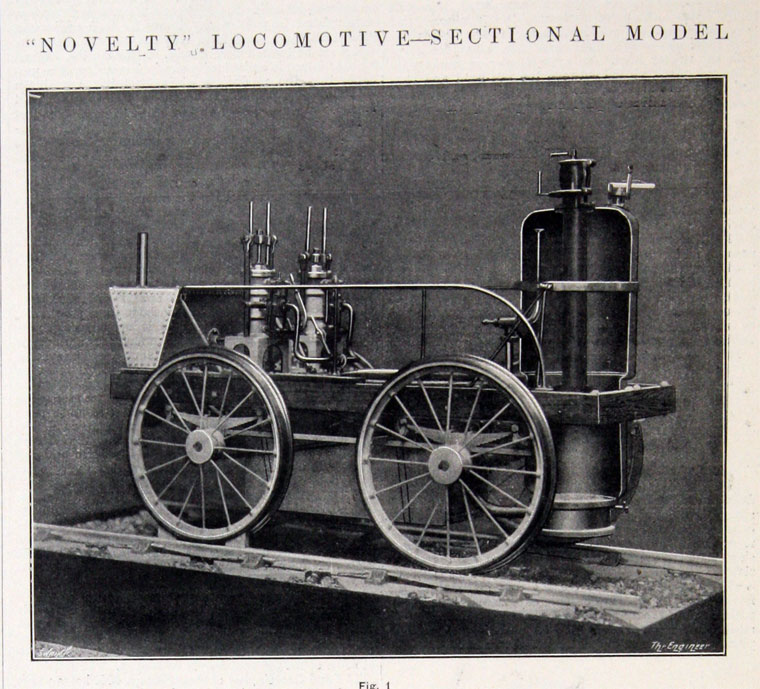 Replica at MoSI, which uses some original parts 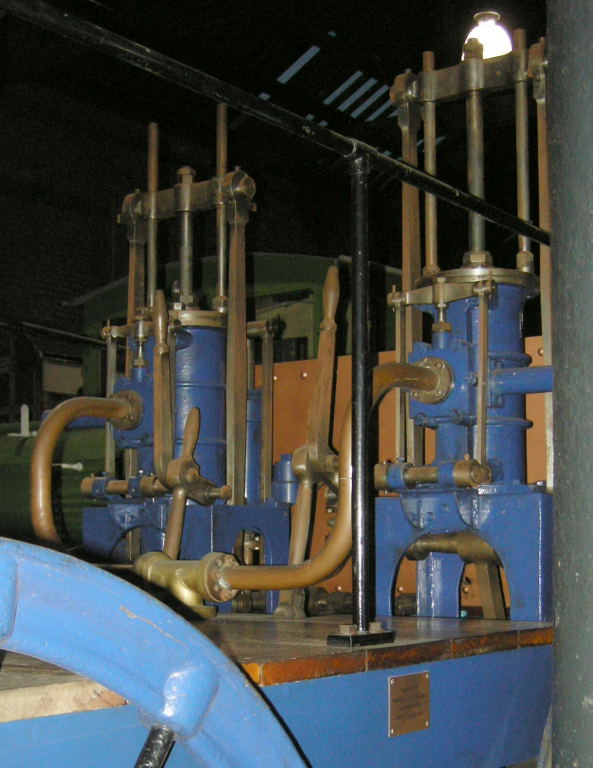 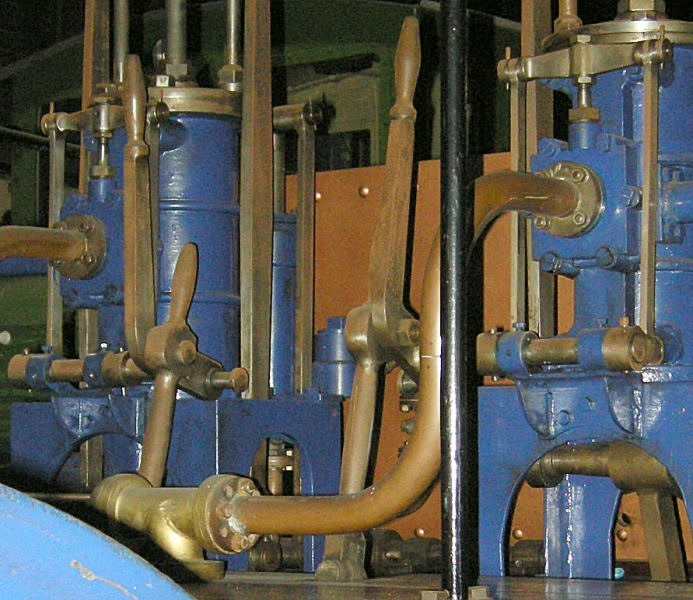 Note: This is a Sub-section of Braithwaite and Ericsson

Participant in the Rainhill Trials.

This engine had two vertical cylinders, though it has been frequently credited with one only. The spring gear was probably the best of any of the competing engines. The following interesting description is taken from "The Engineers' and Mechanics' Encyclopedia·' :- "To prevent the effect of the springs from counter-acting the action of the engine, the connecting-rods (note the plural) were placed as nearly as possible in a horizontal position, and the motion is communicated to them by bell crank on each side of the carriage, being connected by slings to the piston-rods."

Little further description of this engine need be given beyond pointing out that with the two cylinders there must have been a double crank axle, in which case Braithwaite and Ericsson can justly lay claim to this. In a footnote to page 27 of Colburn's "Locomotive Engineering," the author states that he was assured by Mr. John Braithwaite that there were two cylinders working cranks at right angles to each other." The illustrations of the engine do not, however, show this important feature. The fuel and the water tank were carried on the engine framing and the Novelty was therefore the first tank engine.[1]

Several full-size replicas have been built. The one at Manchester's Museum of Science and Industry (MoSI) is non-operating, but it does include a number of original components. The history of the original locomotive and the subsequent journeys of various components has been addressed by Michael R. Bailey[2]. We learn that Novelty was modified by Robert Daglish Jr., then working for Lee, Watson and Co of St. Helens, and apparently used for railway construction purposes until c.1840. Daglish replaced the cylinders and parts of the motion, and gave them to John Melling, who took them with him when he established the Rainhill Iron Works. The site was later occupied by Rainhill Gas and Water Co, who used one cylinder with its mounting and motion to drive a lathe. In 1904 these parts were donated to the South Kensington Museum, and in 1988 were included in the 1988 MoSI replica. The other cylinder was used for a winch at Rainhill gas works, but was said to have been extensively modified. It was eventually acquired by the NMSI Collection, and put on display at Rainhill Library. The wheels were also acquired by the Science Museum, and have been used on the MoSI replica. The wheel design was patented by Theodore Jones of London in 1826.

1829 'Last week, Messrs. Braithwaite and Ericsson's locomotive carriage, the Novelty, which has been materially improved by the alterations it has undergone, was exercised on the railway near Rainhill. It is stated to have drawn 31 tons gross at the speed of 12 miles an hour; the distance traversed was only a mile and a half. A supplementary cylinder has been fitted to this engine, for the sole purpose of blowing the bellows, and the two cylinders are independent of each other. It was expected that the Novelty would be exhibited tbis week, but we understand the exhibition is postponed. — Liverpool Times, Dec. 29' [4]