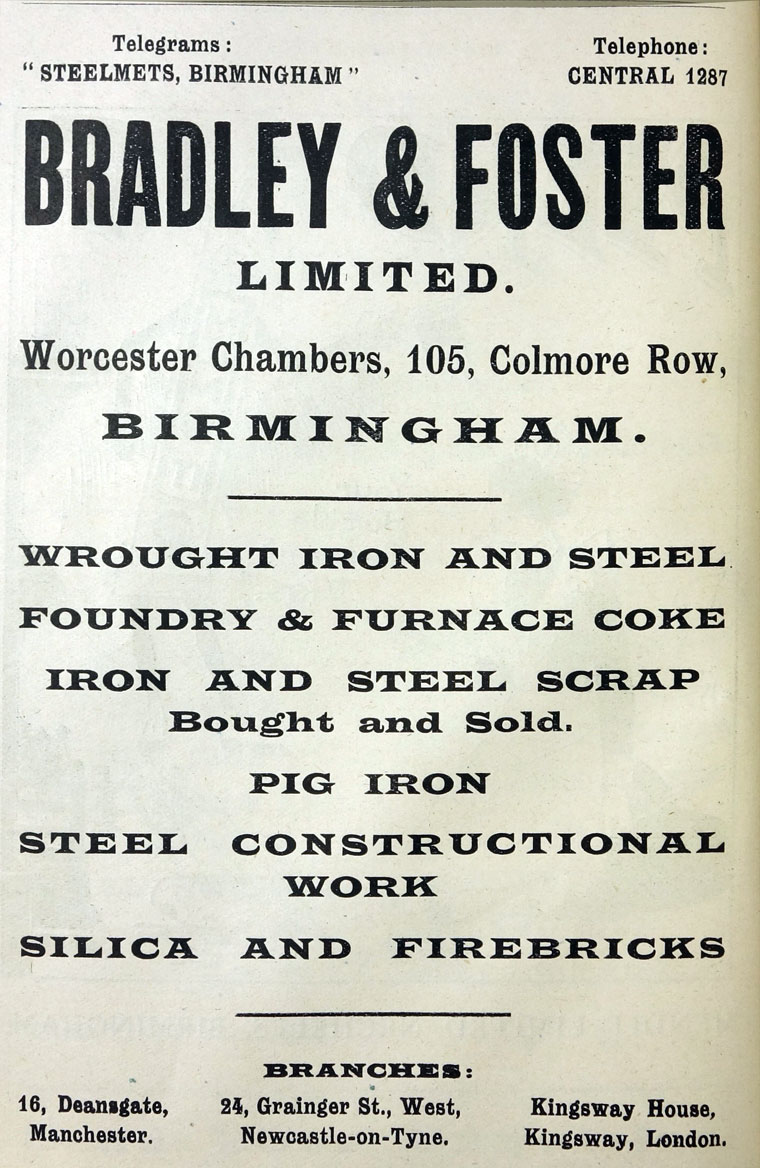 The Darlaston Green site of Darlaston Iron and Steel Co was taken over by Thomas and Isaac Bradley, pig iron manufacturers. The company eventually became Bradley and Foster.

1906 T. and I. Bradley and Sons Ltd was incorporated to acquire the blast furnaces, ironworks, plant, etc. known as the Darlaston Blast Furnaces at Darlaston Green and take-over as going concern the business of pig iron manufacturers; William Henry Smith Bradley was one of the directors; other members of the Bradley family (Bernard Grove Bradley, Barbara Beatrice Bradley) were also shareholders and there were a number of other shareholders.[1]

1933 Bradley and Foster Ltd. exhibited at Olympia a very wide range of refined pig irons with a variety of compositions suitable for producing cast irons with various properties. Many of the alloy irons were exhibited for the first time. The qualities ranged from low nickel-chrome irons for direct use up to various types of austenitic ingots.[4]