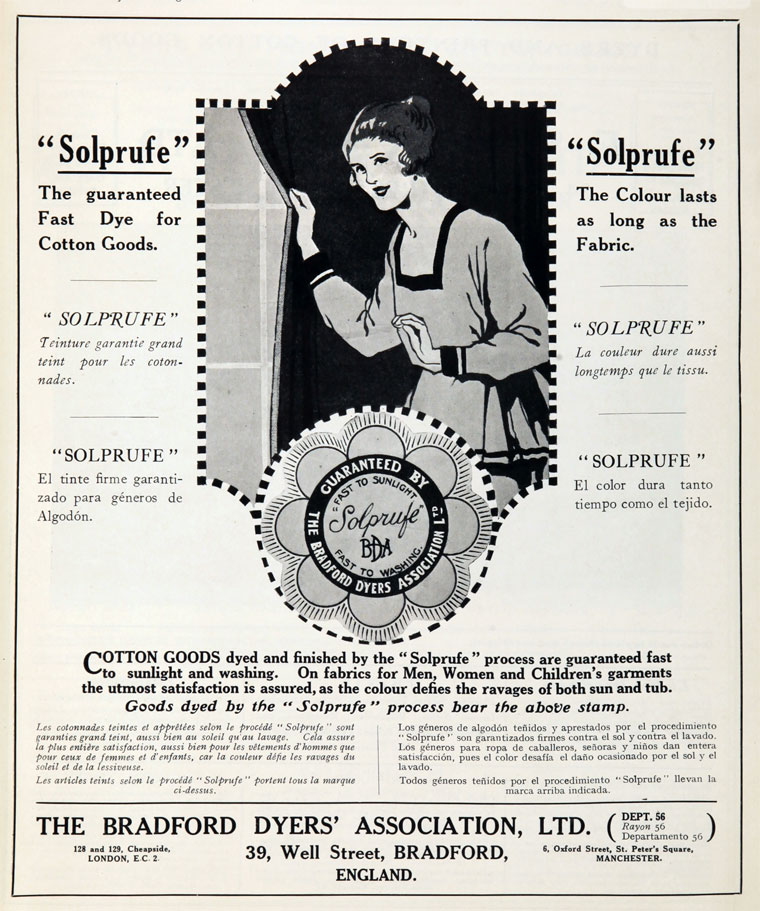 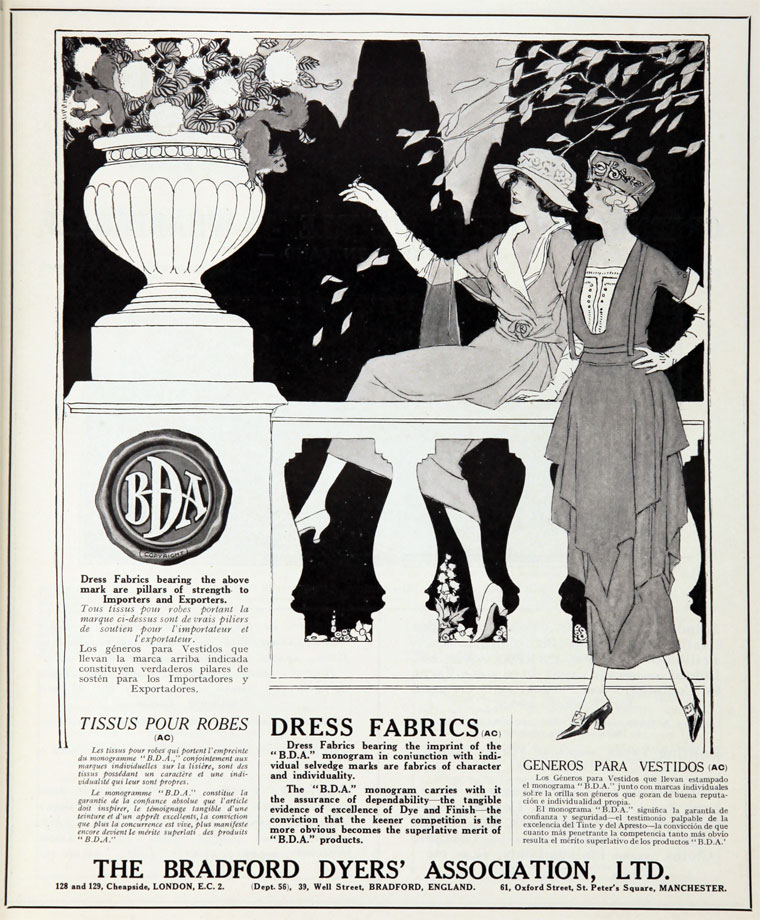 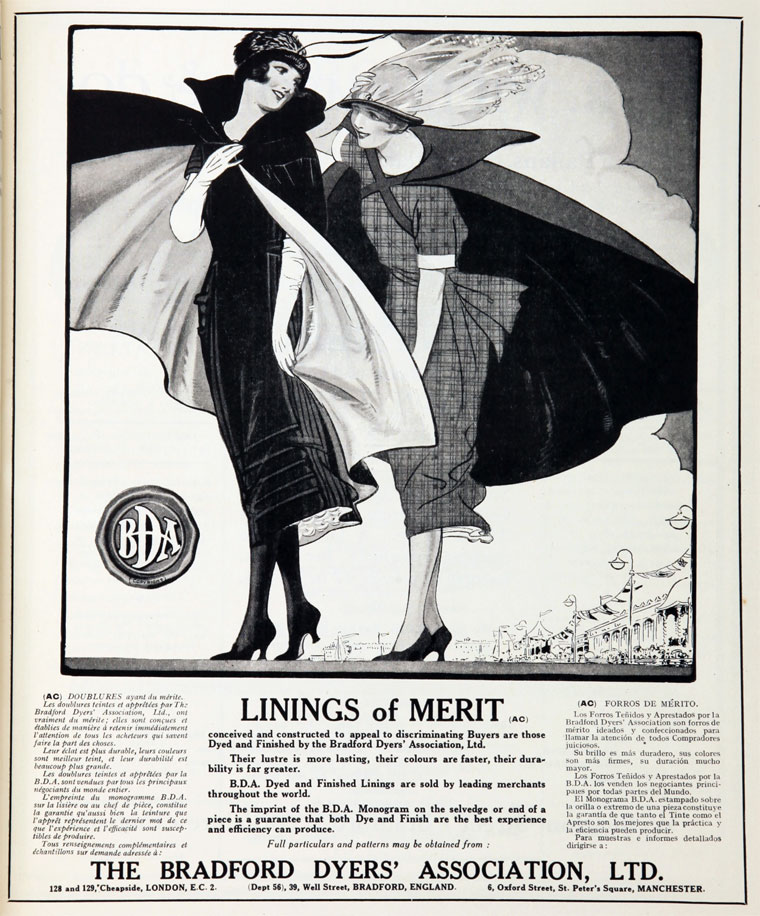 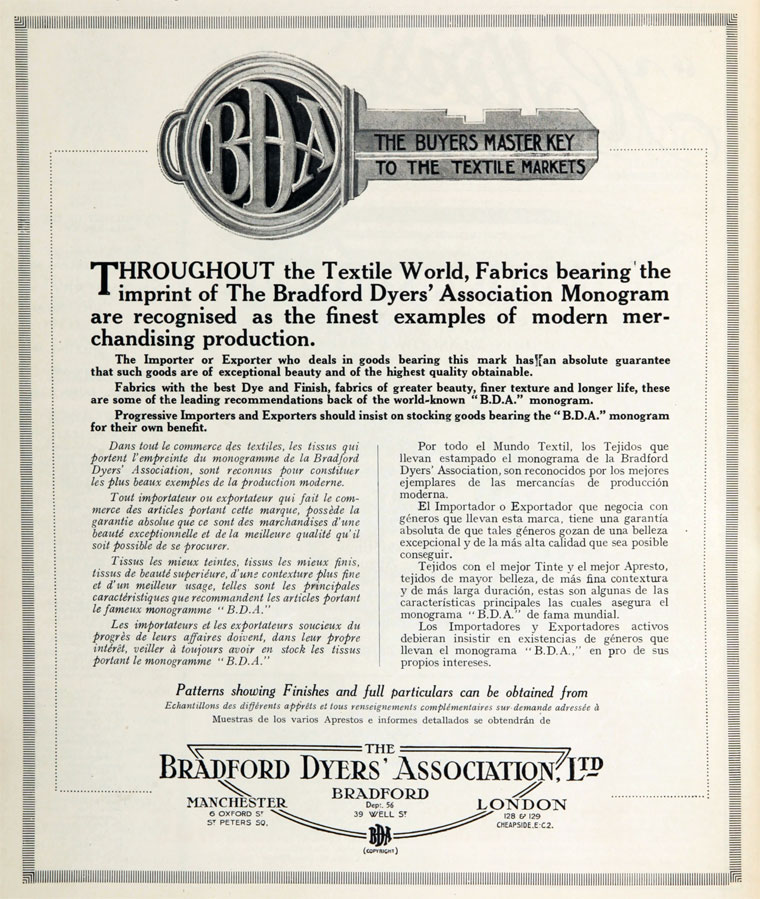 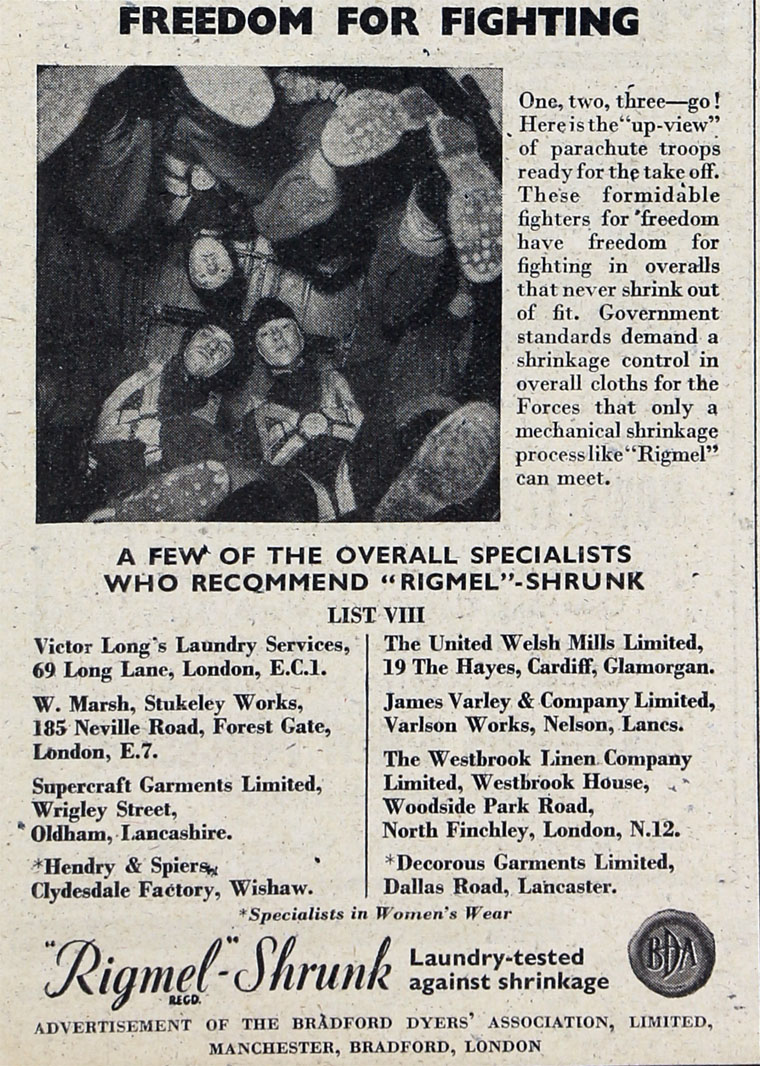 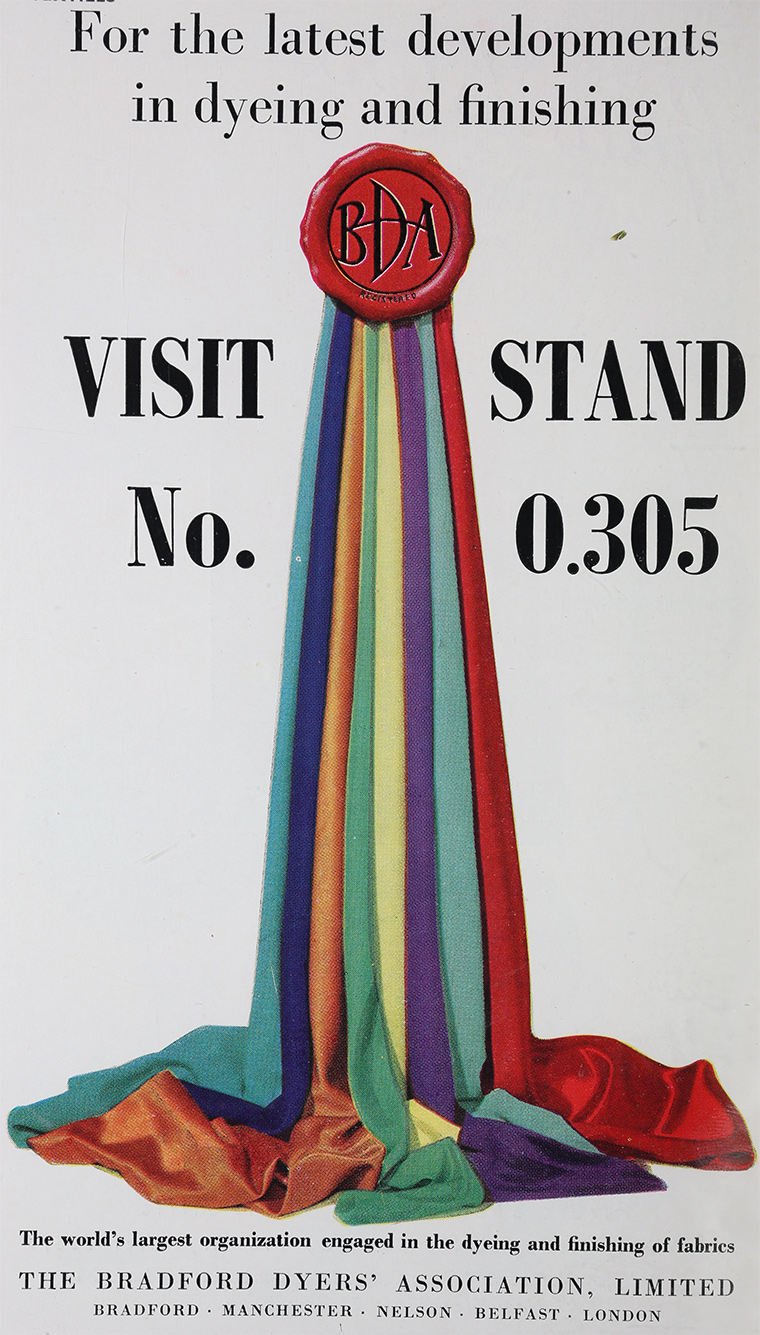 1898 The Bradford Dyers' Association was formed as a limited public company for the purposes of acquiring c.20 companies engaged in the Bradford Piece Dyeing Trade, accounting for about 90 percent of the trade.[1]

1900 The Association brought a case against Isaac Bury, the trade name of John and Jos. Wharton, for infringement of the Schreiner patent for giving cloth a gloss-like finish; the defendants relied on prior patents which meant that there was no new art.[2]

1969 Sun Chemical Corp acquired the minority interest that it did not own in Warwick Chemical.[5]