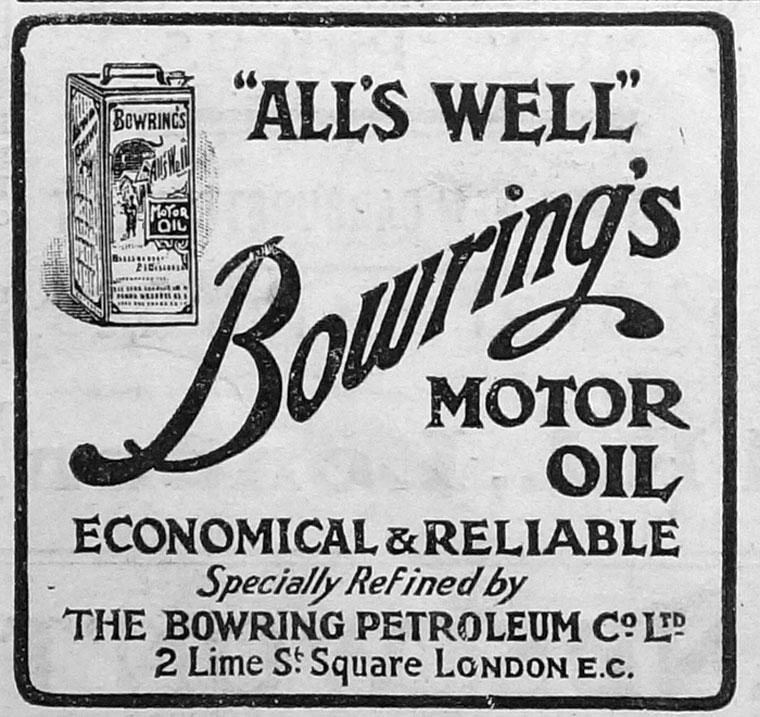 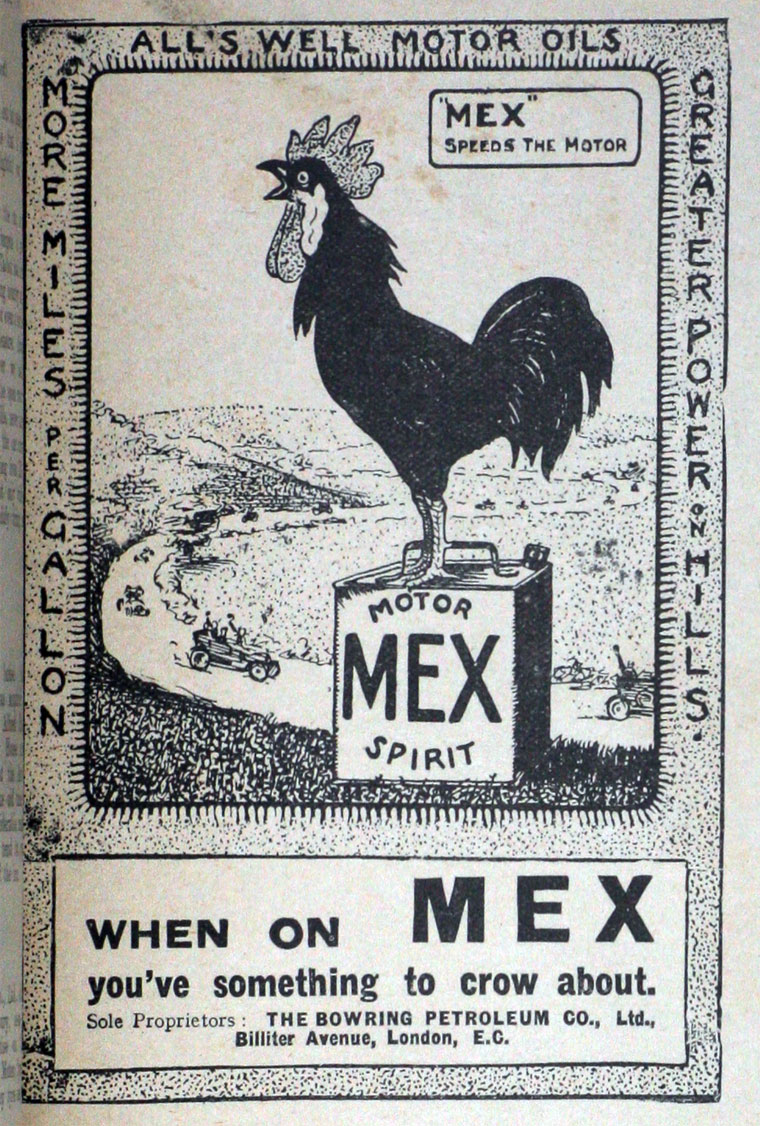 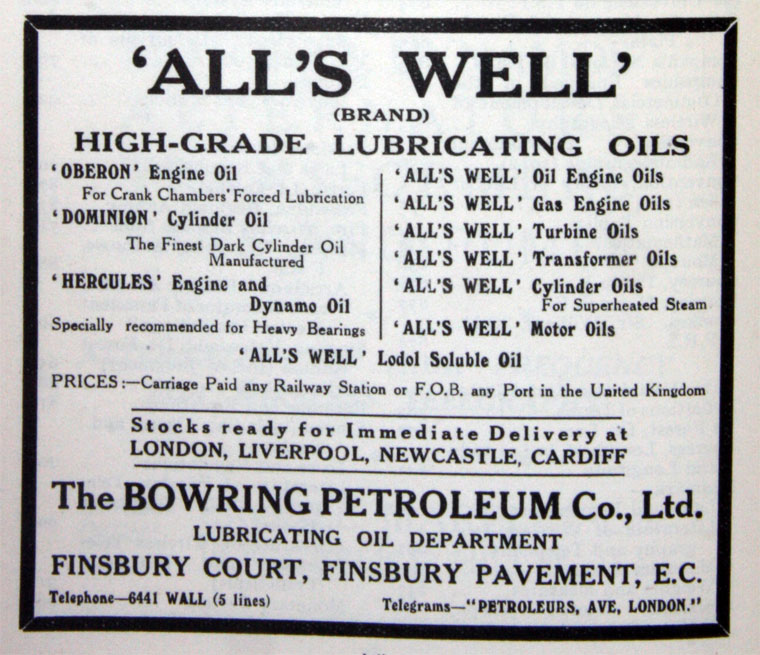 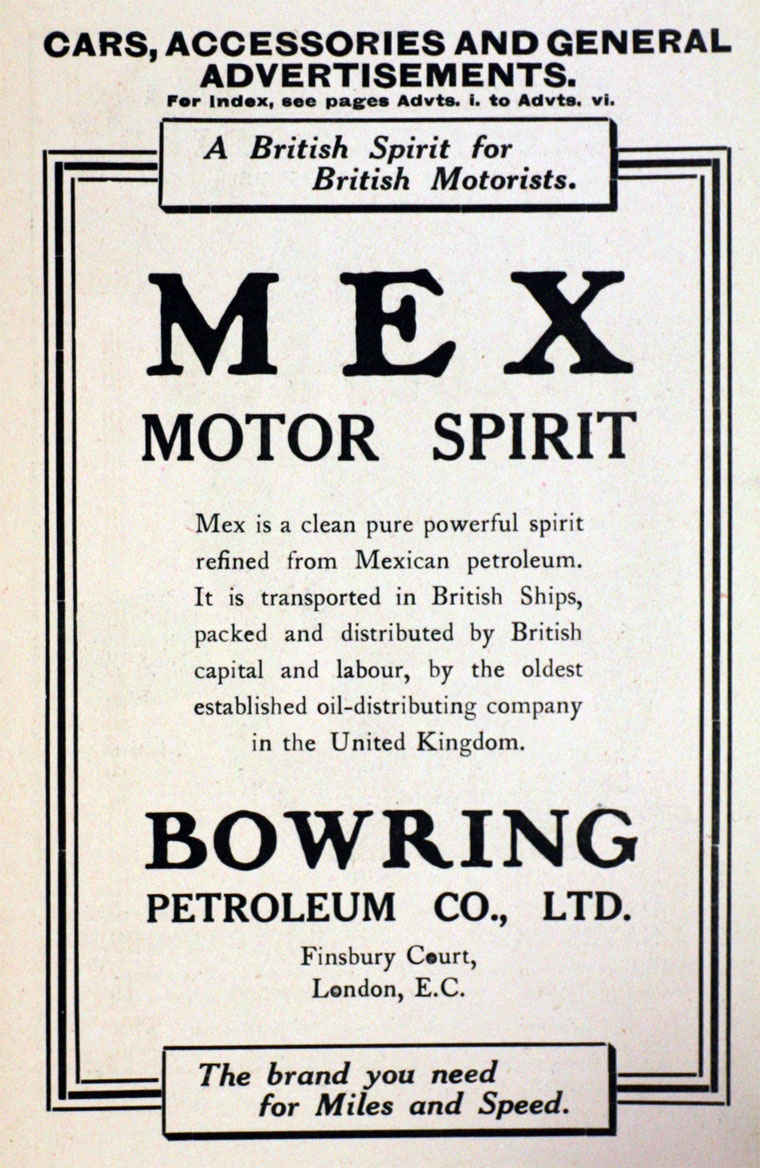 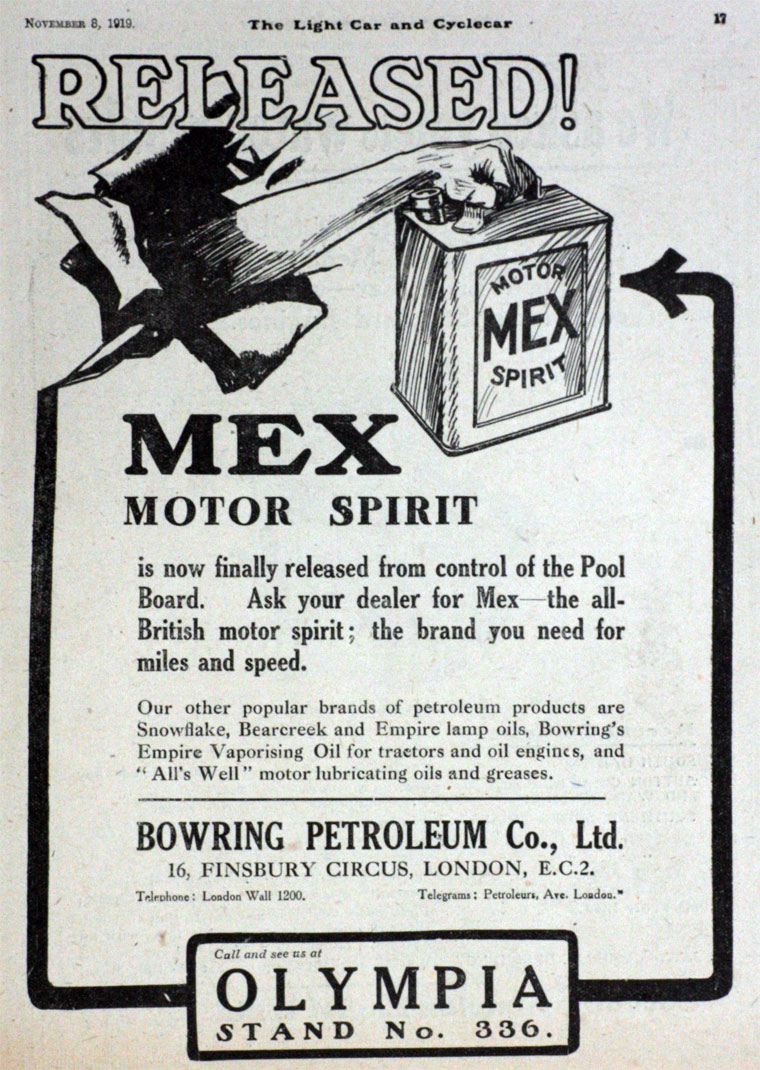 The petroleum business of the Bowring's interests were developed into the Bowring Petroleum Co of London, which was a subsidiary organization.

1917 Became a member of the Pool Board, set up by the government to control distribution of petroleum products[1].

Post WWI: Shell needed to find further outlets for its products so, soon after the war, it bought into Bowring Petroleum, which controlled the Mex trade name. Petrol was sold in two-gallon cans - there were no petrol filling stations in Britain until 1919.