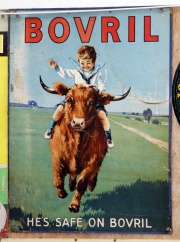 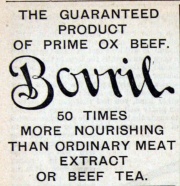 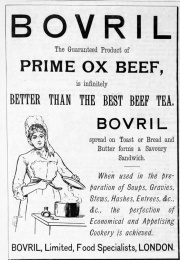 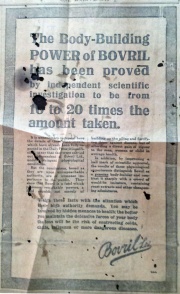 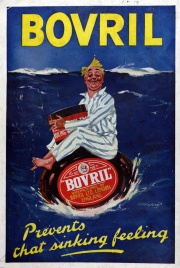 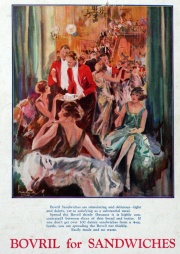 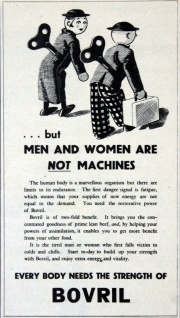 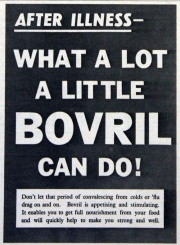 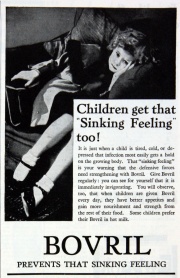 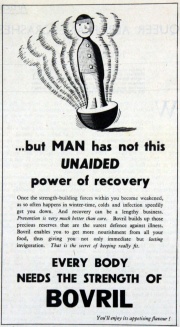 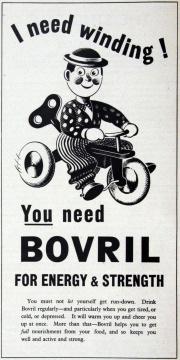 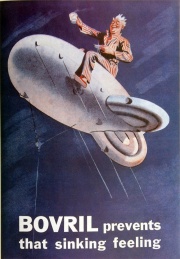 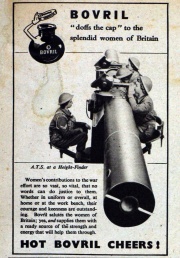 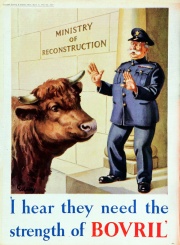 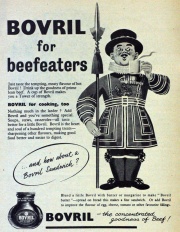 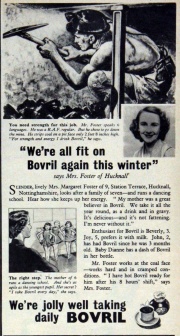 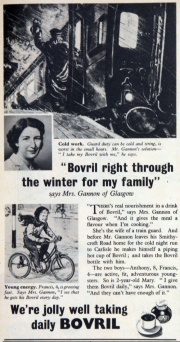 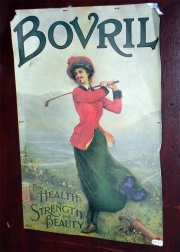 1870 In the war against the Prussians, Napoleon III found that his armies could not 'march on empty stomachs'. He therefore ordered one million cans of beef to feed his starving troops. The task of providing all this beef went to a Briton named John Lawson Johnston, living in Canada. Britain did not have a large enough quantity of beef to meet the French people's and Napoleon III's demands, so Johnston created a product known as 'Johnston's Fluid Beef' - later called Bovril.

1884 Johnston moved to London, and set up a factory to produce the drink.

1886 Bovril was launched on the UK market

By 1888, in excess of 3,000 British pubs, grocers and chemists were beginning to sell Bovril.

1889 The Bovril Company was formed, with a capital of £150,000. John Lawson Johnston was the first Chairman. He was succeeded by Lord Playfair.

1896 The company was registered on 19 November as Bovril (British, Foreign and Colonial), to acquire the undertaking of Bovril Ltd at the instigation of E. T. Hooley. [1]

1897 The company was sold on, at higher price than had been paid the previous year; the old name was assumed[2].

1900 Johnston died and his son George took over the running of the company.

1908 Half a million acres of land was purchased in Argentina so the company could rear its own cattle.

1971 The Beef Stock was followed by the 'King Beef' range of instant flavours for stews, casseroles and gravy.

Bovril, including Marmite Limited, was bought by CPC (United Kingdom) Limited, which changed its name to Best Foods Inc in 1998.

2004 Unilever decided to remove beef from the products and the word "beef" from the brand name.

2006 Reintroduced beef extract to the product, once the ban on exporting British beef ended[6]