Botallack Copper and Tin Mine 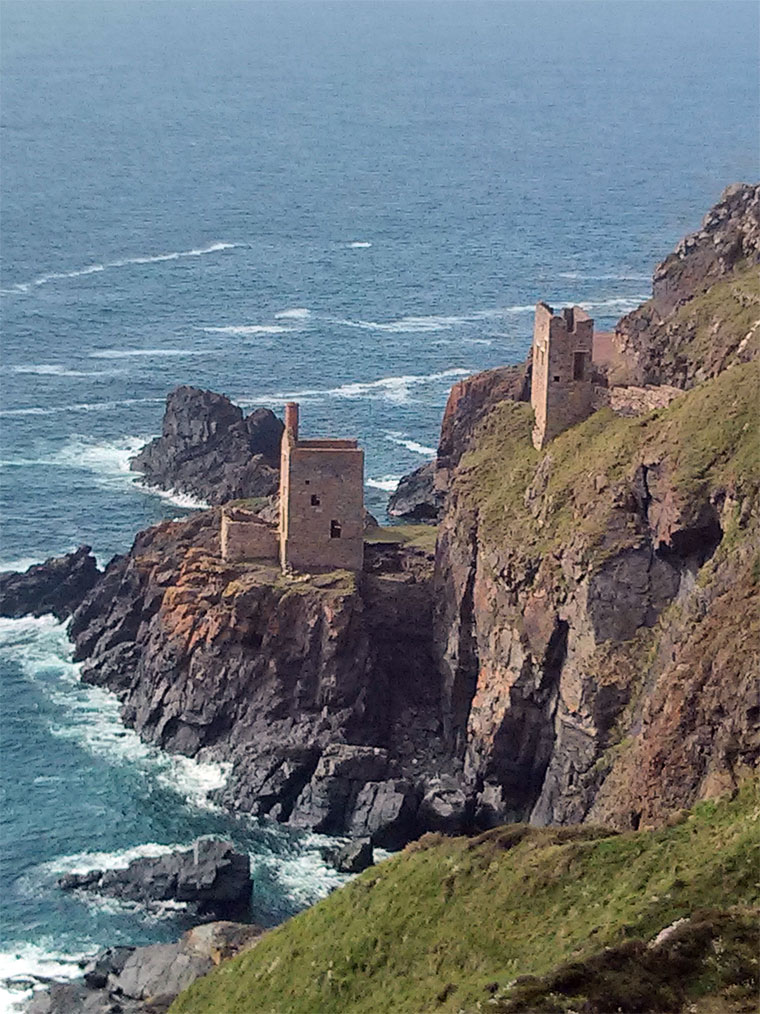 Botallack Copper and Tin Mine is in the parish of St. Just, Cornwall.

The company had head offices in London at 2 Broad Street Place, London.

The company was registered on 6 November 1906, to acquire tin and copper bearing properties, covering an area of 550 acres, situated in the parish of St. Just, Penzance, Cornwall. [1]

The remains of the head gear of the Botallack and Levant mines at Lands End, Cornwall, are famous industrial monuments. Deposits of tin and copper have been extracted from this region since prehistoric times and trade reached worldwide. By the reign of Richard I the trade was so important that Stannary towns (Stannary derived from the latin for tin stannum) were set up with their own charter exempting them from ordinary taxes!

As the demand grew and the lodes became increasingly more difficult to mine, so methods changed and in the fifteenth century shaft mining was adopted on a large scale. Obviously the industrial revolution only increased demand for the metal ores and the business was highly profitable.

Such was the reward for the ore, that workers were expected to risk their lives daily and the lodes at Botallack were mined about half a mile under the sea! The deepest shaft is 250 fathoms (about 500m) below sea level.

The engine houses at Botallack are 19th century.

The development of the steam engine had a huge impact on mining; since the mines were getting so deep that the temperatures were increasing and miners had to be sprayed with cold water while they worked in the dark! The steam engines at the surface lowered the men and ore up and down the ever deepening shafts and of course continually pumped out the water, without which they would flood in a matter of days.

Many Newcomen Engines and those by James Watt and Boulton and Watt were installed at Cornish mines. Richard Trevithick developed these engines specifically for the mining industry.

The mining developments around Botallack form part of the St Just mining district's successful inclusion in the Cornwall and West Devon Mining Landscape World Heritage site which was approved in July 2006.[2]