Grace's Guide is the leading source of historical information on industry and manufacturing in Britain. This web publication contains 146,034 pages of information and 231,556 images on early companies, their products and the people who designed and built them. 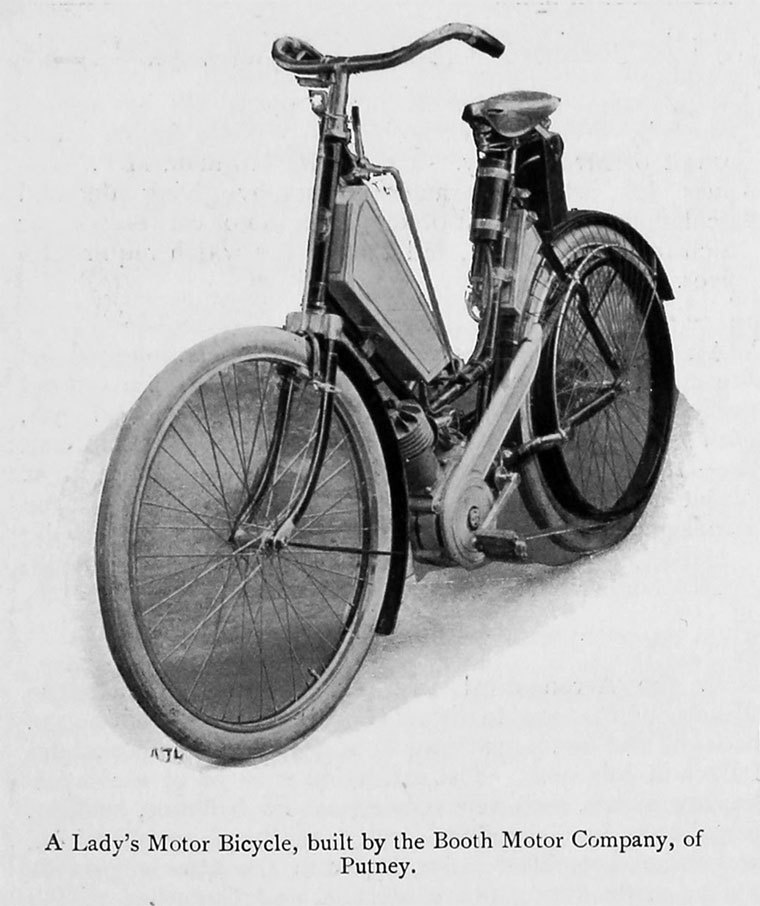 1901 The first models were manufactured using De Dion and Minerva engines. They were mainly built to specification and included a ladies' model for a Mrs Hulbert. It had an open bicycle-frame and other revised details to suit.

1903 Frank Hulbert rode a Booth in the ACU 1,000-mile trial. Also riding in that trial was S. Bramley Moore who took over the firm and, using the existing range, changed the name to Hulbert Bramley Motor Co. They then changed to using a 2.75hp Minerva engine.