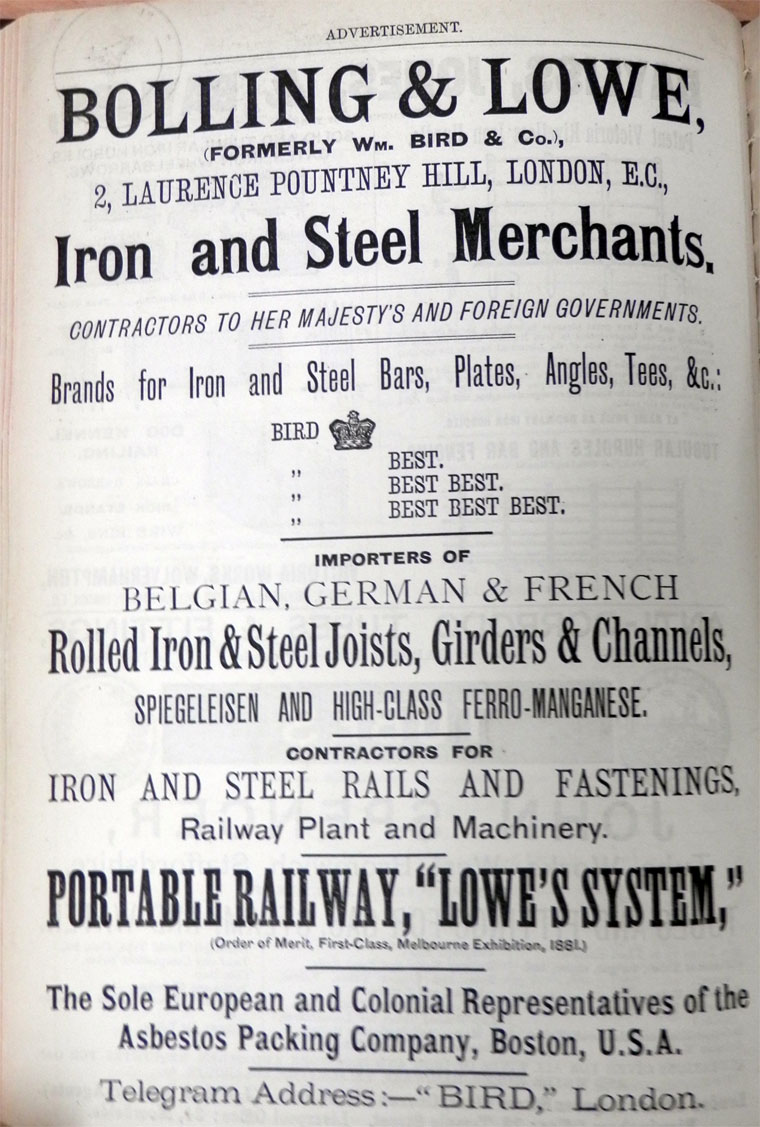 Clarence Bird was a partner in the firm.

ca.1900 Acted as agents for Santos Dock Board to supply a floating crane from Royal Dutch Forge Co.[2]

1918 Charles Louis Faulkner returned to the company as a partner.

The company was put into voluntary liquidation

By 1928 the liquidation had been completed[3]