Grace's Guide is the leading source of historical information on industry and manufacturing in Britain. This web publication contains 142,253 pages of information and 227,823 images on early companies, their products and the people who designed and built them. 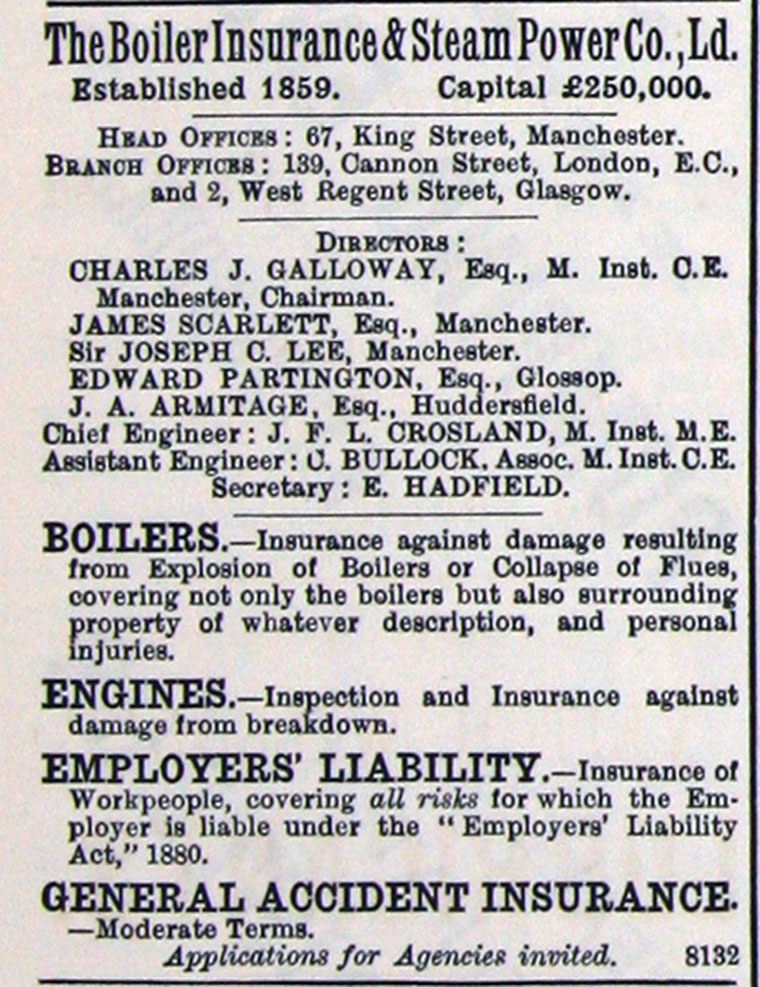 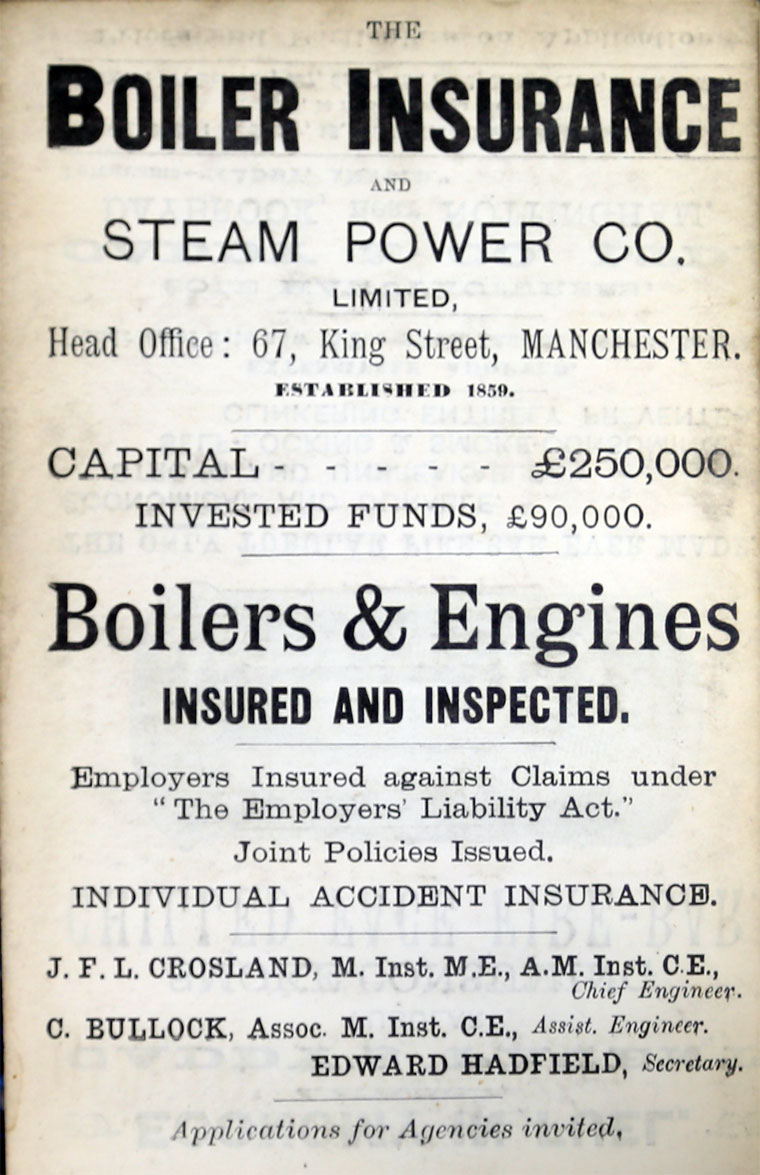 1865 Public company incorporated to which the business of the Steam Boiler Assurance Co would be transferred and extended[2]; R. B. Longridge was chief engineer and general manager; directors included Charles J. Galloway of Manchester, Edward Green of Wakefield and Walter M. Neilson of Glasgow. The new business would contract with boiler owners to keep their boilers in repair.

1875 Mr Longridge, of the Steam Boiler Insurance Association Co, of Manchester, testified as to the cause of a boiler explosion[3].