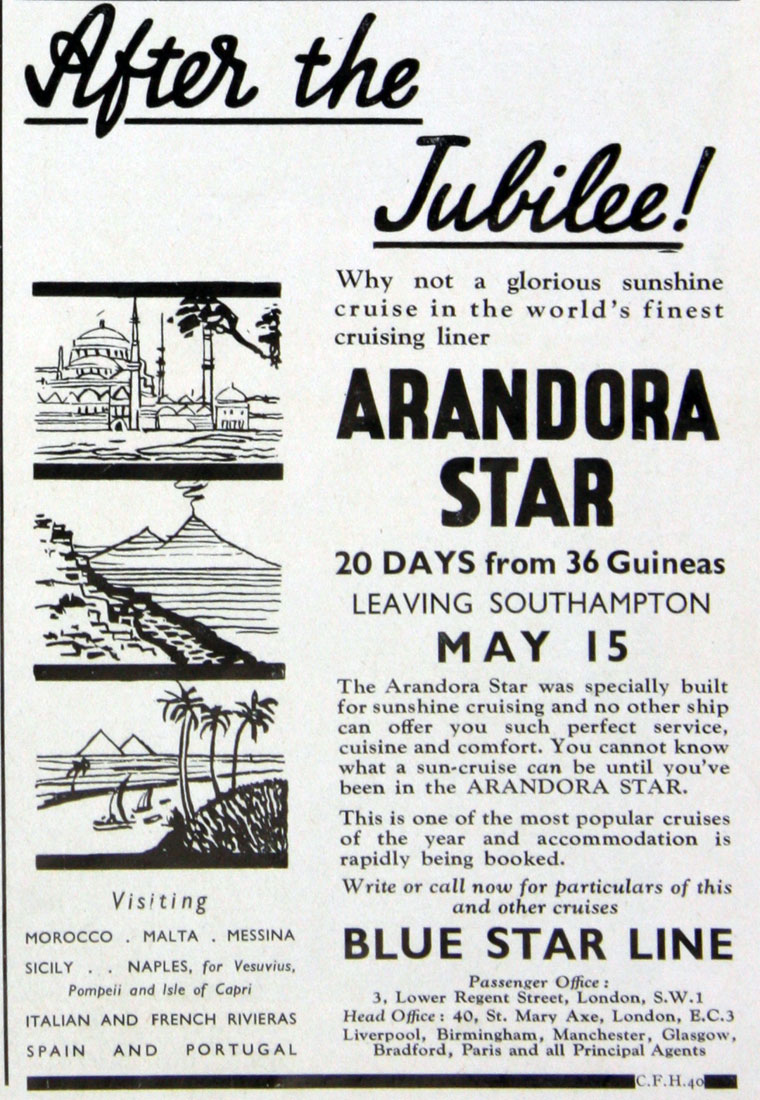 The Blue Star Line was founded by the Vestey family to carry their chilled beef from Argentina and other South American countries. Responding to the development of refrigeration technology, they built up a worldwide food importation business, particularly frozen Chinese eggs and poultry.

1925 the company entered the South American passenger trade. After the Ottawa Conference, shipping operations were extended to Australia and New Zealand.

1946 The Booth Steamship Co. was acquired

1954 Acquired a substantial holding in Airwork, the airline[1]

1967 the South American trade of Donaldson Line was acquired.