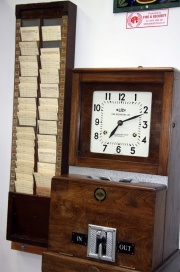 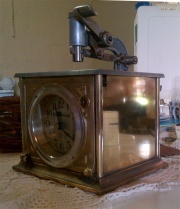 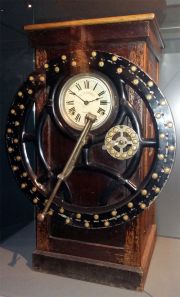 Blick is named after the blickundsderfer typewriter which, in turn, was named after a Dutchman living in America[1]

Around 1900 the Blick Typewriter Co Ltd marketed these machines in the UK.

1917 the MD of Blick typewriters (a Mr Rimington) visited the USA and bought sales rights to a time recording machine called the Follett time stamp.

1919 This was successfully marketed and a subsidiary company was established called Blick Time Recording Devices.

1920 Rimington met a Mr Lowe, director of the National Time Recorder Co (another British company) and agreed to market their machines as Blick National in the UK.

1927 The word National was dropped from Blick National and the machines were redesigned and sold under the name of Blick.

1966 Dufay sold all its investments not concerned with paint. Allan Elliott, MD of Dufay, and his family bought the recorder business to form Blick Time Recorder (Holdings) Ltd.

1971 Blick was made UK distributor for Amano Corporation of Japan.

1972 Blick bought Internal Telephone and Clock Systems Ltd, and National Time Recorder Co Ltd, who had been their largest supplier in early days.

1973 The name was changed to Blick National Systems Ltd.

1974 Introduced a 'vandal-resistant' time recorder with time card inserted from below and the recorder being mounted at height.[3]

Later the name was changed to Blick (UK) Ltd.

1993 Blick bought the Time and Security business of Mercury Communications; neither company was involved in manufacturing but bought products from a range of suppliers and configured their own systems[6]