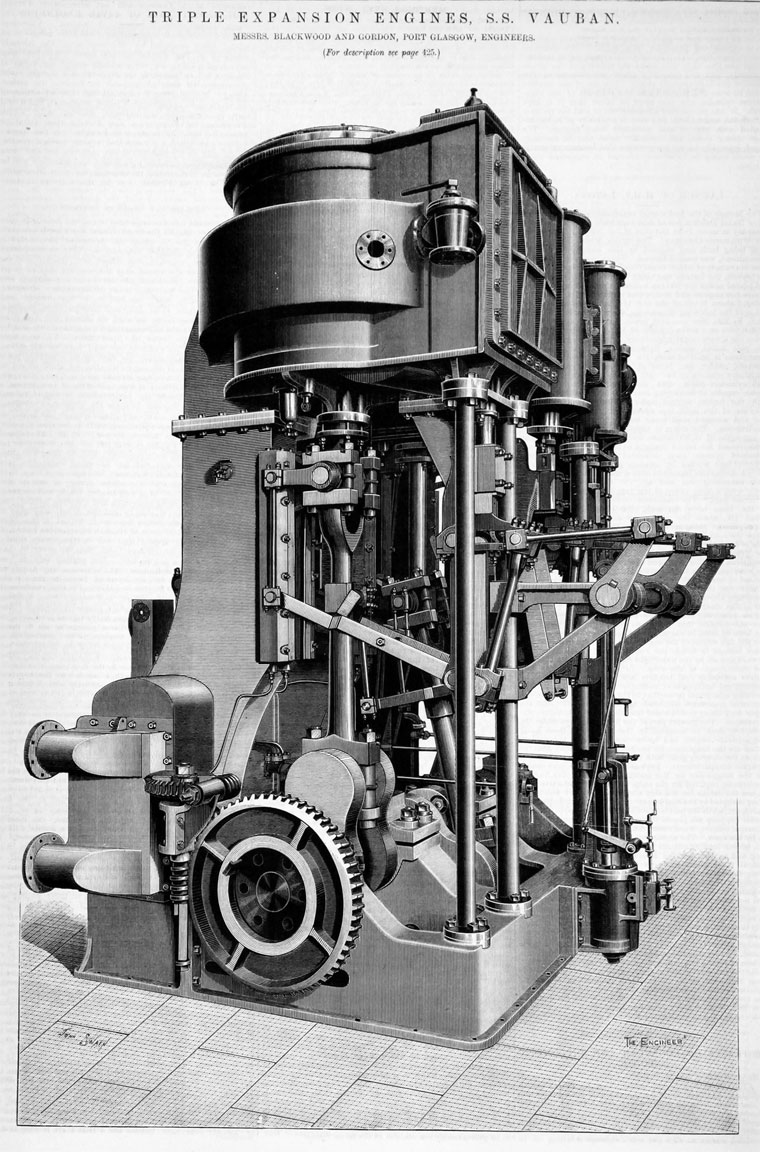 1860 The Castle St yard was developed by Blackwood and Gordon after their move from Paisley in order to build larger ships.

Henry Murray served his apprenticeship as a joiner, partly with Blackwood and Gordon

1863 Launched a vessel of the same class as Virginia, said to be for the "Emperor of China", widely understood to refer to the American Confederate forces[1]

1865 See 1865 Clyde Shipbuilders for detail of the tonnage produced. Launched a screw steamer of 600 tons.

1867 Mr Gordon died; the business was carried on by Mr Blackwood.

1887 Became insolvent. Temporarily closed after arranging with Murdoch and Murray to complete their outstanding contracts.

1889 Company restarted with four partners, Messrs Blackwood, McGeoch, Wallace and Purvis (who had worked at William Froude's testing tank and had been involved in the setting up Denny's tank at Dumbarton).

1890 Triple expansion engines for the 'SS Vulcan' and 'SS Vauban'

1898 John Henry Macalpine was engineering partner for some months[3]