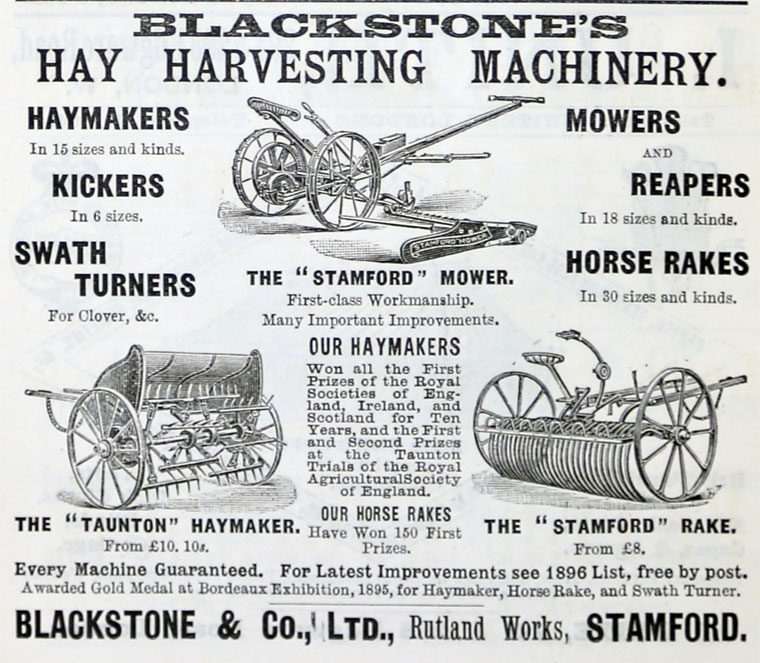 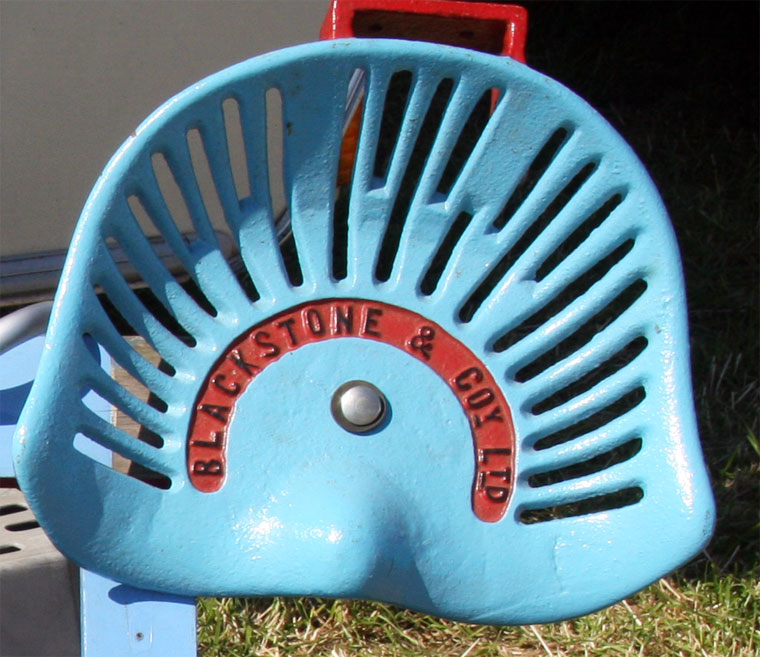 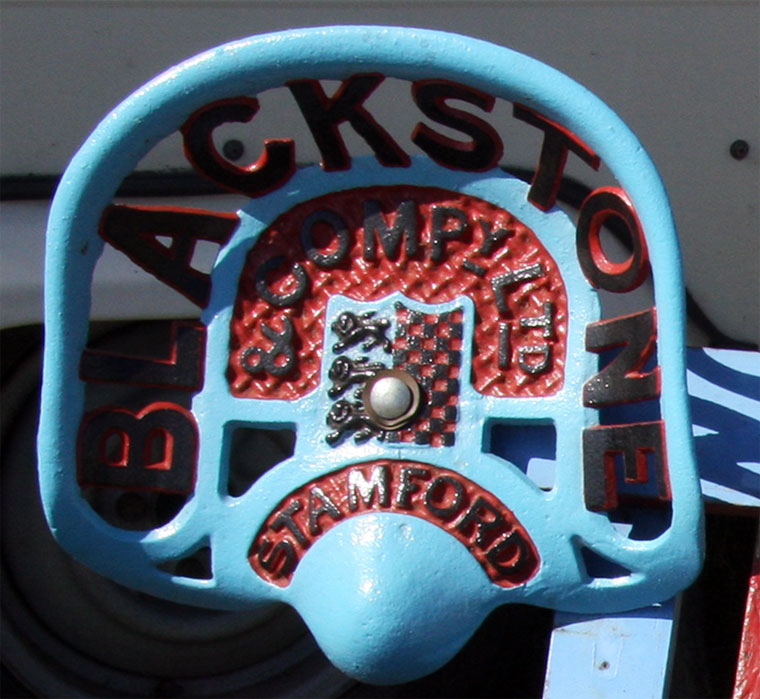 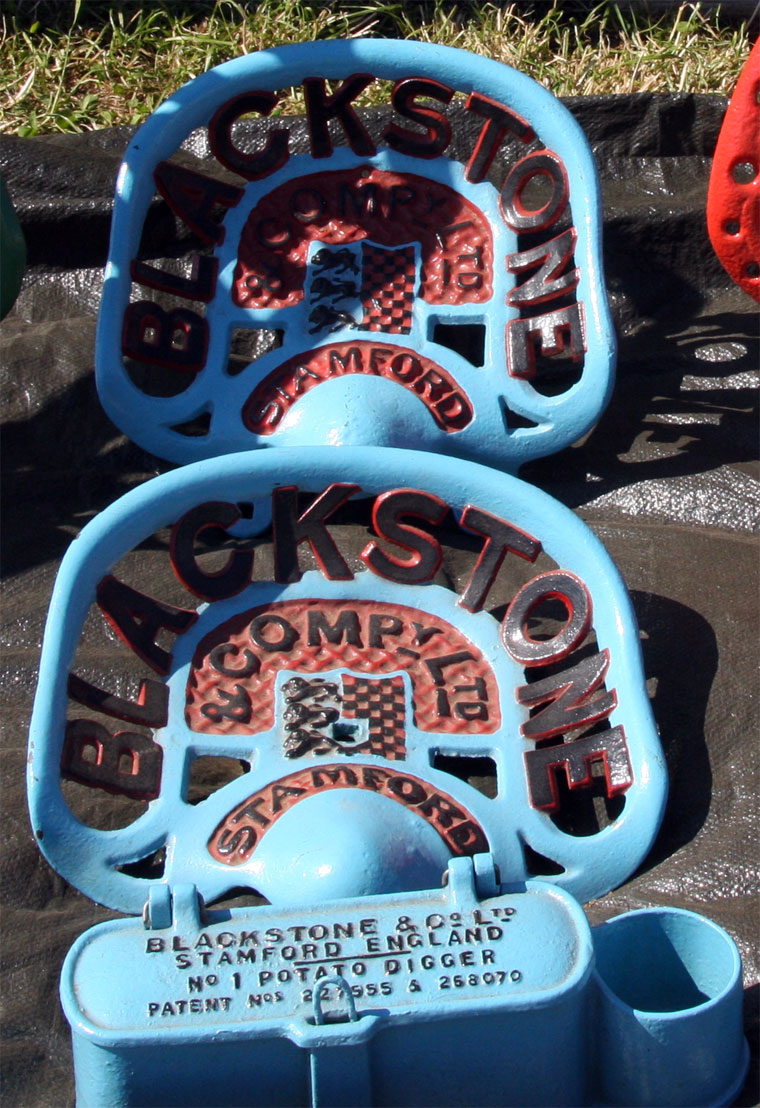 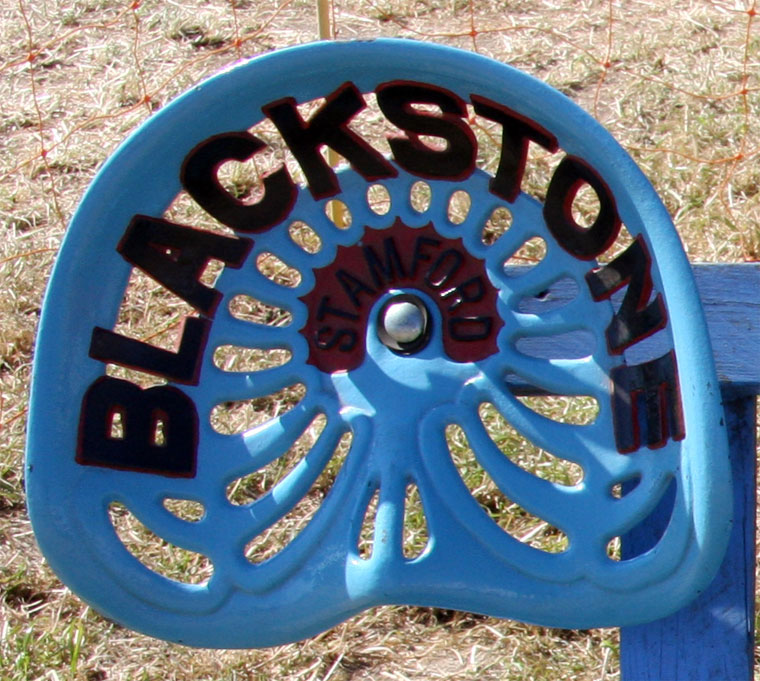 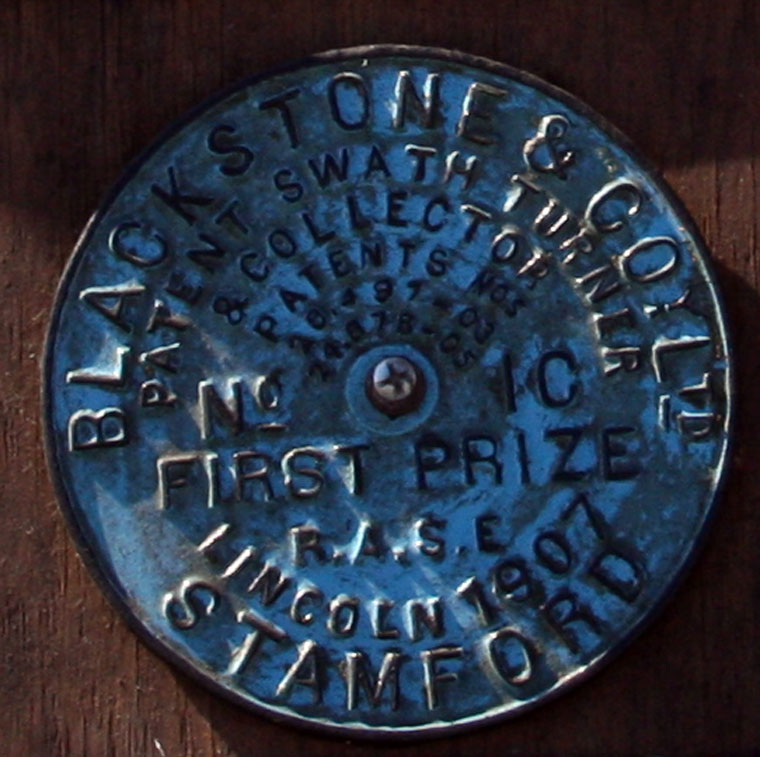 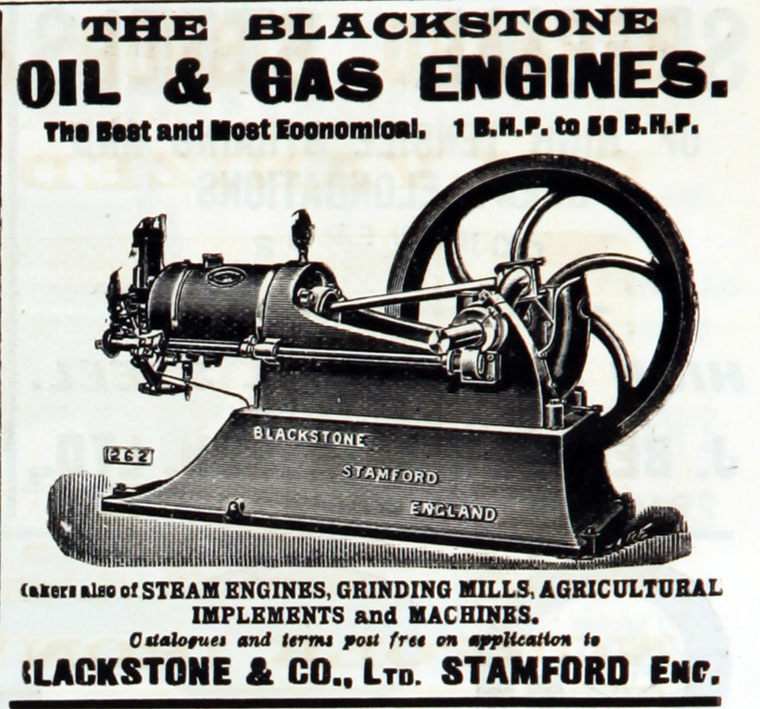 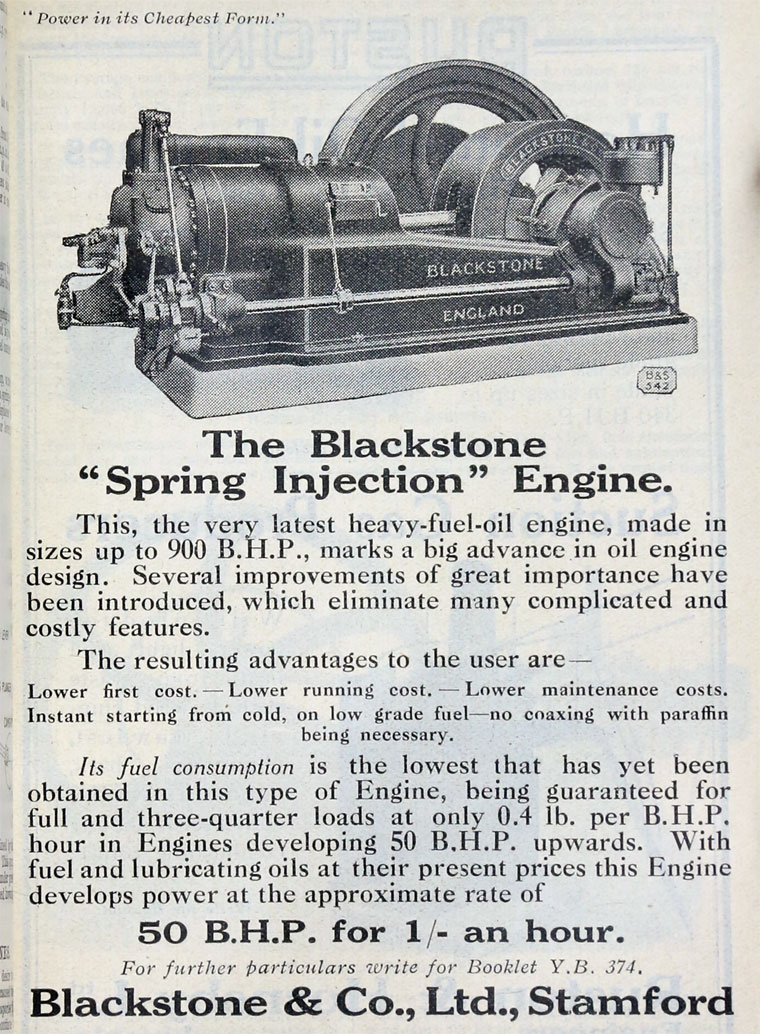 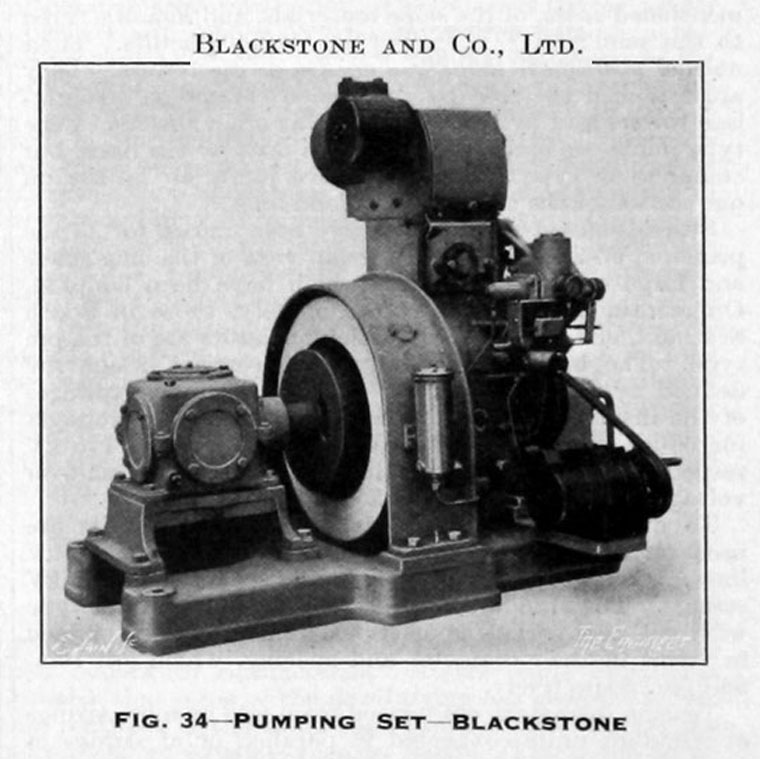 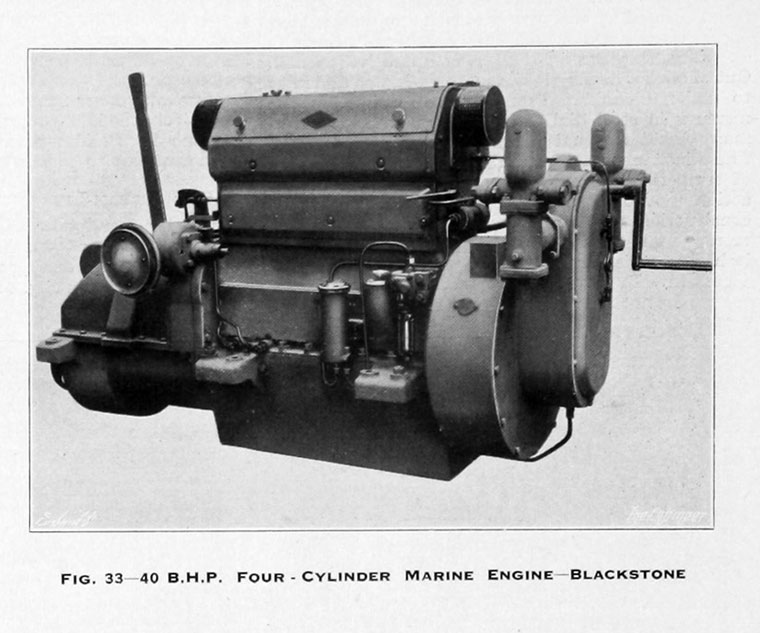 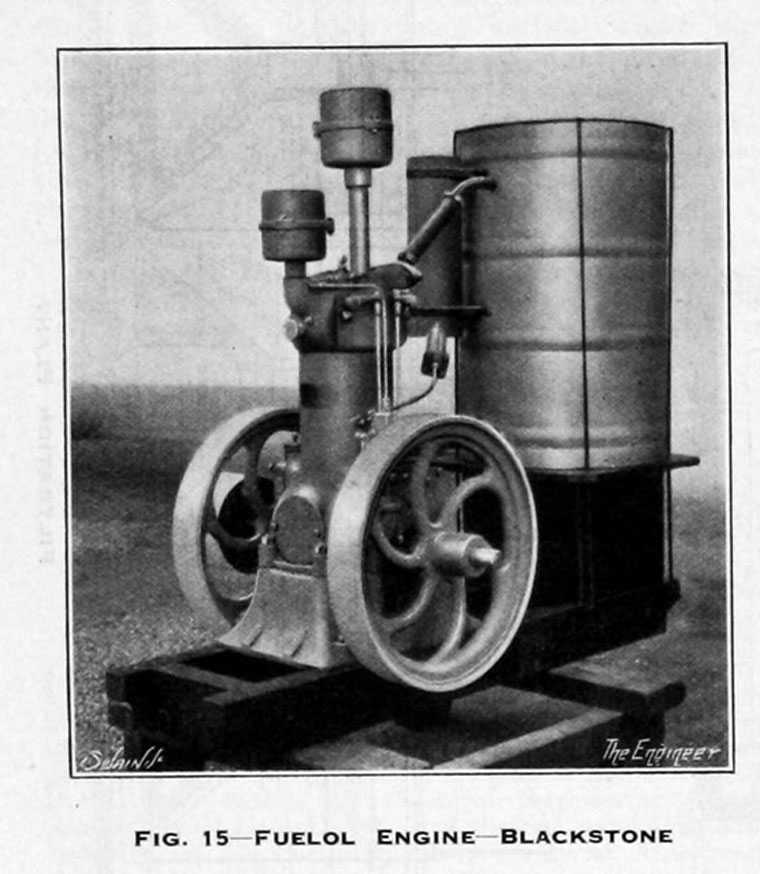 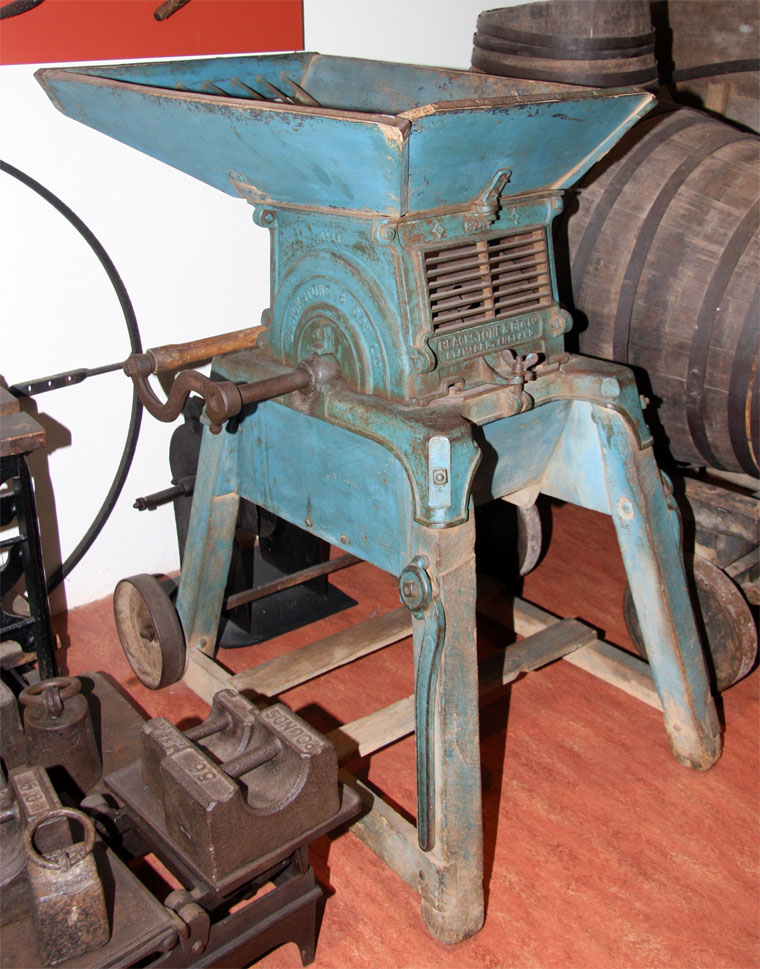 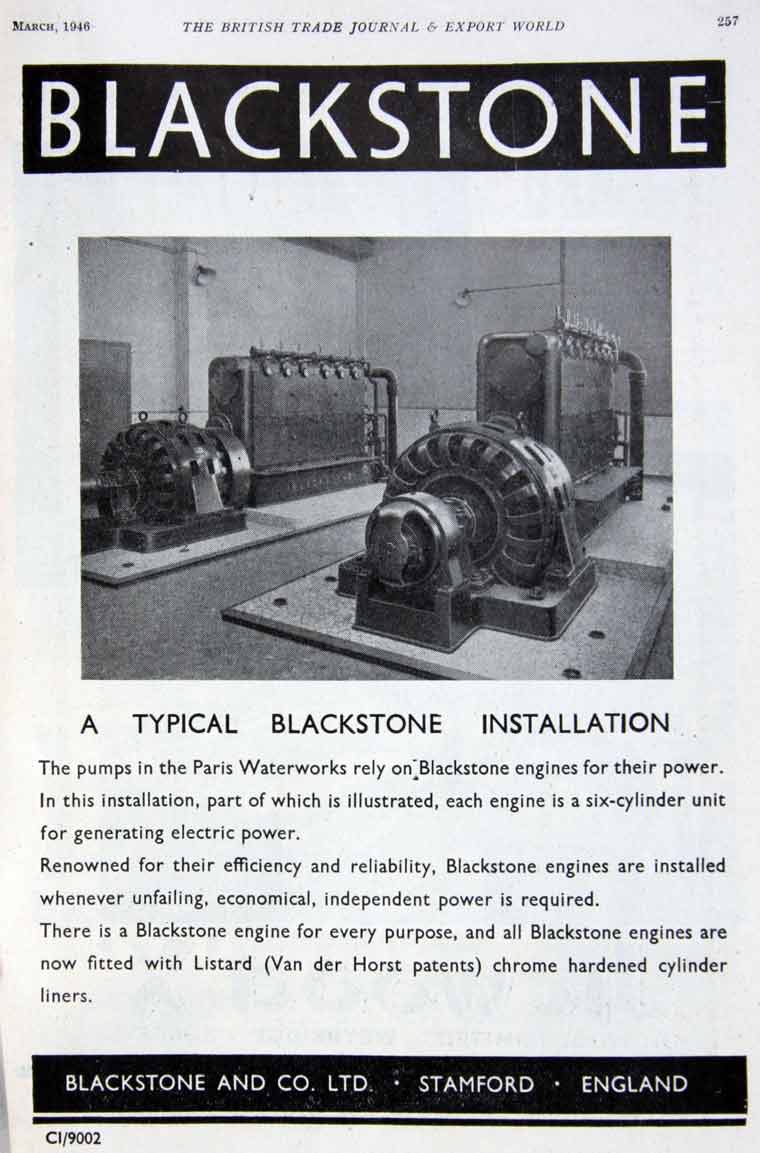 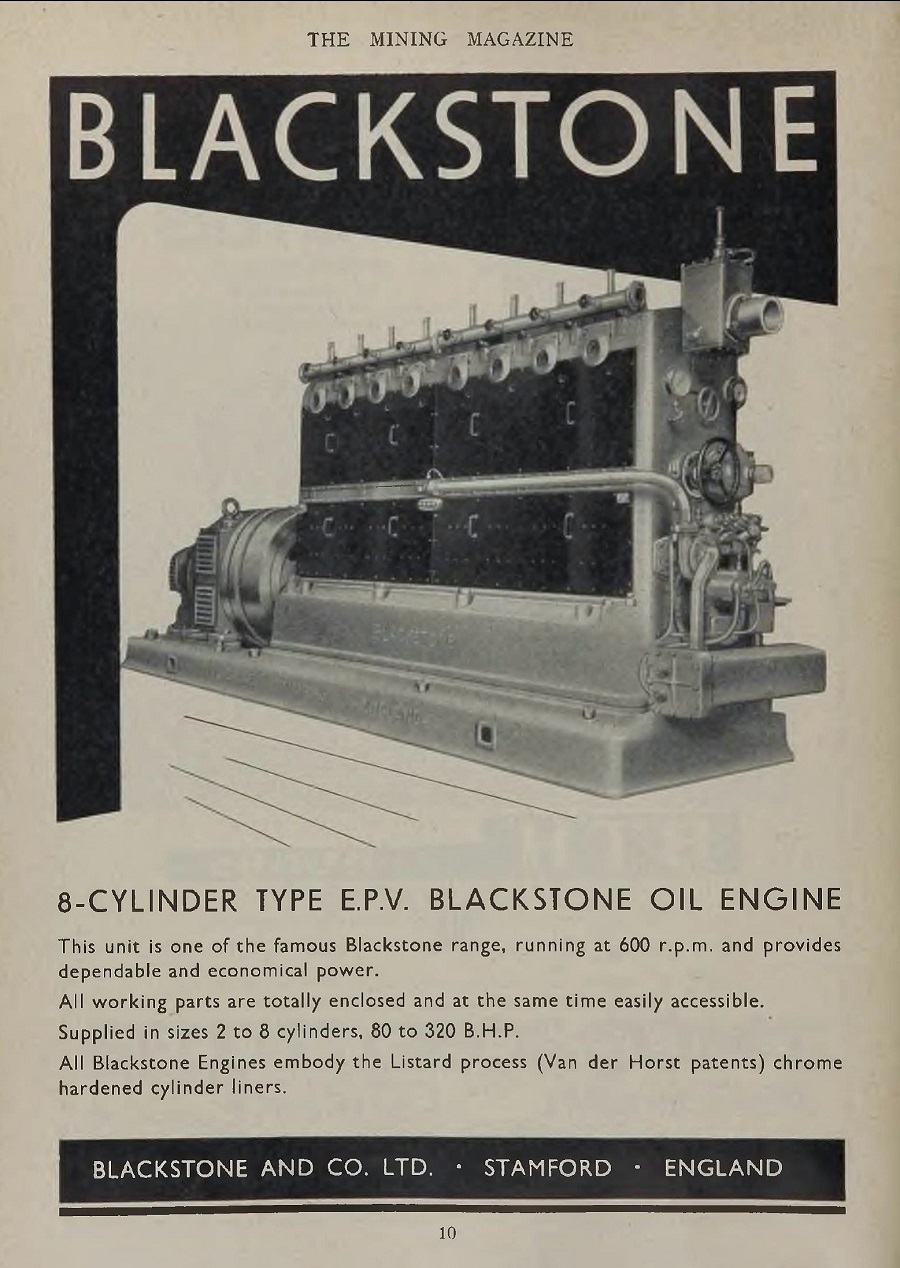 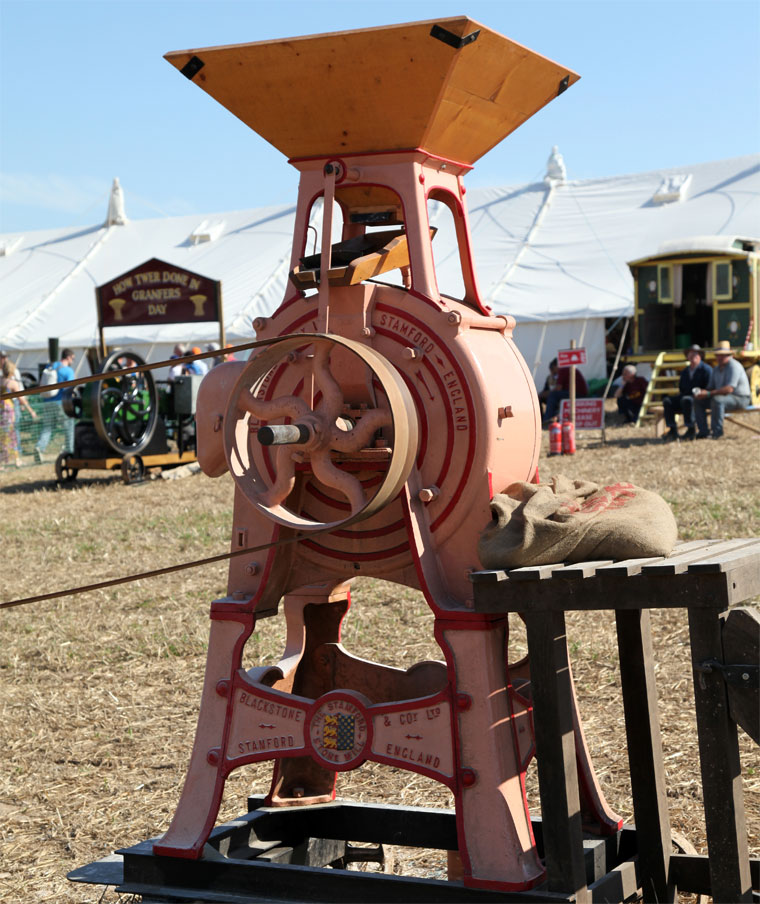 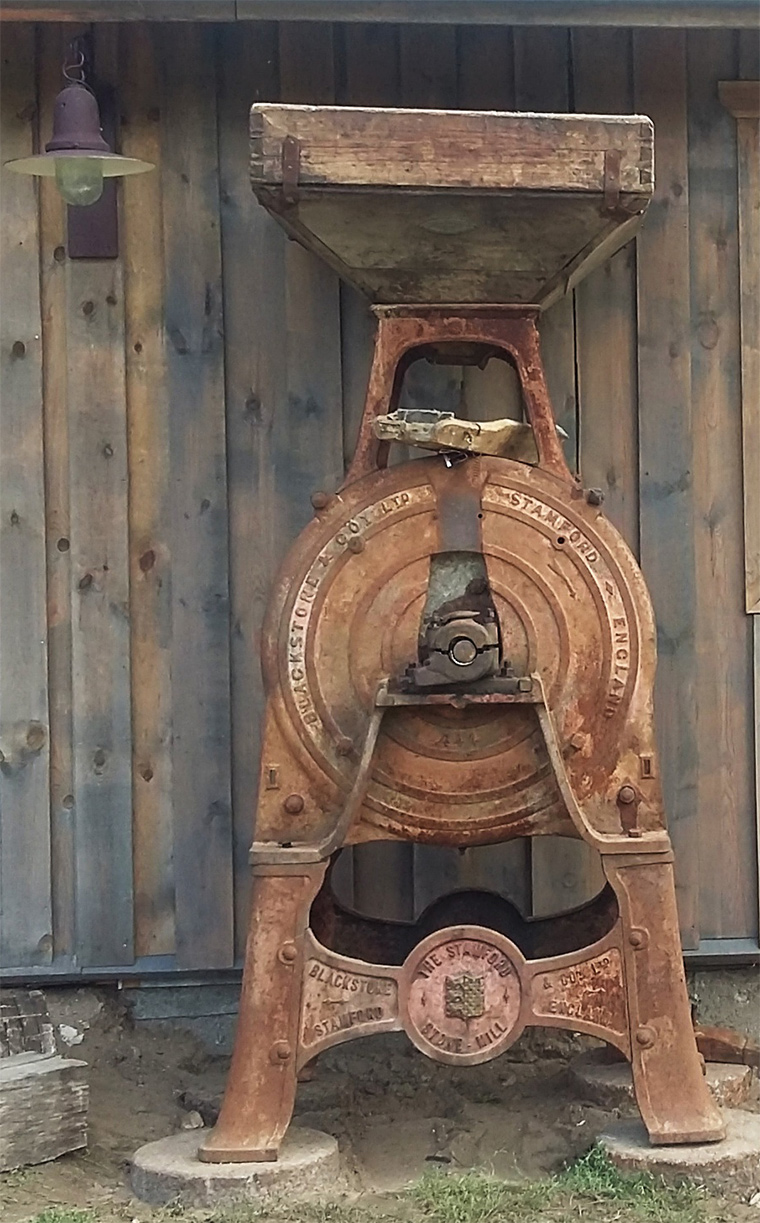 2018. A horse-drawn implement, patented and prize winner from 1907 located in the grounds of Mirehouse near Keswick. (Image: Bob Walton).

2018. A horse-drawn implement, patented and prize winner from 1907 located in the grounds of Mirehouse near Keswick. (Image: Bob Walton).

1889 January 29th. Jeffery and Blackstone became a limited company and changed their name to Blackstone and Co. The directors were:

In addition there were the following shareholders:

1896 Commenced the manufacture of the 'Reliance' oil engine previously made by Carter Brothers (of Billingshurst).

Post WWI. Produced tractors in tracked and wheel versions with a three-cylinder engine

1920 Showed a caterpillar type oil-driven tractor that started from cold on paraffin. It had a 25 hp engine with three-speeds and a reverse and could be used for driving stationary machinery. They also showed sixteen sizes of their crude oil engine with one of 75bhp. There were also a combined swath turner, tedder and side rake. All these were at the Darlington Agricultural Show. [7]

1931 Blackstone's entered into a mutual agreement with Ruston and Hornsby (Lincoln & Grantham) not to produce engines which would duplicate each other's range.

1936 A substantial shareholding in Blackstone's was acquired by R. A. Lister and Co and the 2 companies entered into a cooperative agreement. Ernest Blackstone and Harold Blackstone retired from the board 6 months later[9]. See Lister-Blackstone products.

1939 A working arrangement agreed with Brush Electrical Engineering Co whereby the Brush horizontally opposed diesel engines would be sold exclusively by Blackstone and Co; these complemented the existing Blackstone engines, extending the range which covered 3 h.p to 2000 h.p.[11]

1969 On 1st June, Blackstone and Co and Mirrlees National, another Hawker Siddeley diesel company, were merged and the company traded under the name of Mirrlees Blackstone.