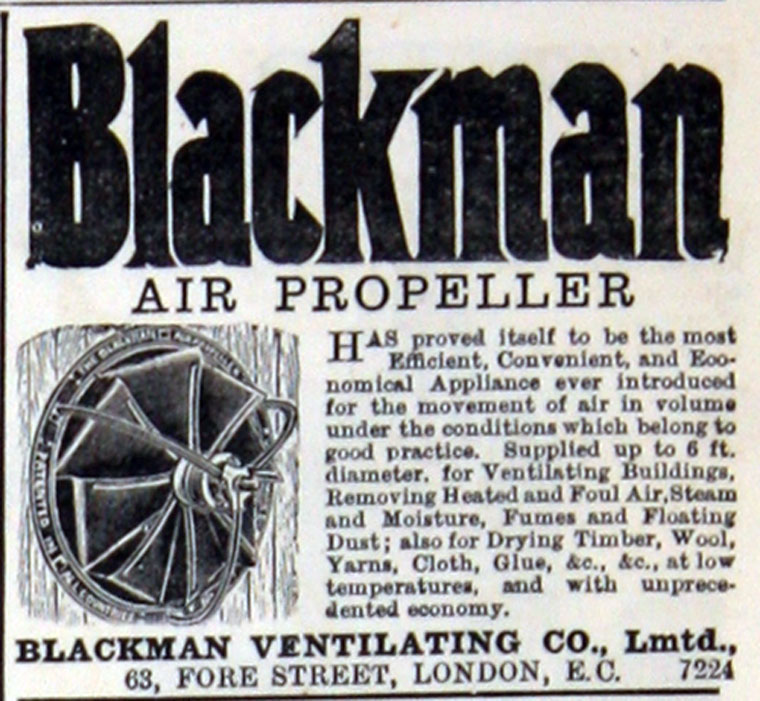 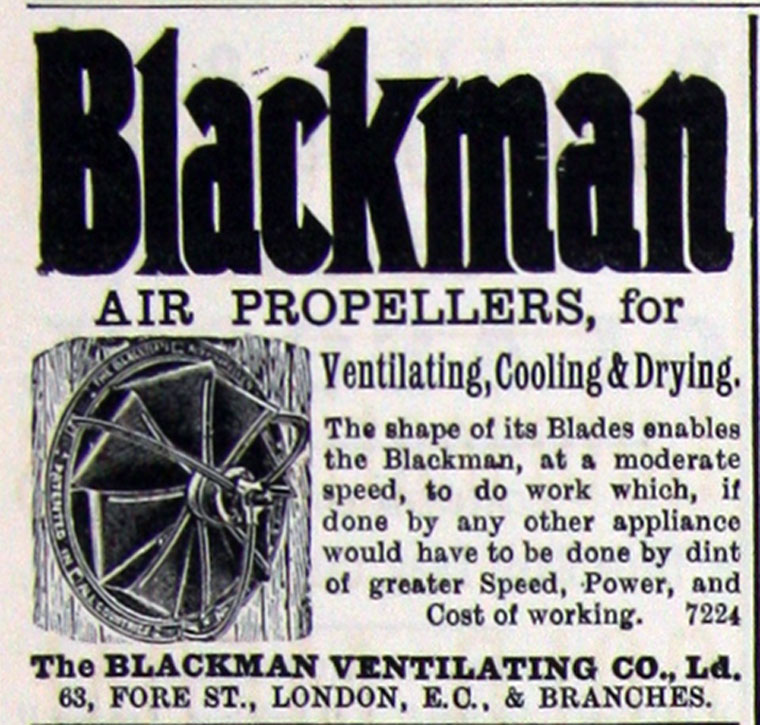 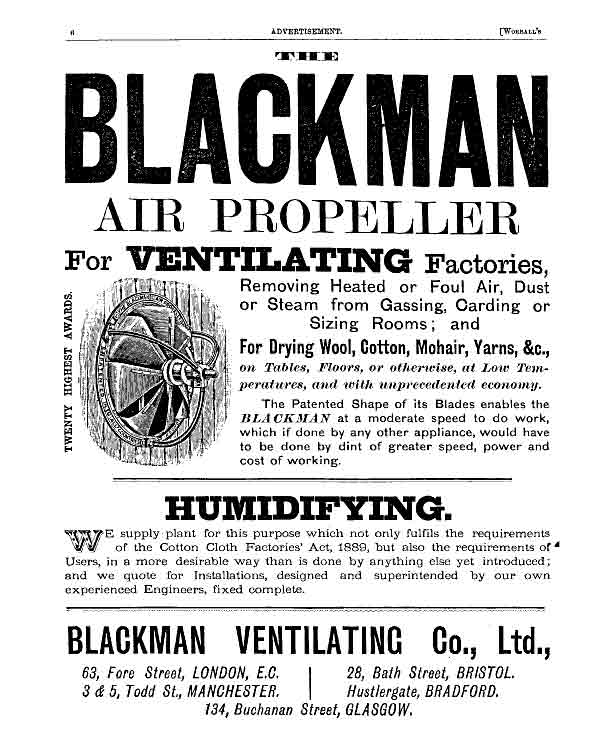 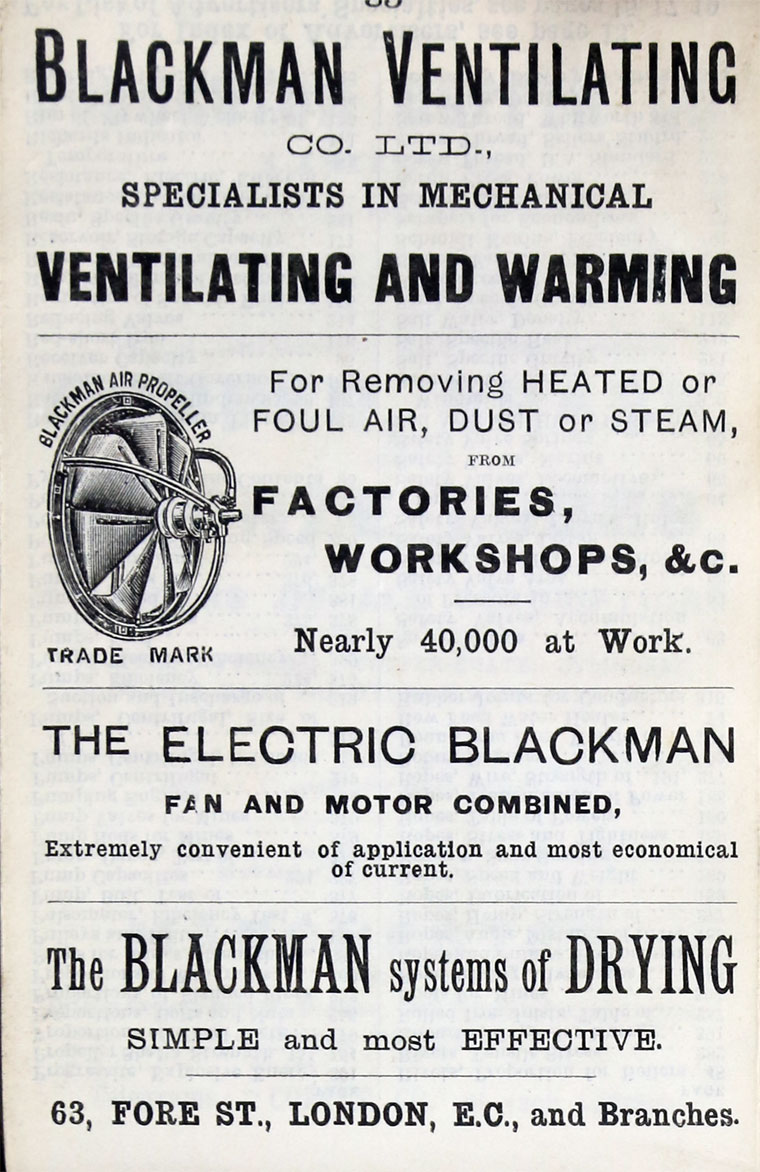 1883 The Blackman Ventilating Co was formed.

1900 Amalgamated with the business of James Keith, heating engineer of London and Arbroath, under the title James Keith and Blackman Co.