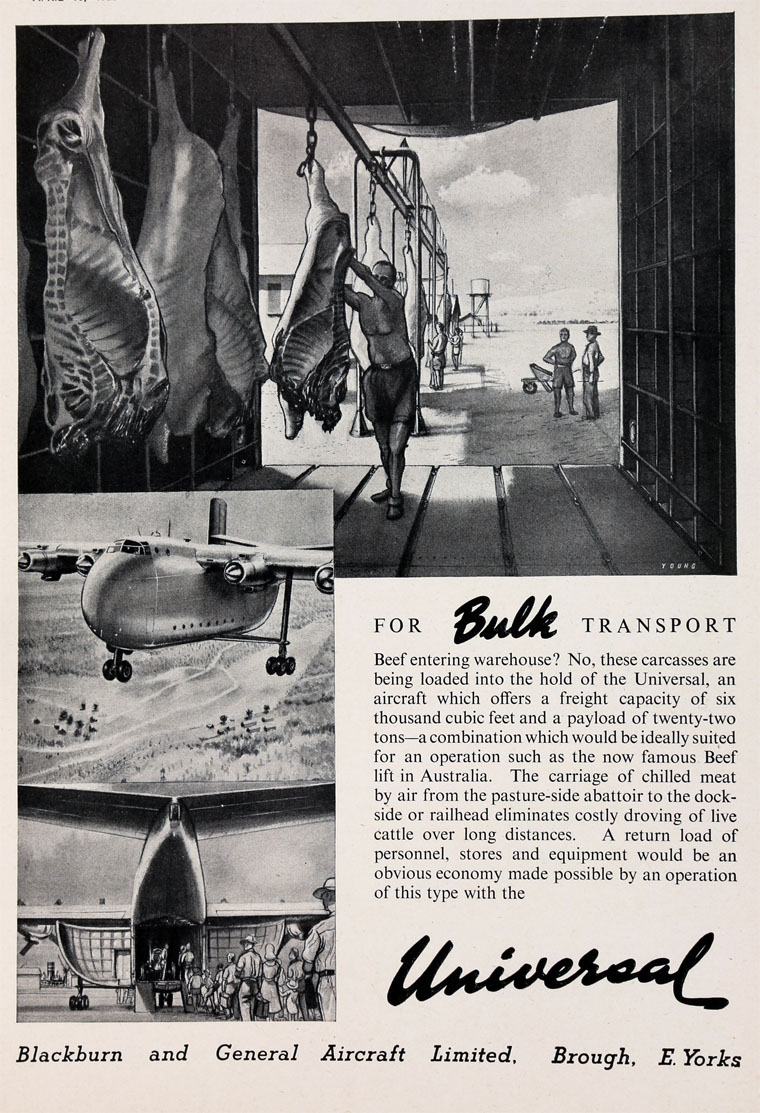 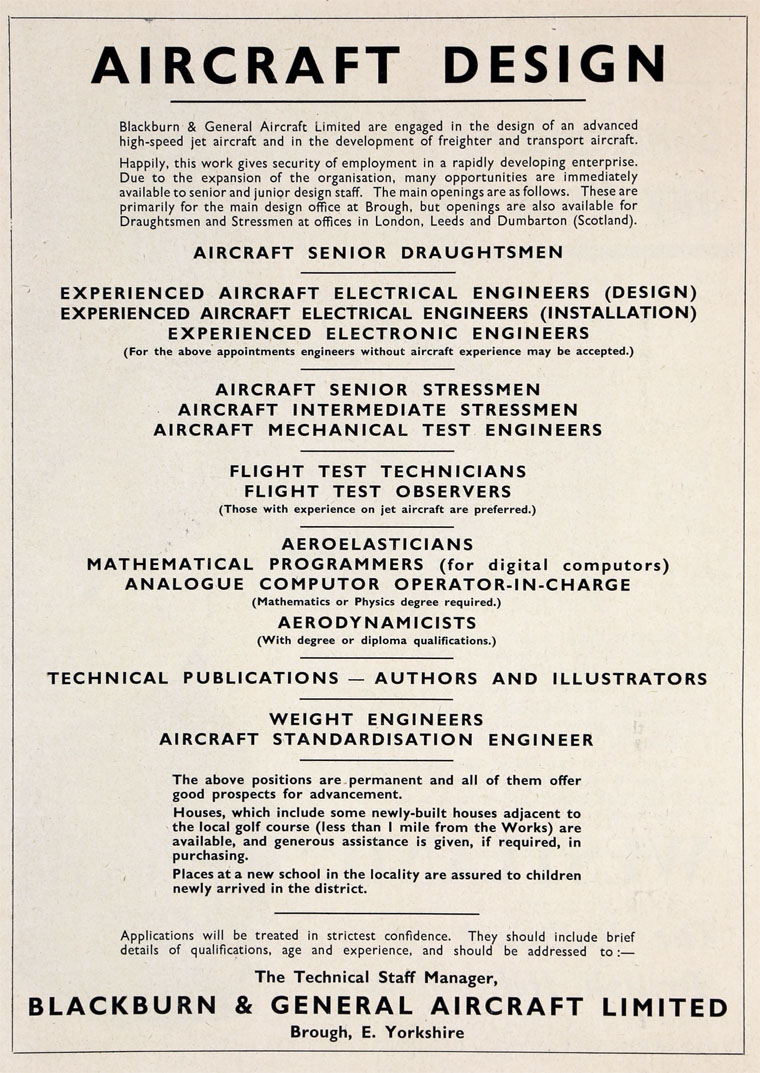 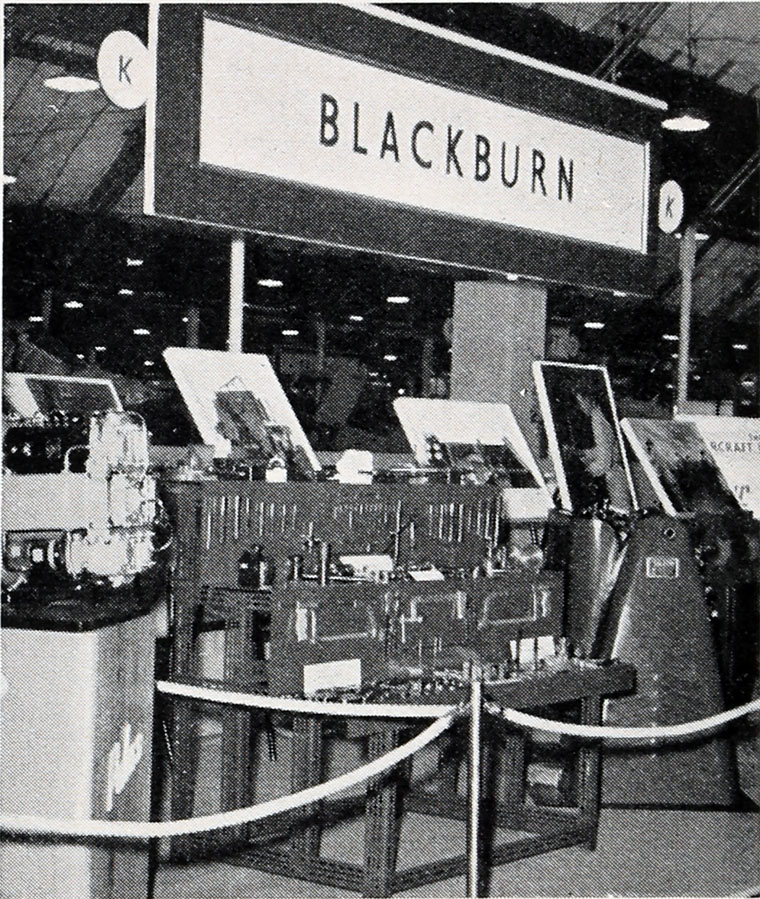 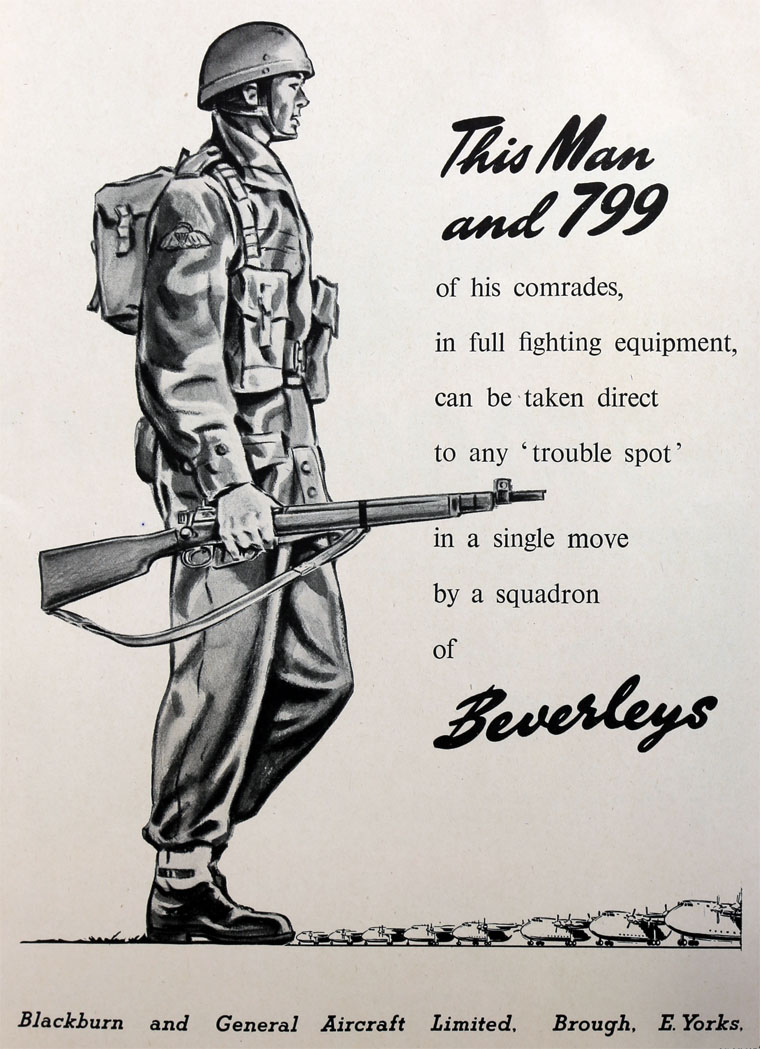 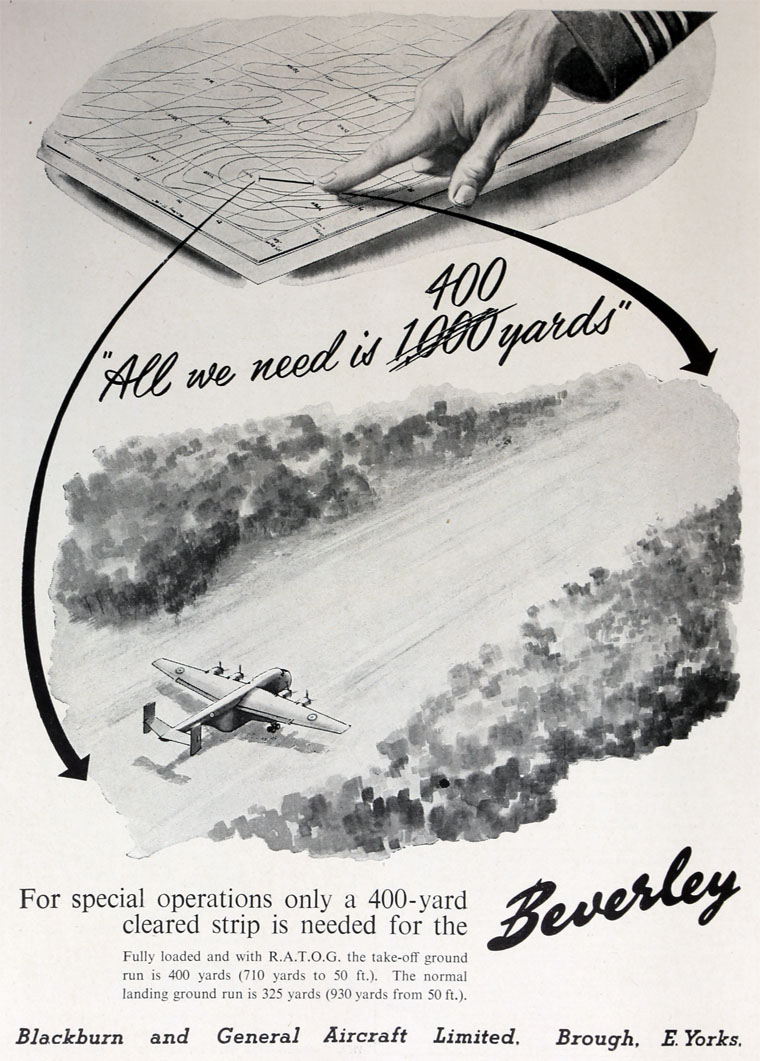 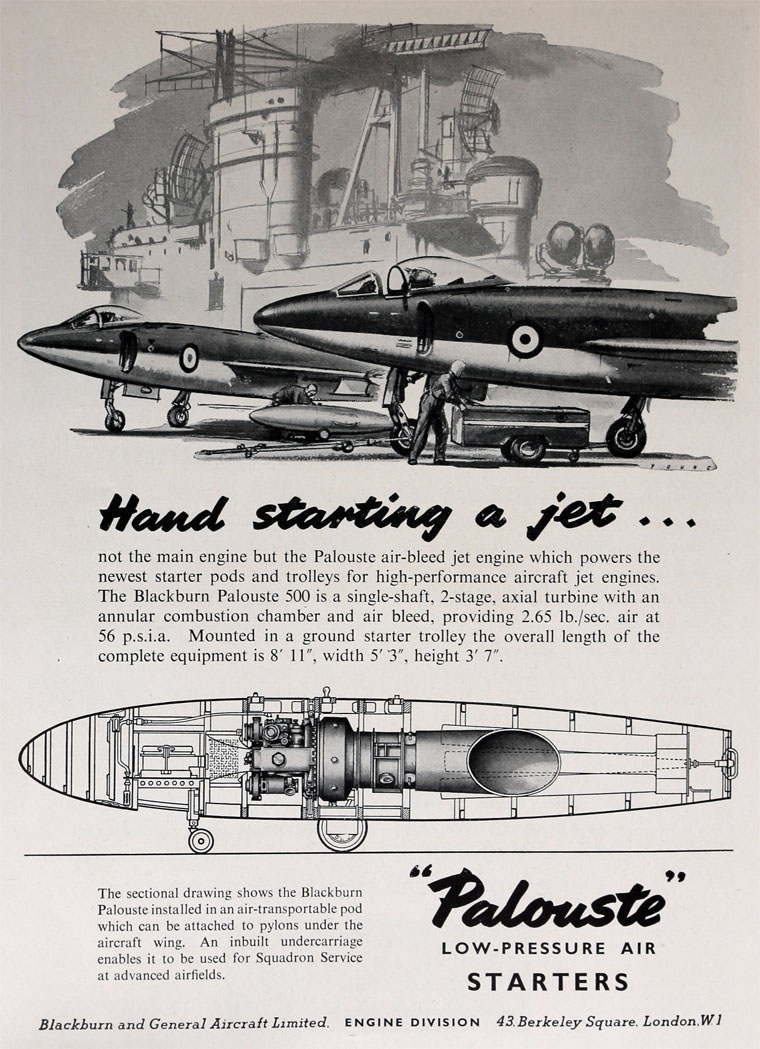 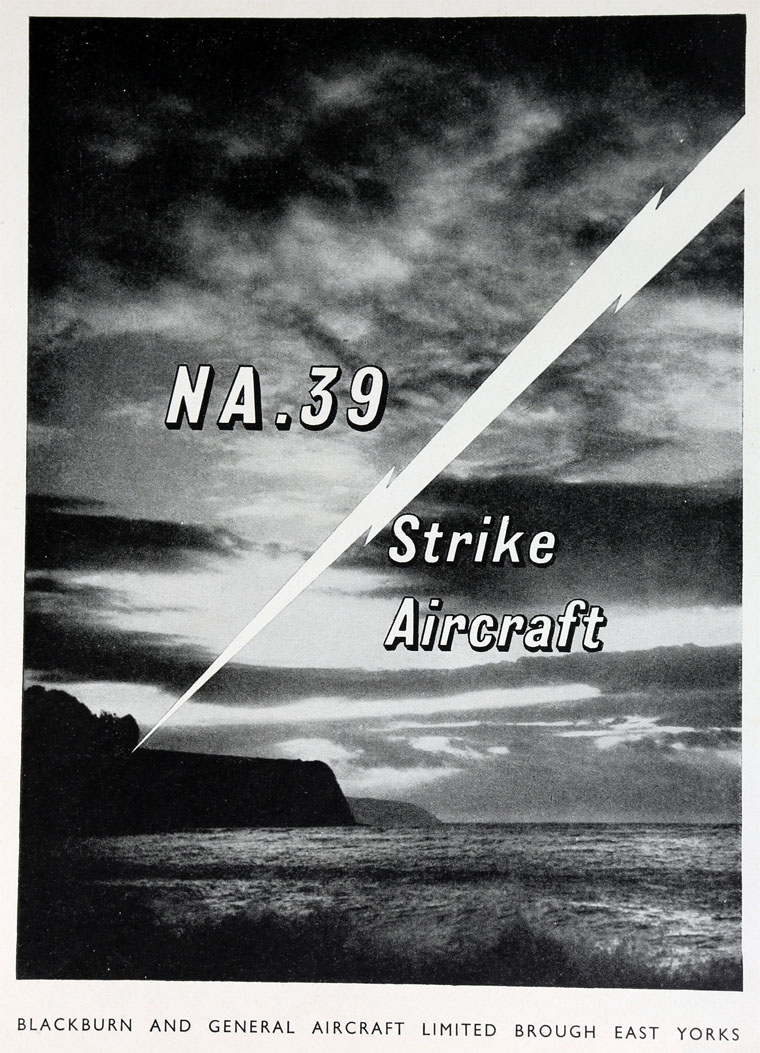 1949 The Blackburn Aircraft Co amalgamated with General Aircraft as Blackburn and General Aircraft as part of a post-war move to consolidate aircraft manufacturing. Reduction in demand for Percival Prentice aircraft and for Cirrus engines which were used in light aircraft. Subsidiary Humberside Agricultural Products Co Ltd delivered its first tractor[1]

1950 Board-room splits left the company without a permanent managing director for some time. The Feltham factory was closed and work moved to Brough. The Universal freighter had its first flight. Future work at Dumbarton was put in question because of change in government policy about building houses[2]

1953 Production of the Beverley, the military counterpart of the Universal, was being ramped up for the RAF. The flying school was shut because of change in policy for service training[4]

1956 Acquired Jowett, which had been a maker of cars[5]. One third of Group turnover came from sources other than the Government[6]

1958 Beverley production ended; the N.A.39 was only just at the prototype stage[7]. Set up separate unit to make and sell electronic equipment for industrial applications, making use of the experience of the company's electronics department[8]

together with existing subsidiaries[10]: