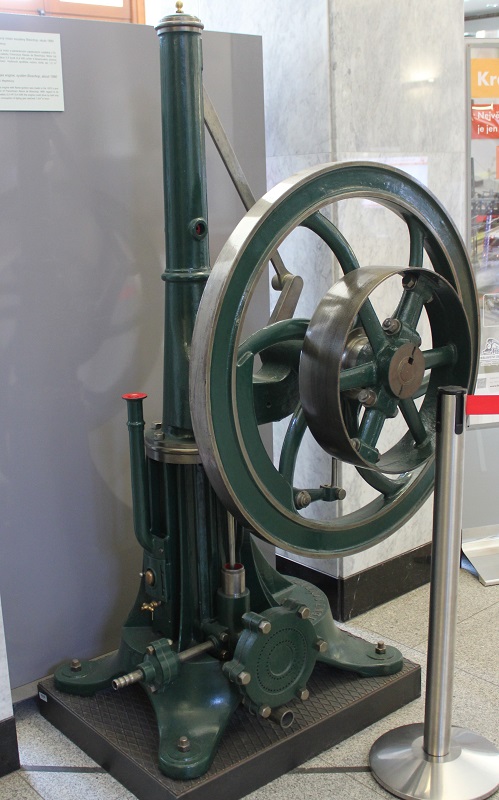 c.1880 engine by Sombart of Magdeburg, on display at Prague National Technical Museum 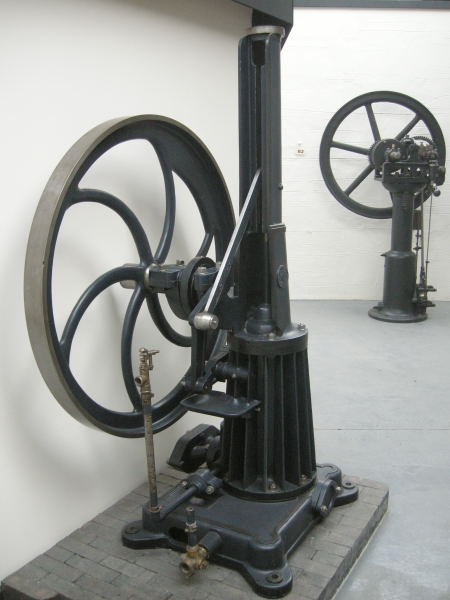 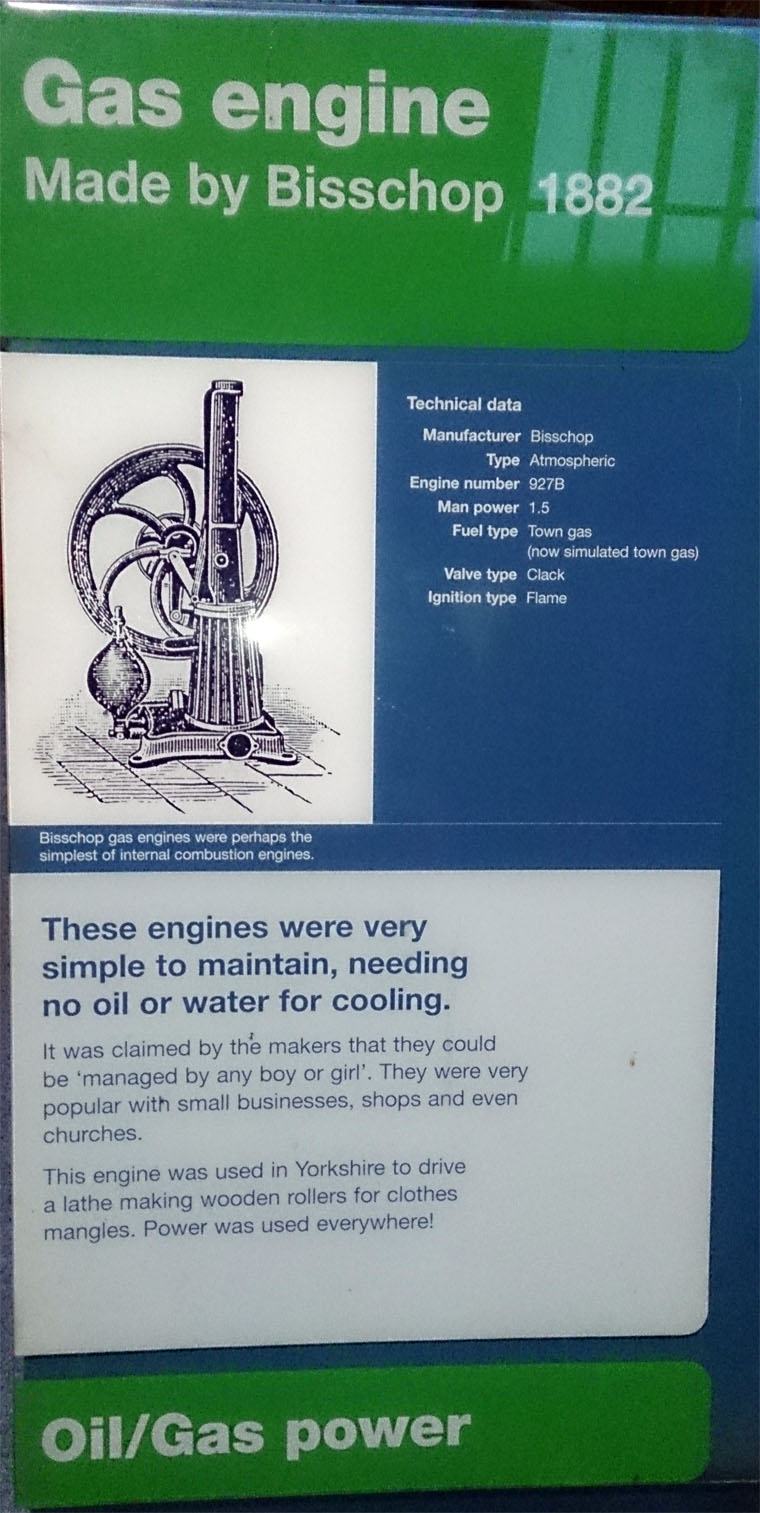 1882 engine at Manchester's Museum of Science and Industry, 2016 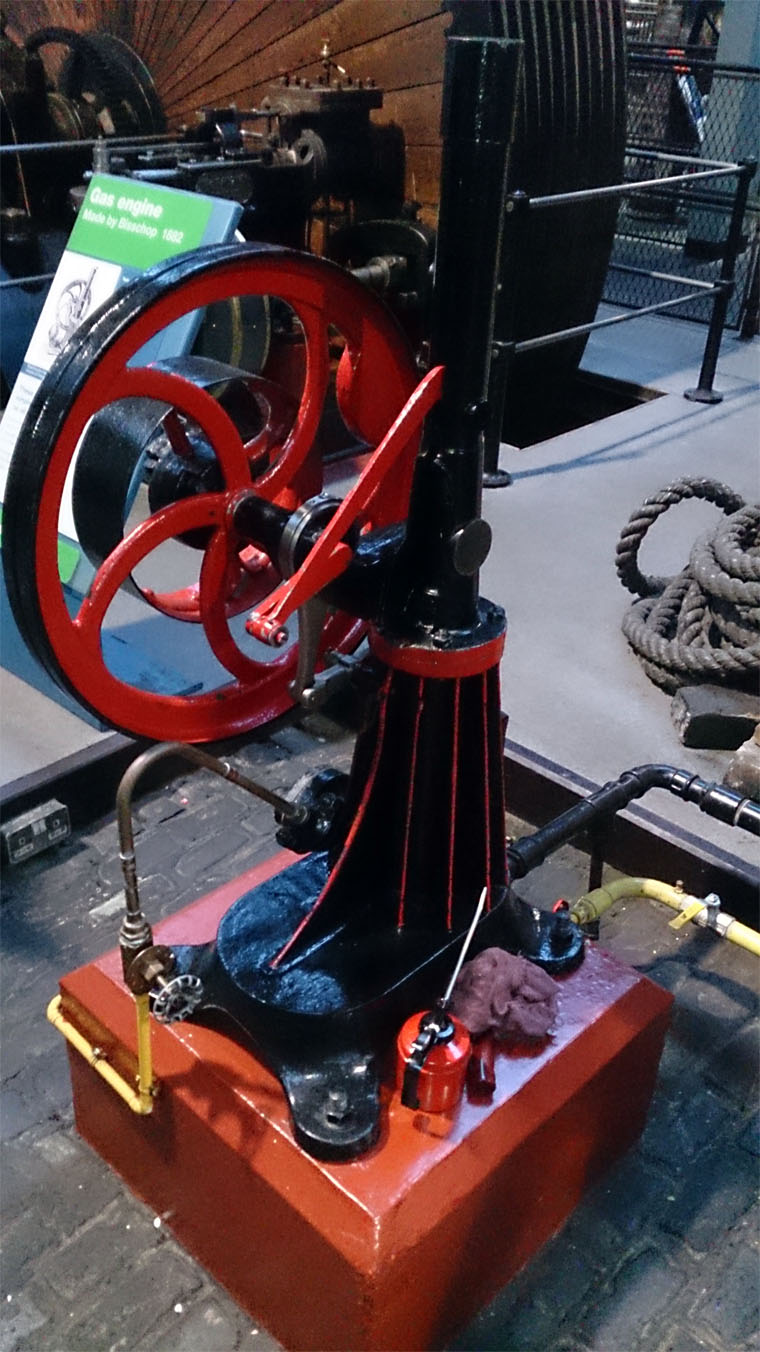 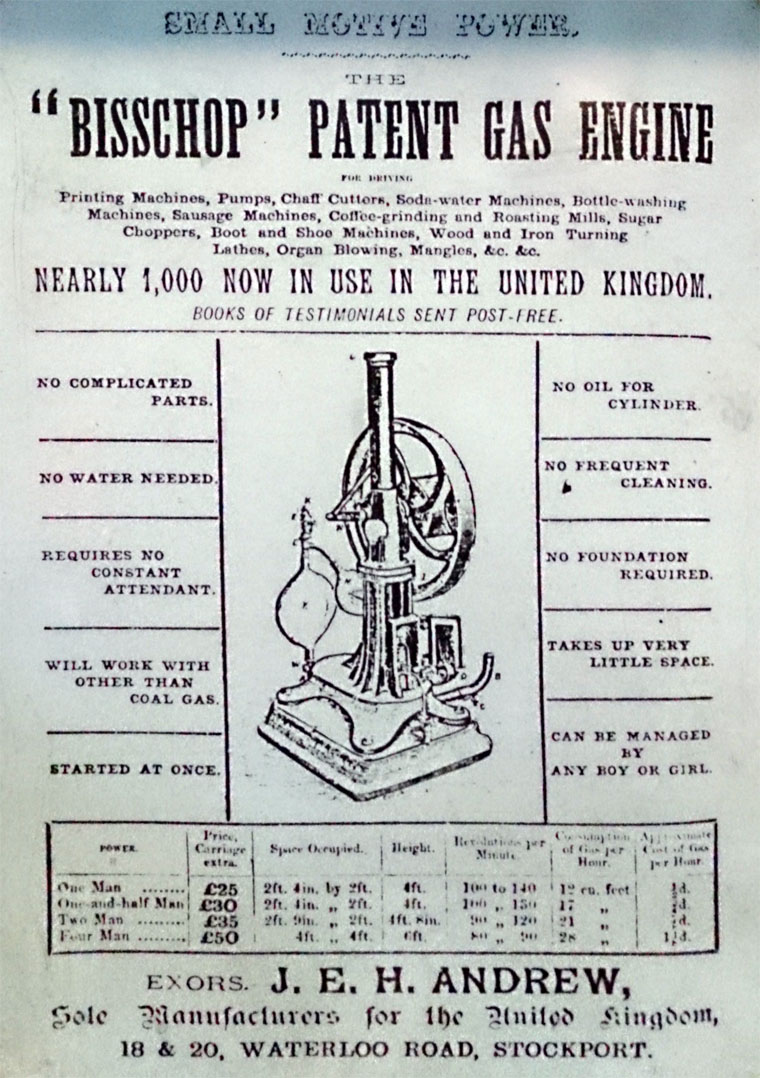 Exhibit at Manchester's Museum of Science and Industry, 2016

The engine is described by Lyle Cummins as the most successful non-compression engine ever built (the best known examples in this category were the Lenoir Gas Engine and the Hugon Gas Engine. Although gas consumption was relatively high (compared with the Otto and Langen atmospheric engine), it needed no cooling water, it was reliable, and its small size and output and low cost made it attractive for applications needing modest power.[1]

It is described as a non-compression engine since there is no compression of the air/gas mixture before its admission to the cylinder. The thermodynamic cycle is very similar to that of the Otto-Langen engine where the air/gas mixture is admitted early in the expansion stroke followed by ignition of the mixture, with exhaust occurring during the return of the piston. It was the adoption of a slider-crank mechanism that significantly reduced noise and vibration. The small power output of the engine required its rating to be in manpower rather than horsepower units, where one manpower is approximately 125 watts.[2]

The principal French makers were Mignon et Rouart of Paris.

1878 J. E. H. Andrew and Co were granted a licence to build the engine in the UK. It was more popular in England than in France, probably because gas was cheaper. Some 2,000 engines were built in England before production ceased in 1894.

Buss, Sombart and Co of Magdeburg produced the engine under licence between 1878 and 1886.