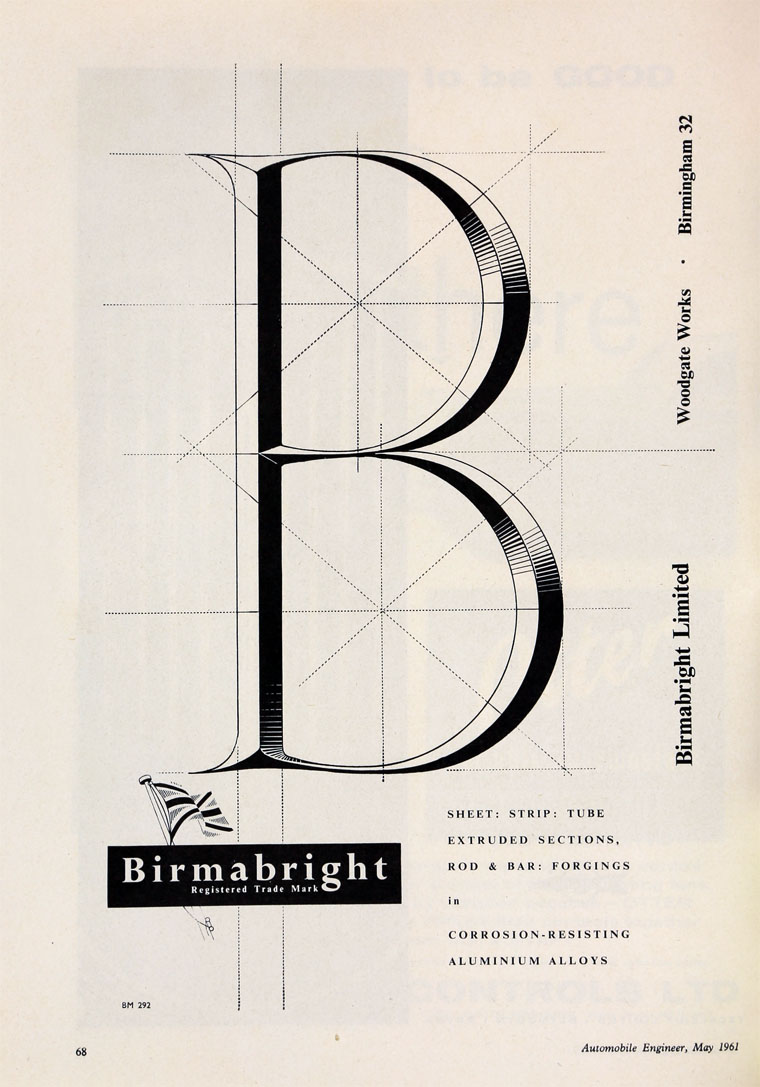 Birmabright is a trade name of the former Birmetals Co. (Birmabright works in Clapgate Lane, Quinton, Birmingham, UK) for various types of lightweight sheet metal in an alloy of aluminium and magnesium. The constituents are 7% magnesium, sometimes 1% manganese, and the remainder aluminium. The BB2 is one example, of which equivalent specifications are British standard NS4, American 5251 and ISO designation AlMg2.

Gas welding of Birmabright is easier than that of pure aluminium and may be carried out using scraps of the same material as a filler rod.

Birmabright is best known as the material used in the body of the Land Rover and other classic British vehicles. The doors, boot lid and bonnet of most Rover P4 models were also Birmabright, however towards the end of production this was changed to steel to reduce costs.

JG on 22 December 2012 writes: The first Birmabrite express cruiser in the world is called Diana II, London and is still in operation at Dumbarton, Scotland. This vessel attracts attention where ever she sails and is a credit to Britain and development of an aluminium company