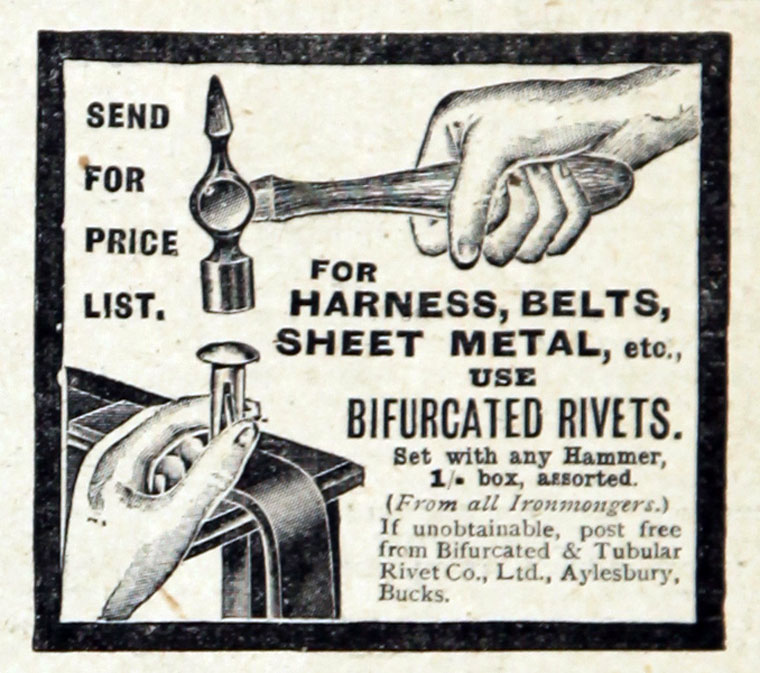 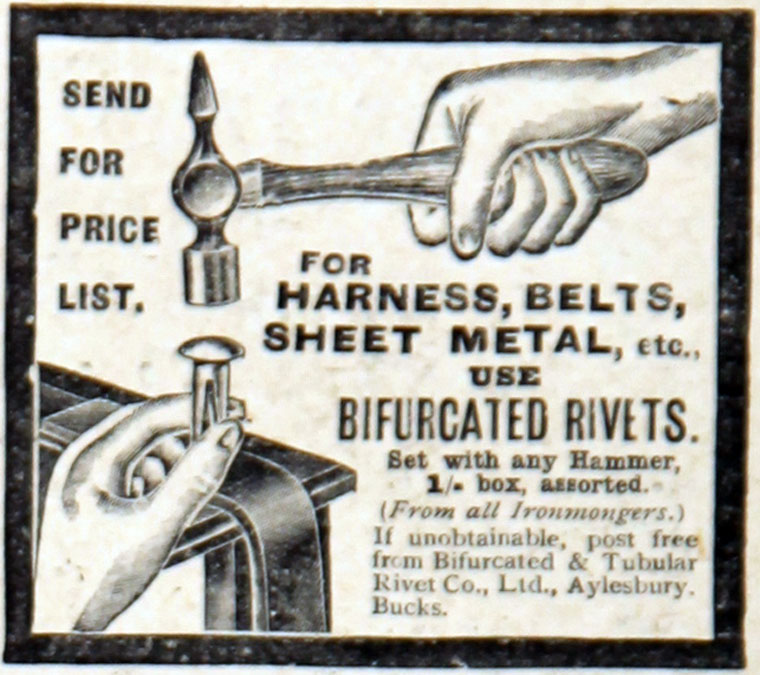 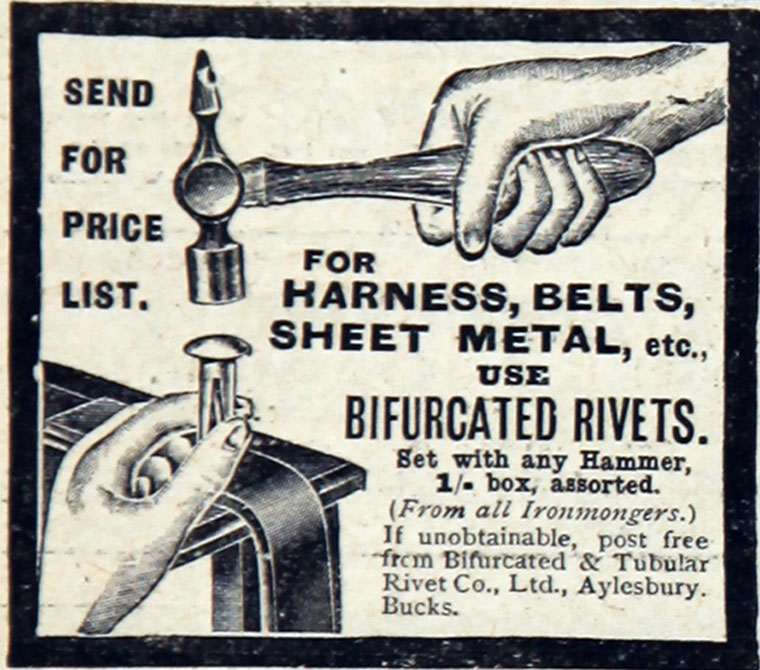 1892 The Bifurcated Rivet Co was established as a private company, initially manufacturing bifurcated rivets to Thomson's Patent Bifurcated Rivets, an American product. The factory was in Warrington[1]

1910 Moved to a new, larger factory in Aylesbury

WWI. The company manufactured rivets for soldiers' boots and tyre studs in the First World War.

1948 Shares listed on the Stock Exchange. The company was a maker of special rivets for a variety of applications in a range of industries and automated machines for setting the rivets[6]

1961 Manufacturers of rivets from steel and non-ferrous wire, and rivet setting machines for home and overseas markets, specialists in design and manufacture of automatic-feed machines for setting rivets in component parts. 600 employees. [7]

1965 AGM told that the subsidiary Black and Luff had had a successful year; Aylesbury Automation was firmly established[8]

1968 All companies in the group achieved record sales; the AGM in 1969 was told that the name of the company was to be changed to Bifurcated Engineering[9]