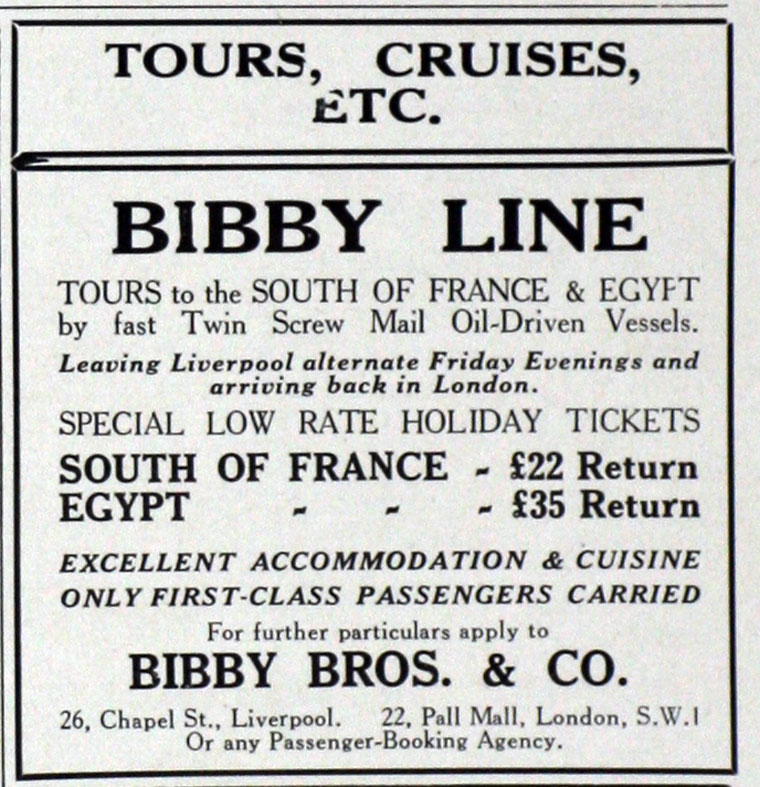 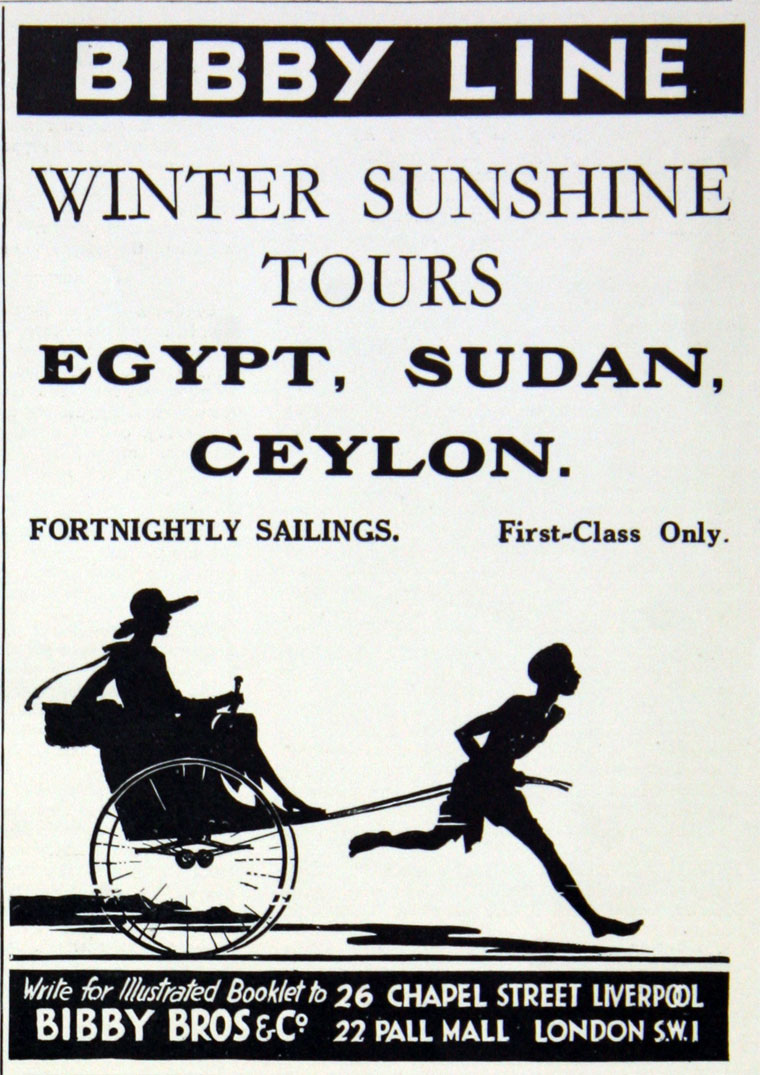 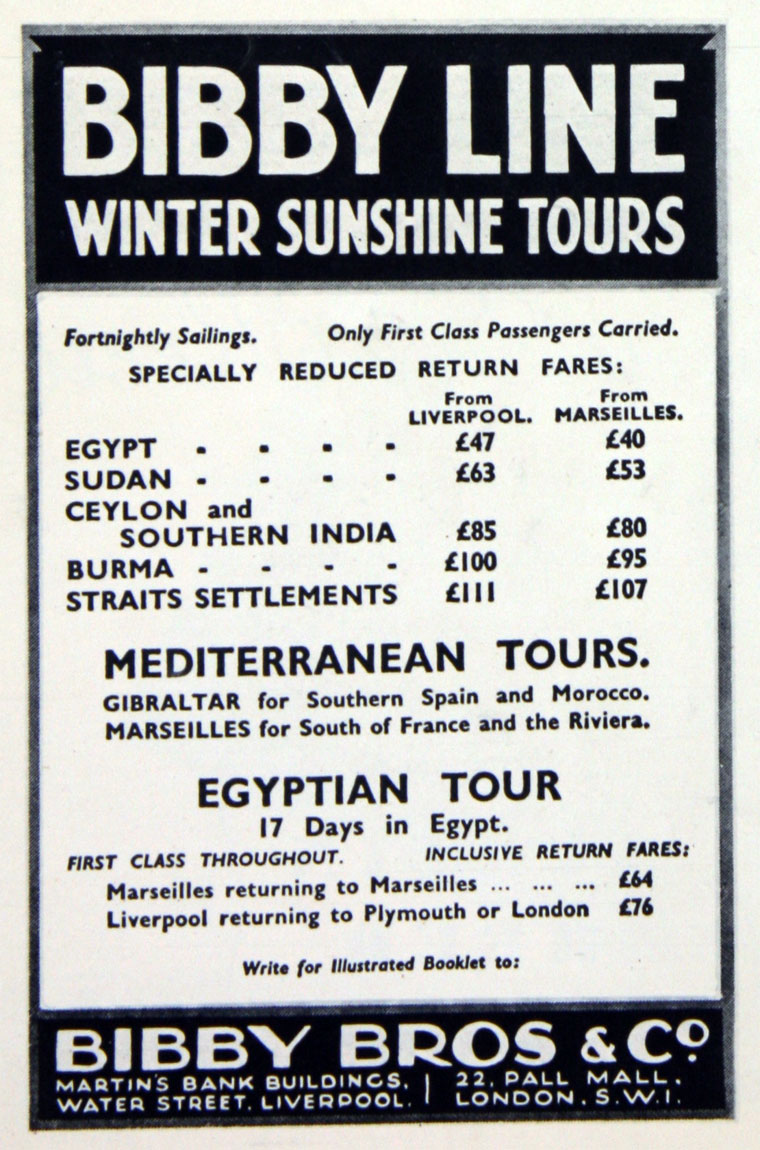 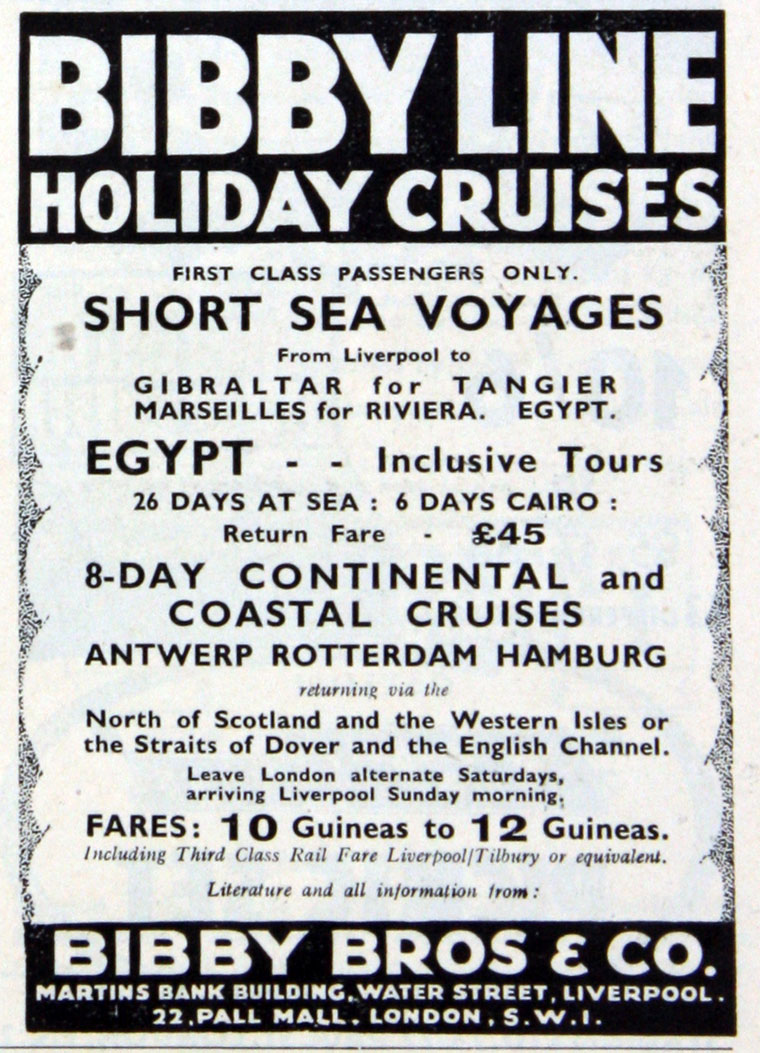 1889 The Bibby family returned to the shipping business when they started Bibby Brothers Ltd. which later changed its name to the Bibby Steamship Company. It worked in partnership with Paddy Henderson’s British and Burmese Steam Navigation Co providing passenger services to Burma, cruises in the Mediterranean, and troop transports.

The company became known as the Bibby Line (see advert)

1931 The name of the company was changed to the Bibby Line Ltd.

After WW2 services to India and Burma declined.

The company went into bulk carriers and LPG transport.

1955 Following the example of other shipping companies, Bibby Line formed an alliance with an independent airline - Skyways - to increase the capital available to that company which would take over operation of 4-engined aircraft on long distance services from its associated company Lancashire Aircraft Corporation which would restrict itself to internal flights[1]

The company joined Seabridge and took over the Bristol City Line in 1971.

Bibby Line Ltd are still in business, operating from the Isle of Man. They own chemical and gas carriers and accommodation vessels.