Grace's Guide is the leading source of historical information on industry and manufacturing in Britain. This web publication contains 148,419 pages of information and 233,871 images on early companies, their products and the people who designed and built them. 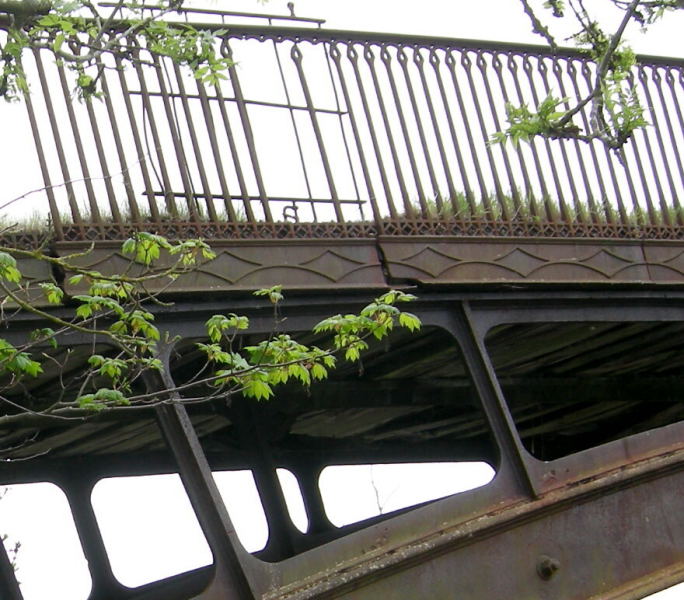 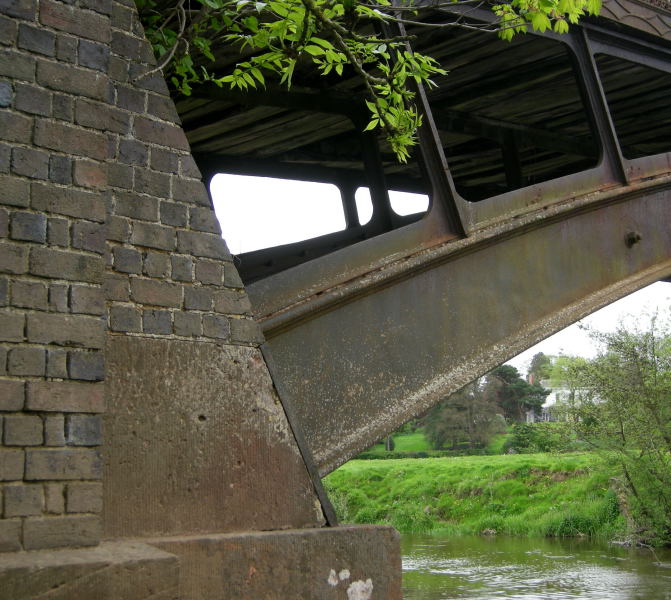 at Bevere, near Worcester

Little is known about this handsome cast iron bridge, which crosses a branch of the River Severn to join the tiny Bevere Island with the rest of the world. Said to have been built in 1844, as compensation to the landowner for some inconvenience he presumably suffered when a weir was constructed, and a lock was built on the adjacent leg of the Severn. It was intended for pedestrians and cattle.

The cast iron parapets are in a precarious state, as is the wooden decking (see photos). Above the wooden planks is a layer of stone setts, bricks and concrete. The abutments are made from stone and blue engineering bricks.

The site can only be approached on foot, via footpaths through fields from Bevere village.

Note: Bevere rhymes with every.