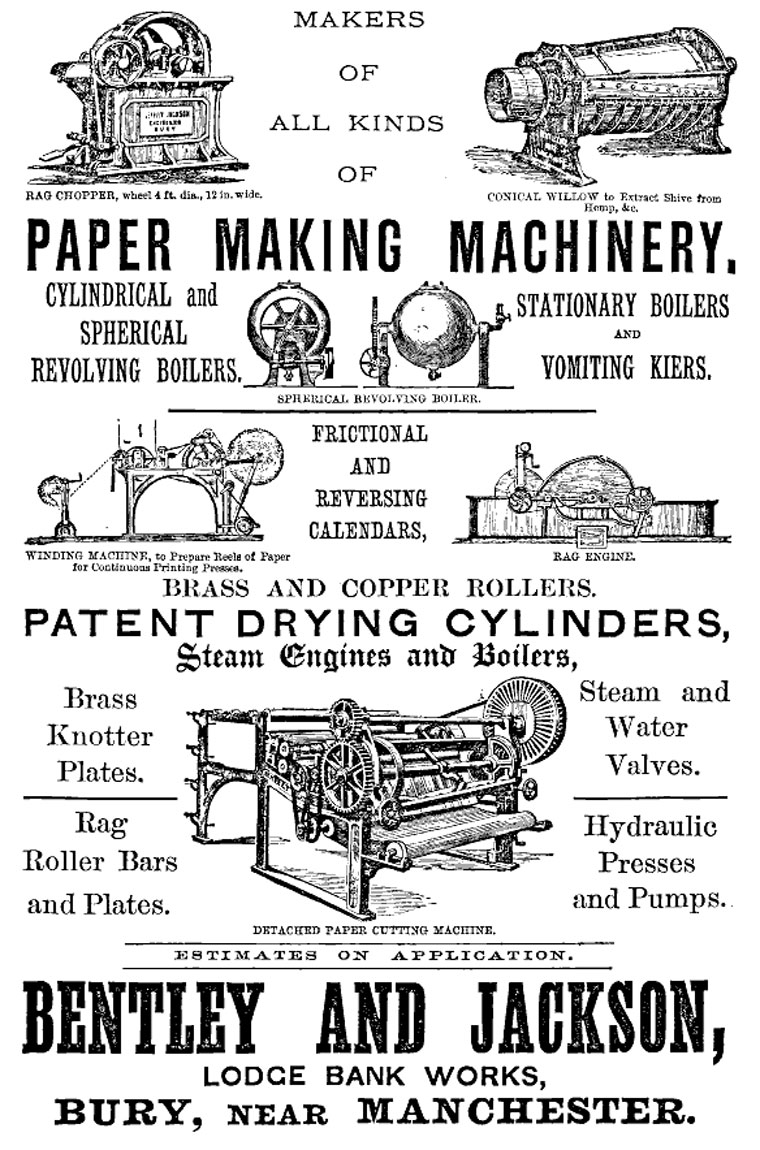 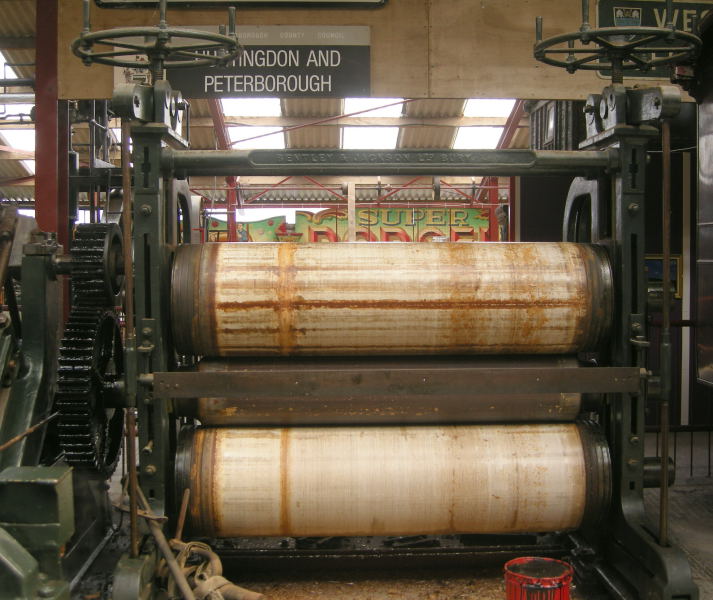 Maker of machinery for the papermaking and bleaching trades, of Bury, Lancashire

1879 'SAD ACCIDENT TO A FITTER — A sad accident happened on Tuesday morning at the iron foundry of Messrs. Bentley & Jackson, Lord-street, Bury, to a man, 51 years of age, named Aaron Ashworth, who resides at No. 7, Smith-street, Freetown. It appears that he is a fitter, and has been employed lately in putting up water pipes. There is in course of formation at the waterworks a place for drying moulds, and a cellar has already been sunk. A board has been placed over this opening, and a smaller board reaches from this board to one of the sides. At about nine o'clock in the morning Ashworth was walking along the shortest of the boards, when it suddenly "tilted" over, and he was precipitated to the bottom of the cellar, which is about three yards dee, his left thigh being broken through coming into contact with one of the partition walls ; he was also severely shaken. He was immediately picked up, and conveyed to his home, Dr. Telford being called in to set the broken limb. Ashworth, who is progressing as satisfactorily as can be expected, states that when he left home in the morning he told his wife he did not quite like the job he was doing, and seemed to have forebodings of an accident or something of the kind.'[2]

1880 Partnership change. '... the Partnership heretofore subsisting between the undersigned, Daniel Bentley and John Broad Jackson, carrying on business at Lodge Bank Works, Bury, in the county of Lancaster, as Ironfounders, under the style or firm of Bentley and Jackson, has this day been dissolved, by mutual consent, so far as regards the said Daniel Bentley, who retires therefrom. All debts due to and owing by the said late concern will be received and paid by the said John Broad Jackson, who will continue the business as heretofore, in partnership with George Bentley, under the aforesaid style or firm of Bentley and Jackson....'[3]