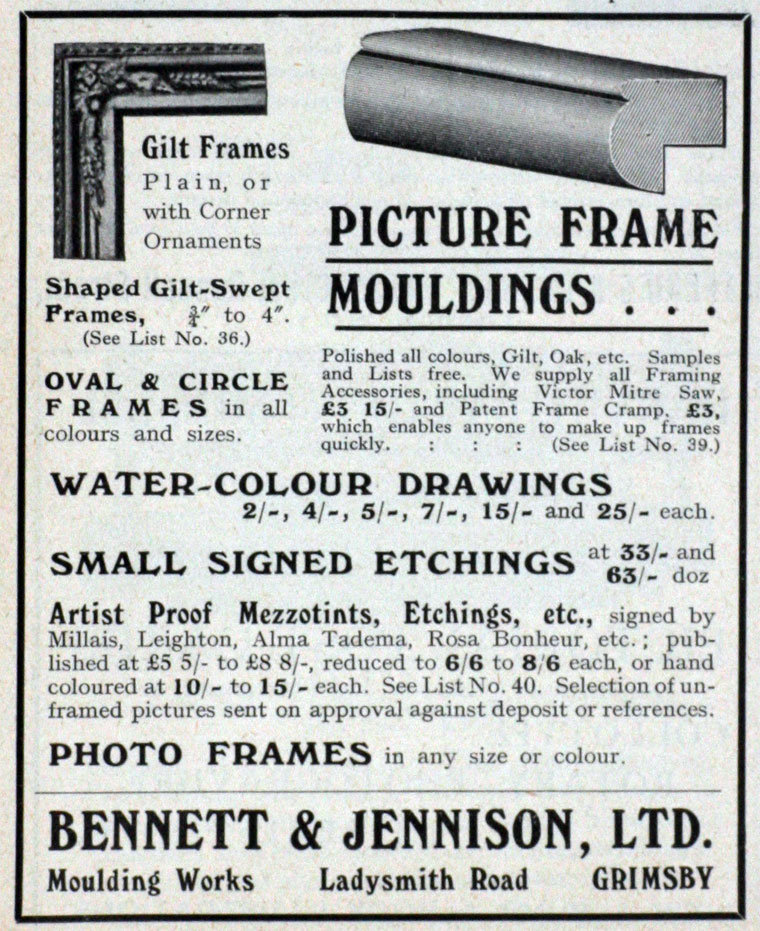 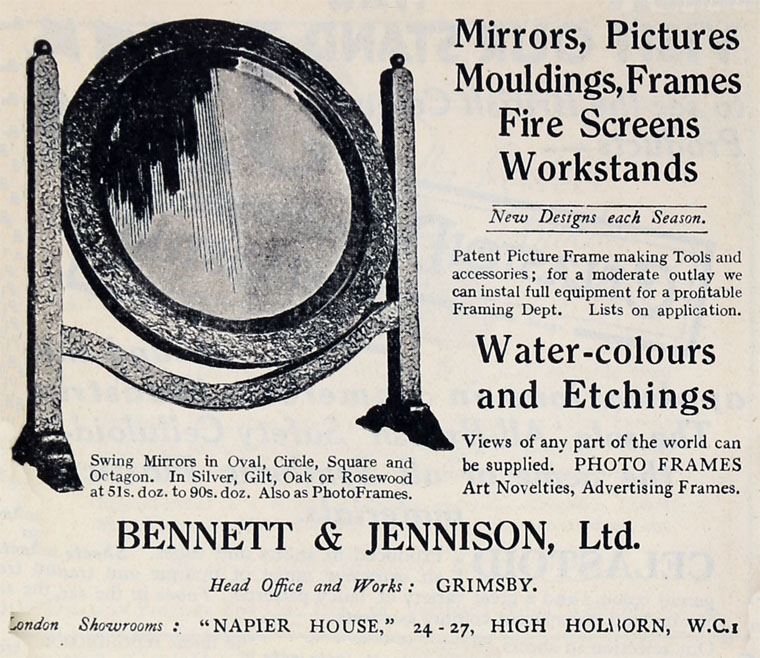 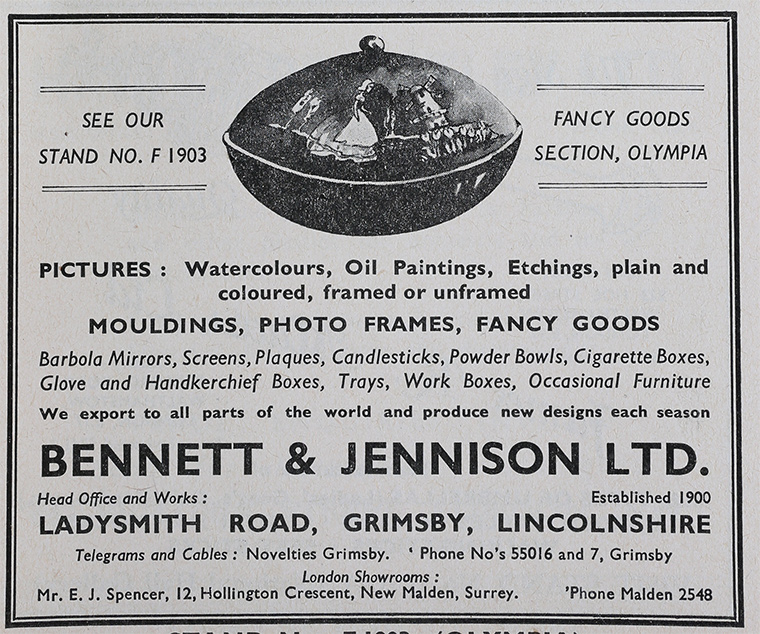 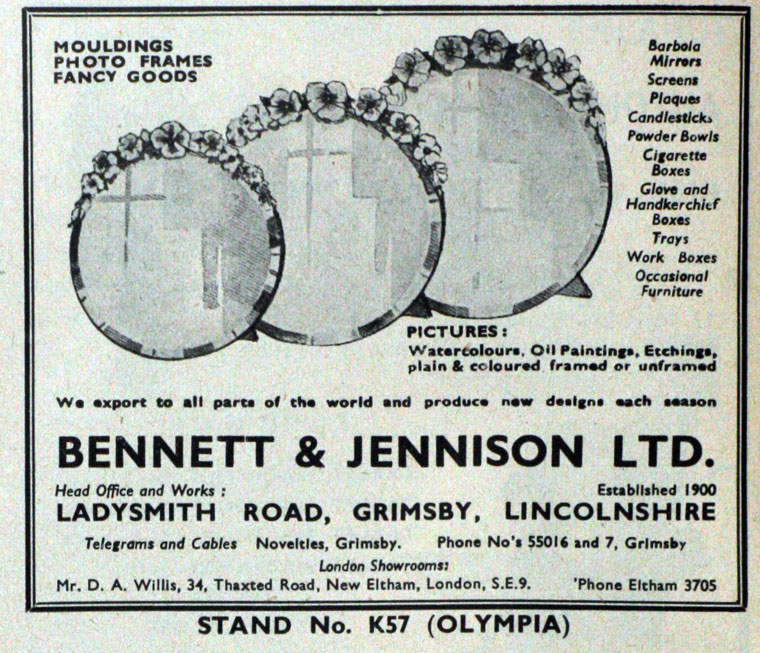 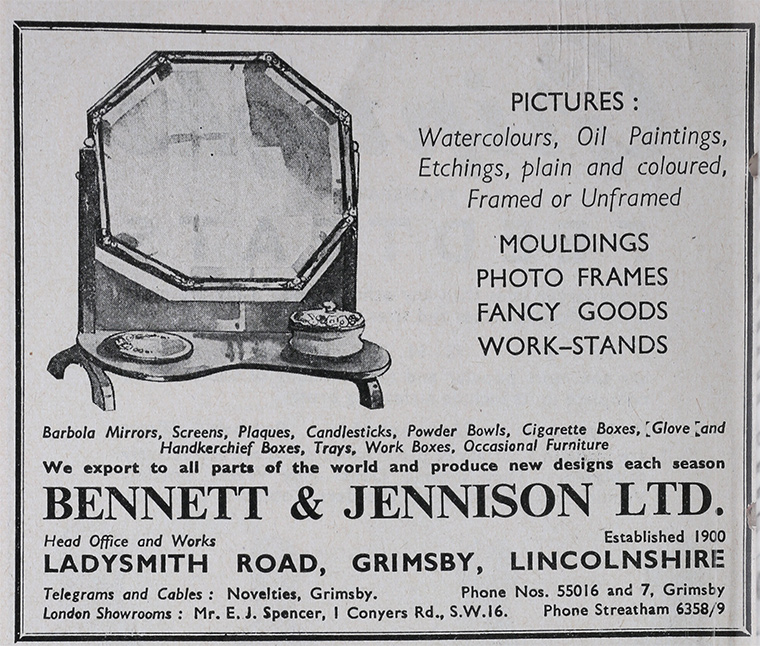 ca.1902 The origins of the business may lie with Solomon Bennett, who advertised as a carver, gilder and artistic picture framer, established in 1868, also offering his services as a plumber, glazier, gasfitter and wholesale glass merchant and importer, from 82 Cleethorpes Road (Grimsby and Cleethorpes Directory, 1902).

1909 Listed as fine art publishers in the telephone directory.

1914 It was claimed that most mouldings in Britain were foreign in origin but that Bennett and Jennison were producing British mouldings.

1917 There was a fire on their premises.

1930 Advertised swept frames, antique gilt frames for artists and exhibitions, offering lists and moulding patterns on application, describing themselves as the largest frame and moulding works in Great Britain.

1951 The business was offering exhibition frames for artists in 'Antique Gilt or Ivory and oxidised silver'.

1957 The company was listed to be struck off the Companies Register.