Grace's Guide is the leading source of historical information on industry and manufacturing in Britain. This web publication contains 146,041 pages of information and 231,561 images on early companies, their products and the people who designed and built them. 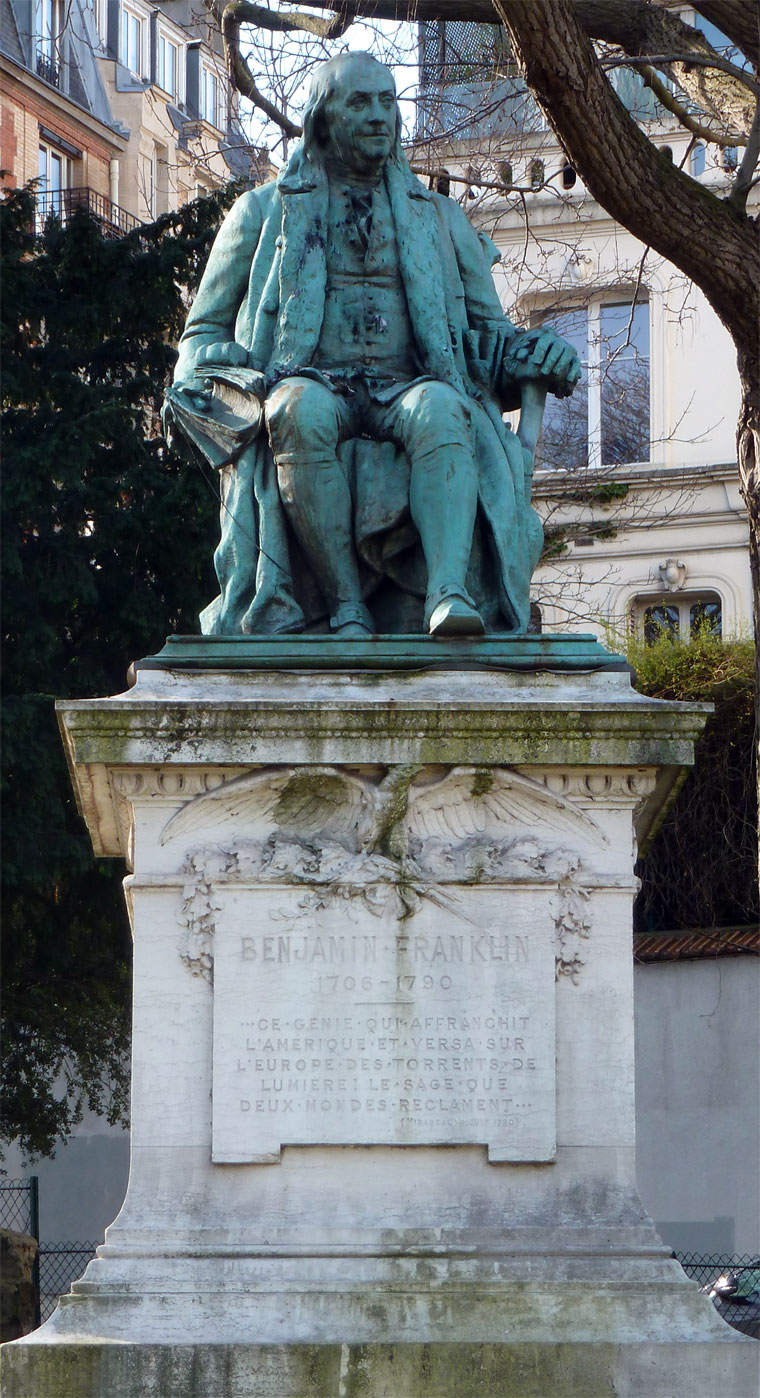 Monument in Paris. Image by M.Soper.

Benjamin Franklin (1706-1790) was one of the most important Founding Fathers of the United States.

Born in Boston, Massachusetts, New England, on 6 January 1706 and baptised the same day. His parents were Josiah Franklin (1657–1745), a tallow chandler and soap maker who had emigrated from England in 1683 to practise his puritan faith, and his second wife, Abiah (1667–1752), the daughter of Peter Folger of Nantucket Island, Massachusetts. Josiah had eighteen children, seven by his first wife and eleven by his second. Benjamin was the ninth child born to Josiah and Abiah.

As a scientist he was a major figure in the history of physics for his discoveries and theories regarding electricity.

As a political writer and activist he, more than anyone, invented the idea of an American nation

As a diplomat during the American Revolution, he secured the French alliance that helped to make independence possible.