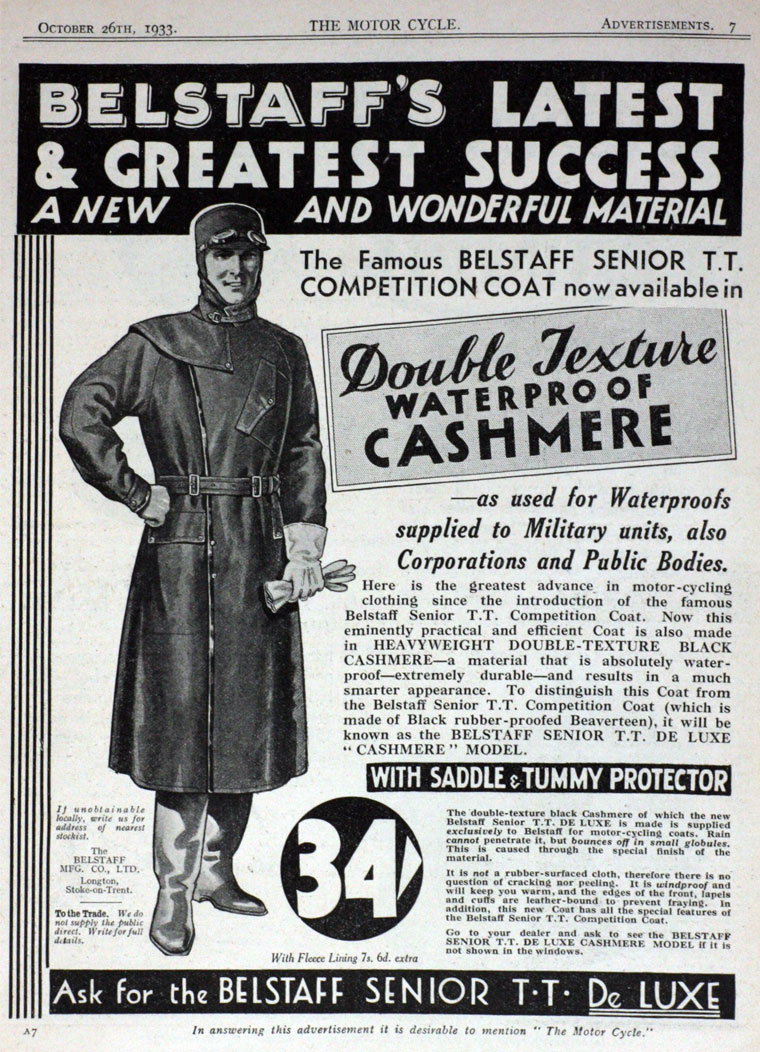 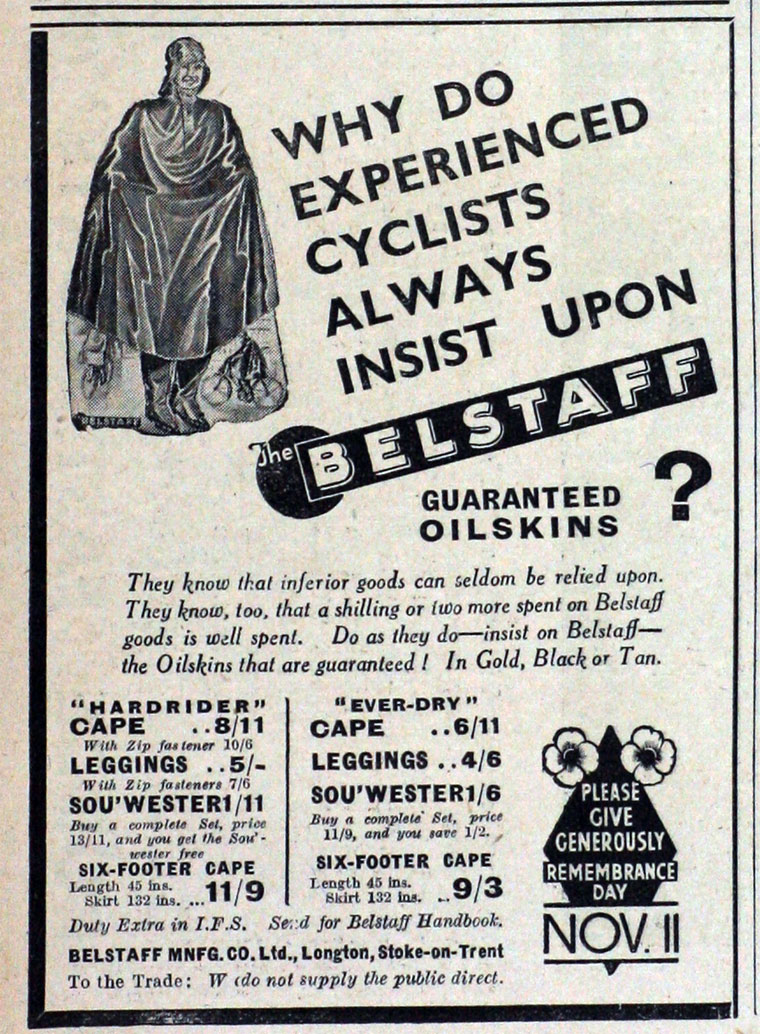 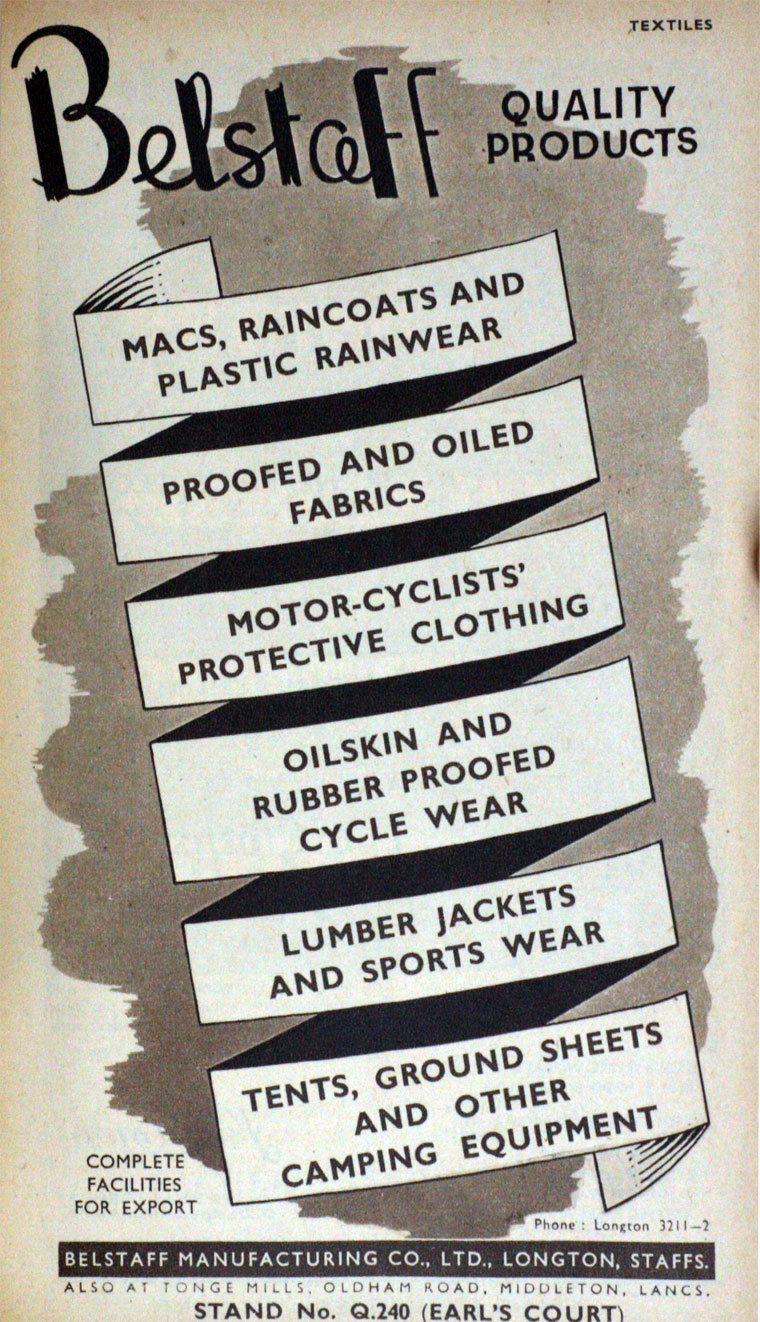 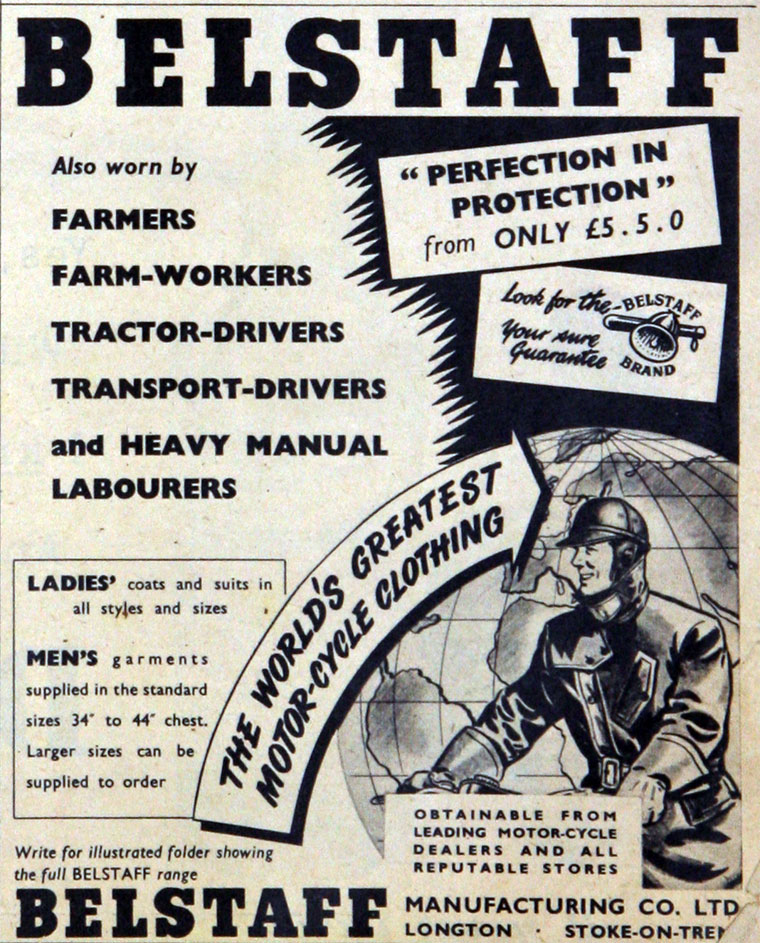 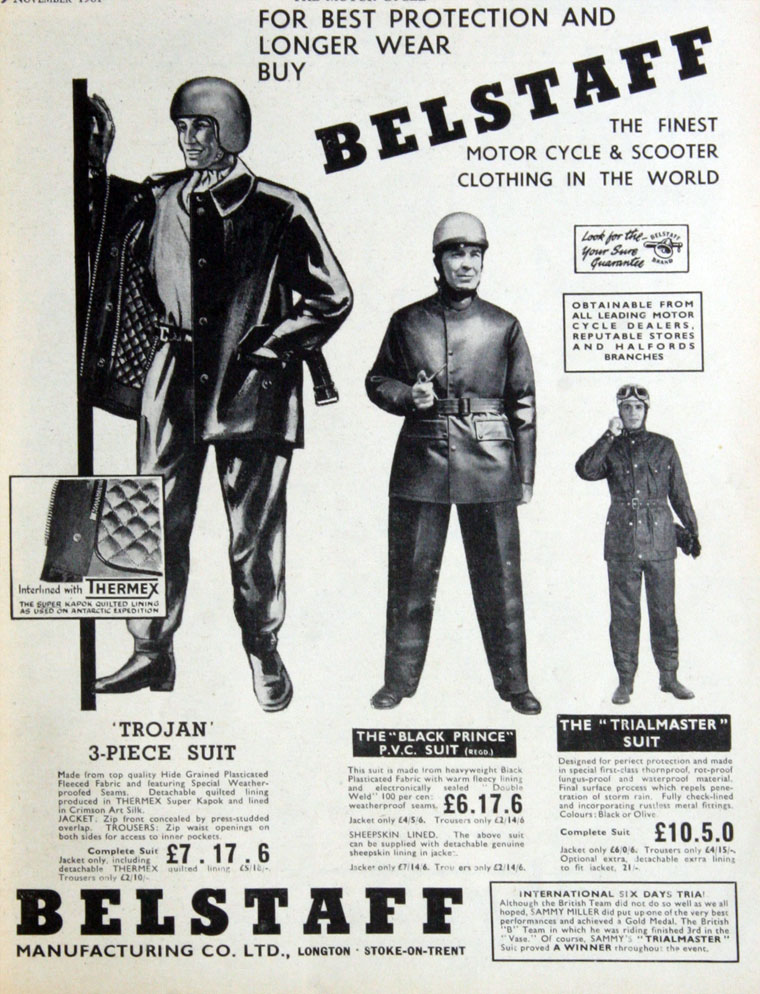 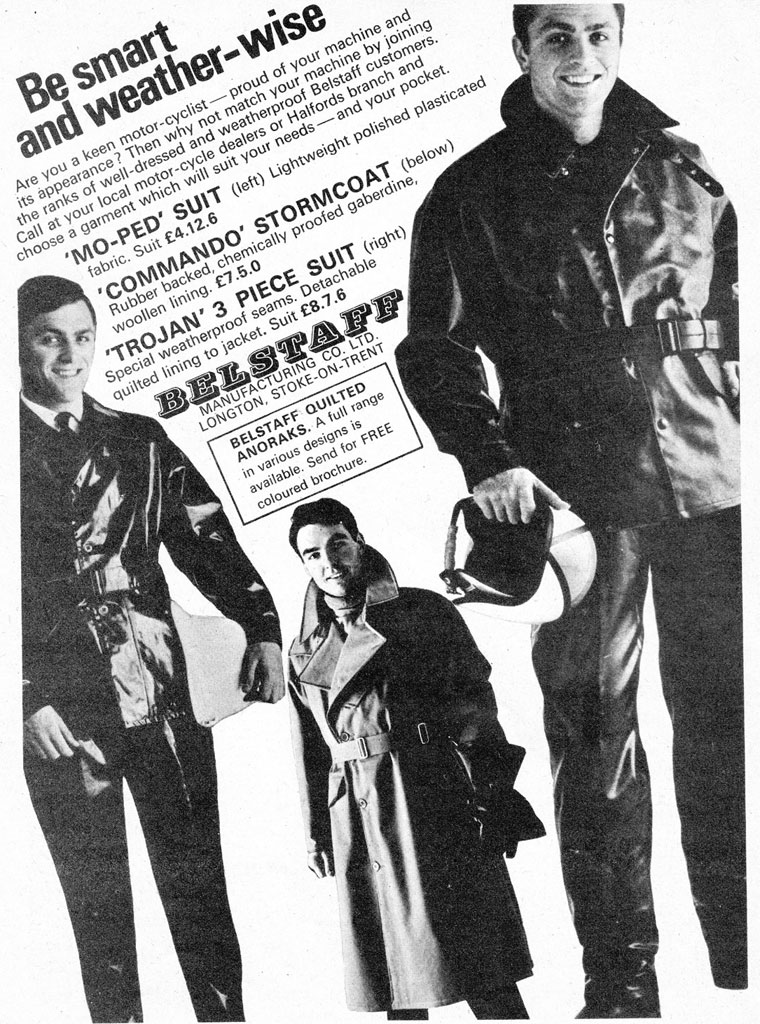 Belstaff of Longton, Staffordshire in 1924, is a garment manufacturer best known for producing high-performance waterproof jackets.

Founded in 1924 by Eli Belovitch and his son in law Harry Grosberg in Staffordshire, Belstaff produced all-weather jackets for motorcyclists, and was the first company to use waxed cotton. The company later created weather-protective jackets for other uses, goggles (primarily for the growing aviation market), gloves and several other garments intended to keep the wearer warm, dry and safe.

Belstaff became a subsidiary of James Halstead in 1948 – a company also famous in later years for the success of the Australian brand Driza-Bone.

In the 1980s, Belstaff diversified into the golf wear market.

The company was hit hard by the textile crisis of the 1990s precipitating the closure of the Longton Stoke-on-Trent factory after previously closing its Silverdale site. Moving to Wellingborough, production was vastly reduced. The range was also manufactured in Australia by a sister company Driza-Bone.

The company grew again and in 1994 introduced Belfresh, a waterproof/breathable fabric.