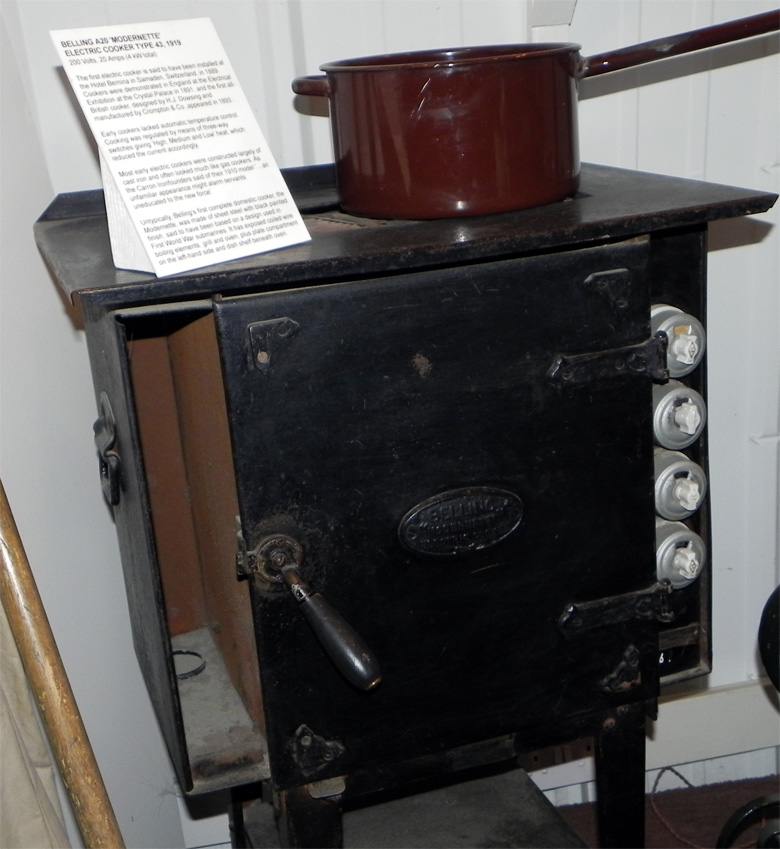 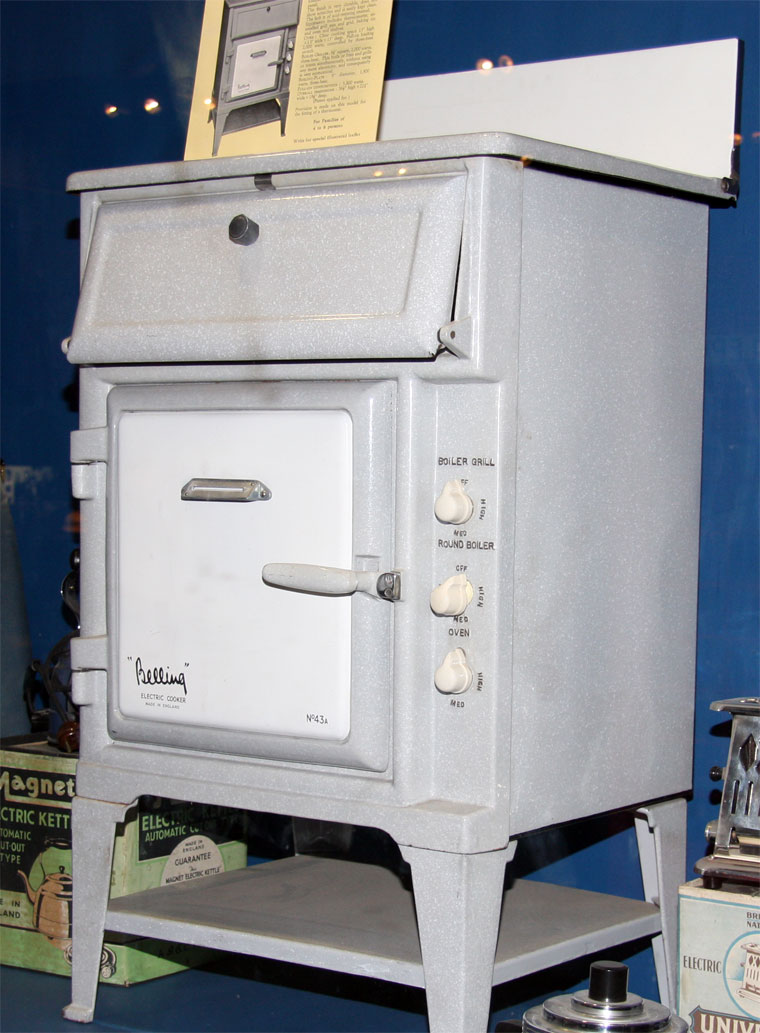 Exhibit at Glasgow Museum of Transport. 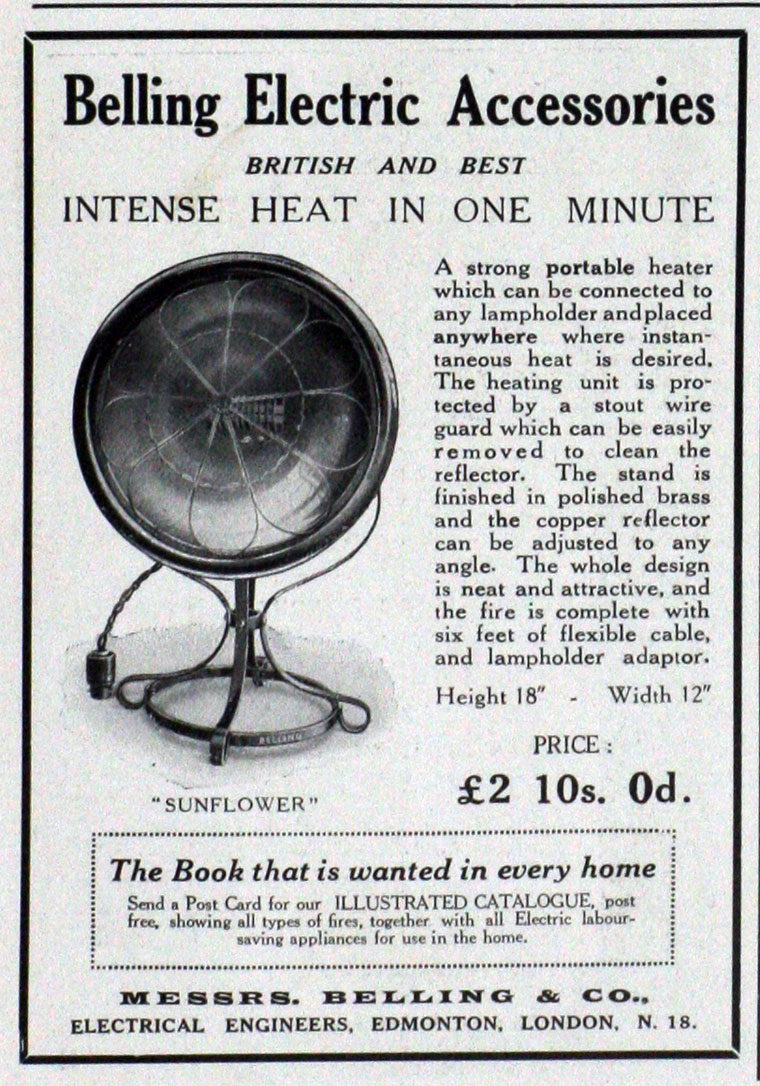 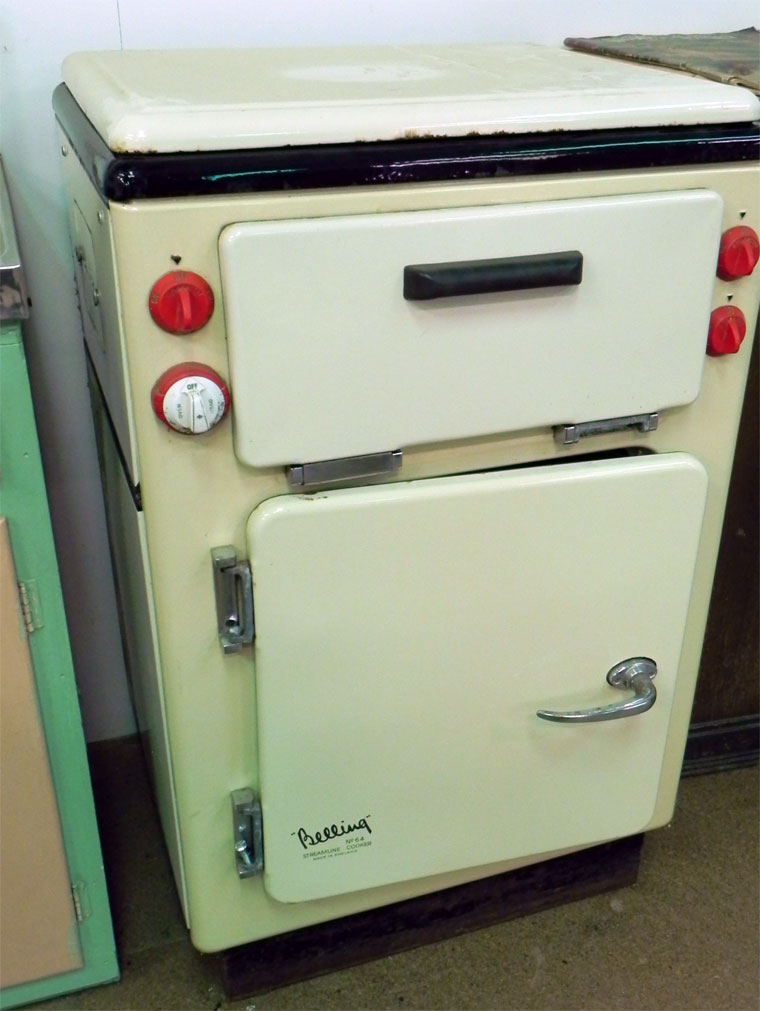 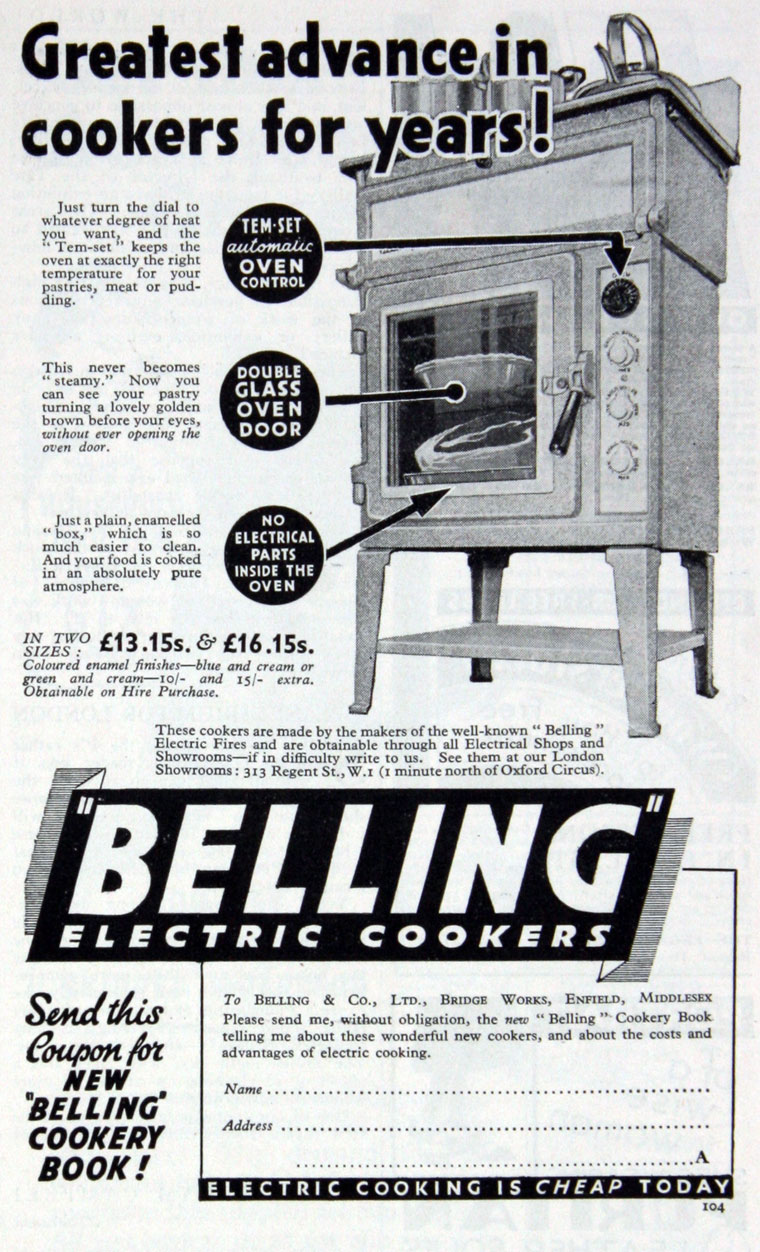 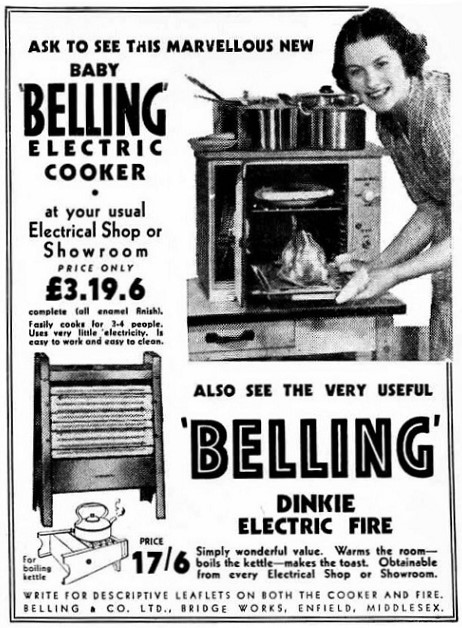 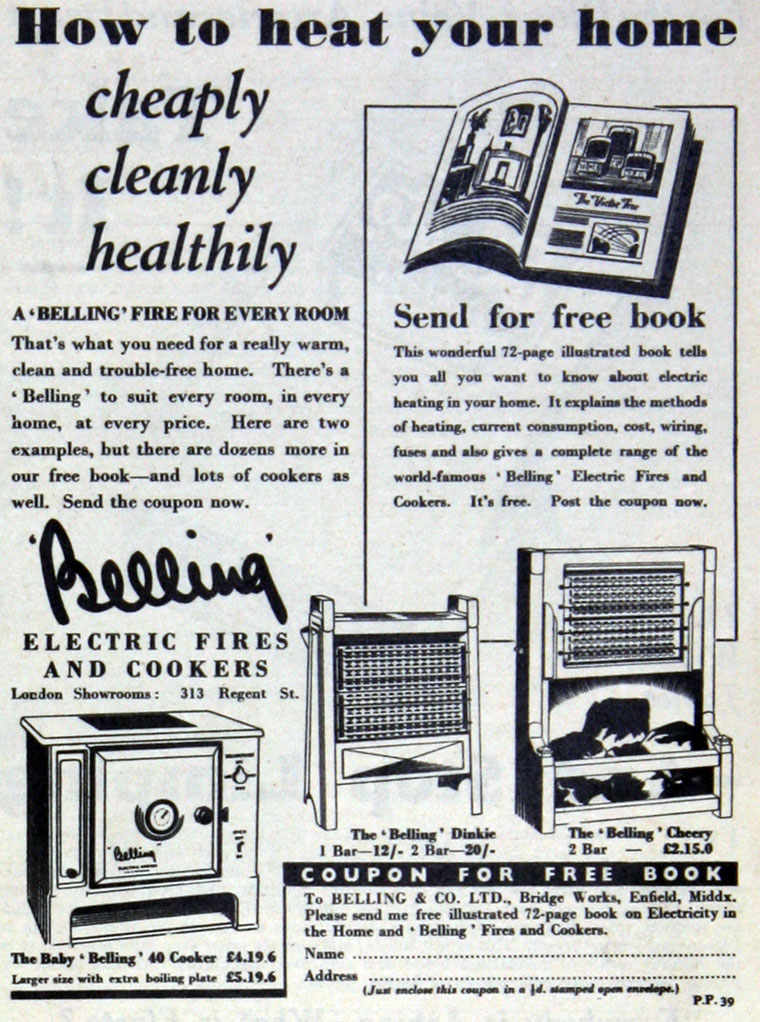 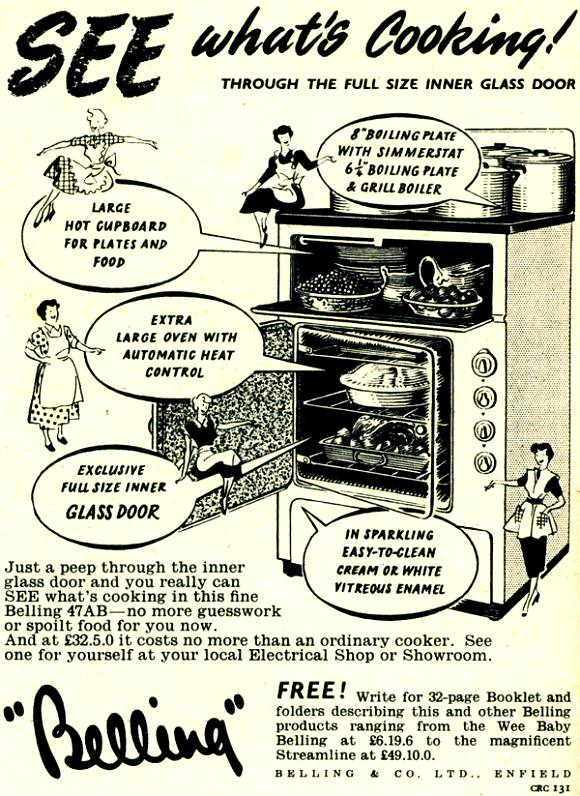 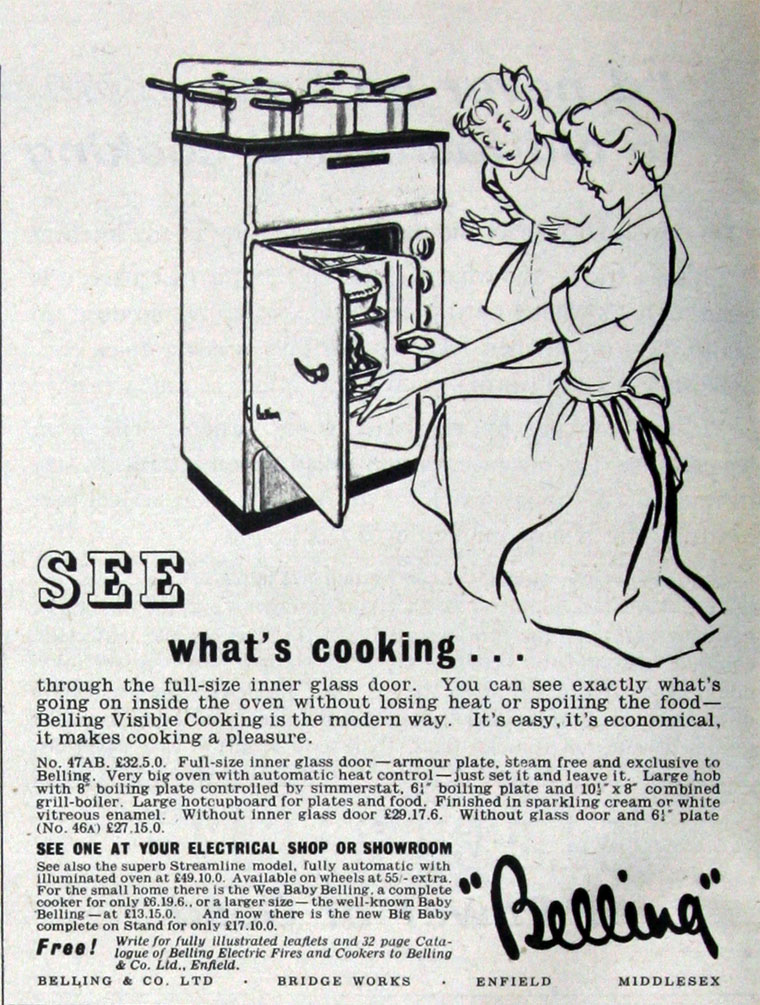 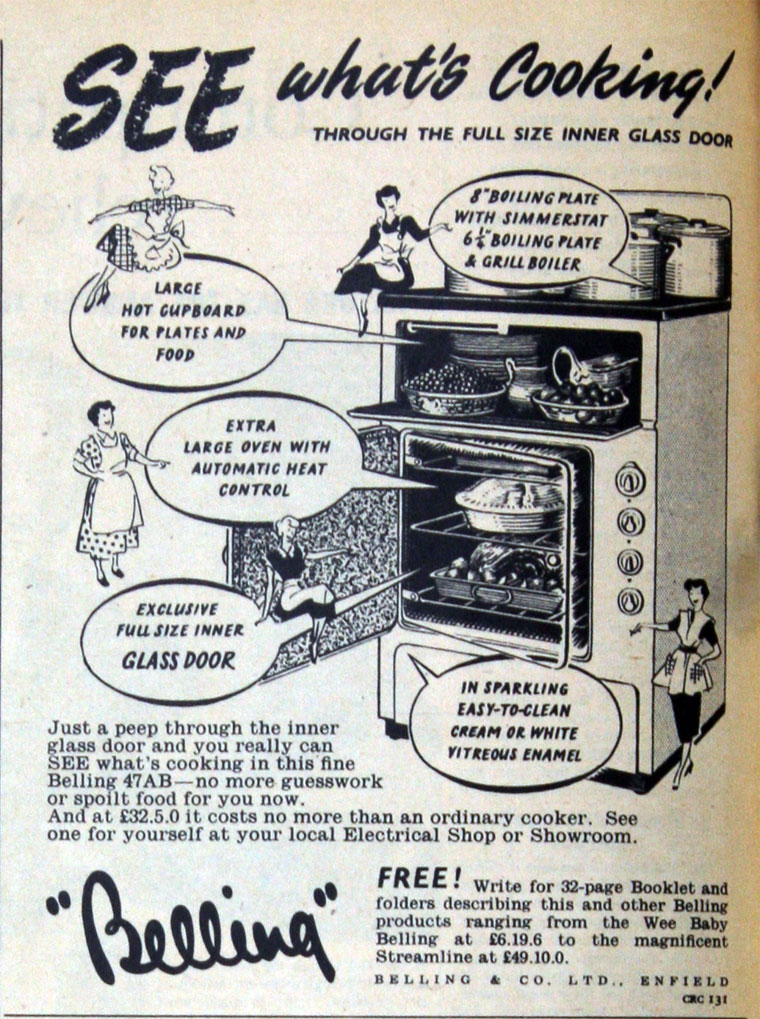 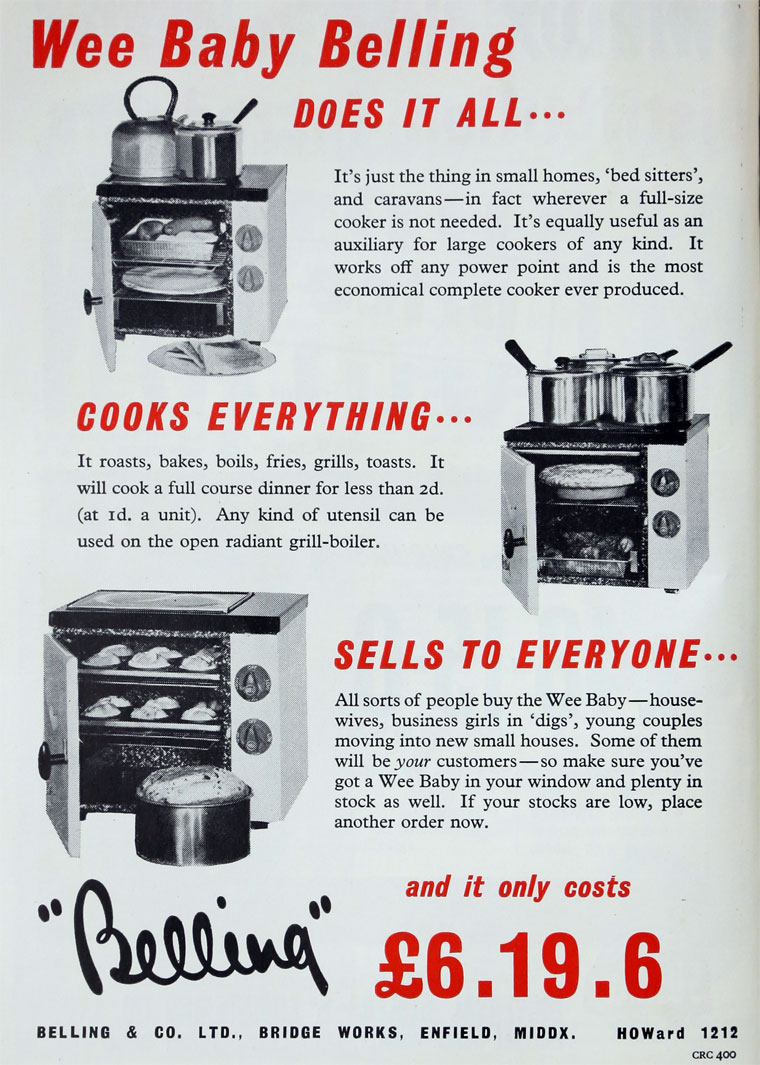 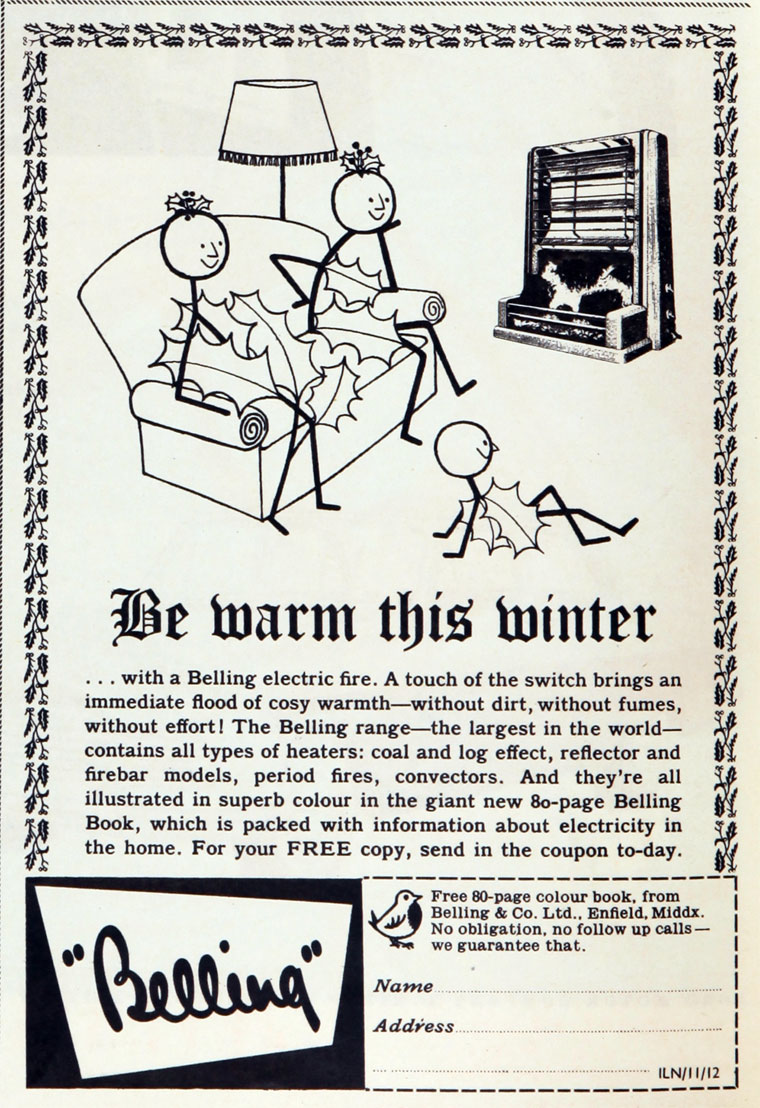 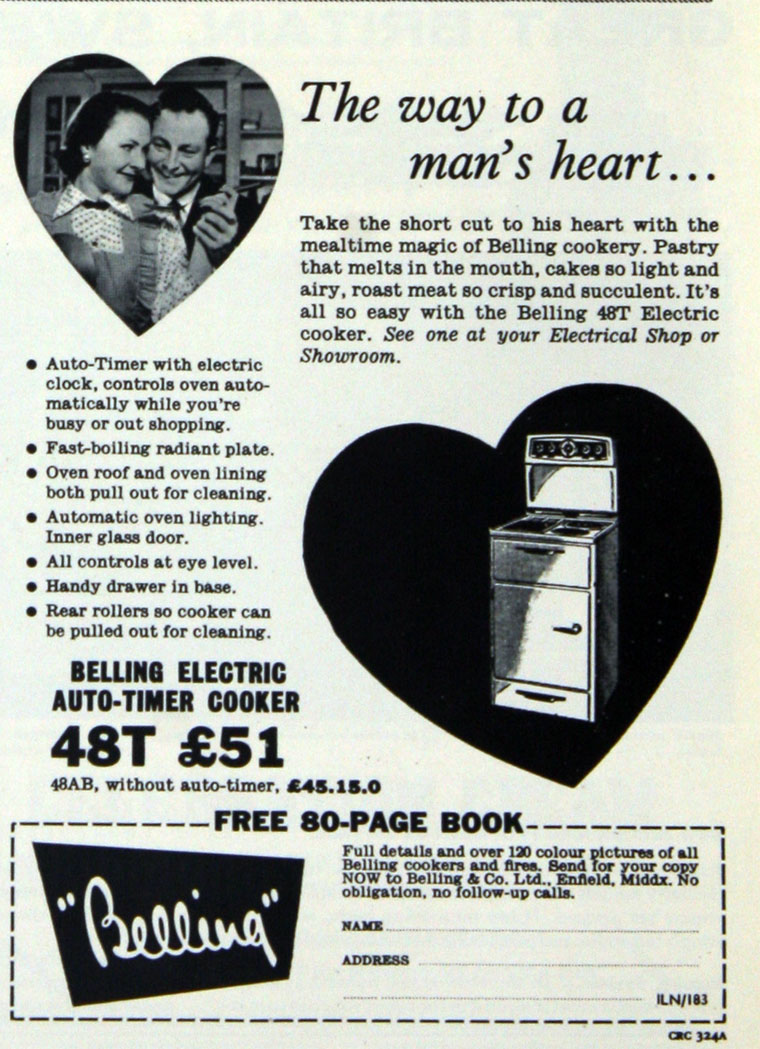 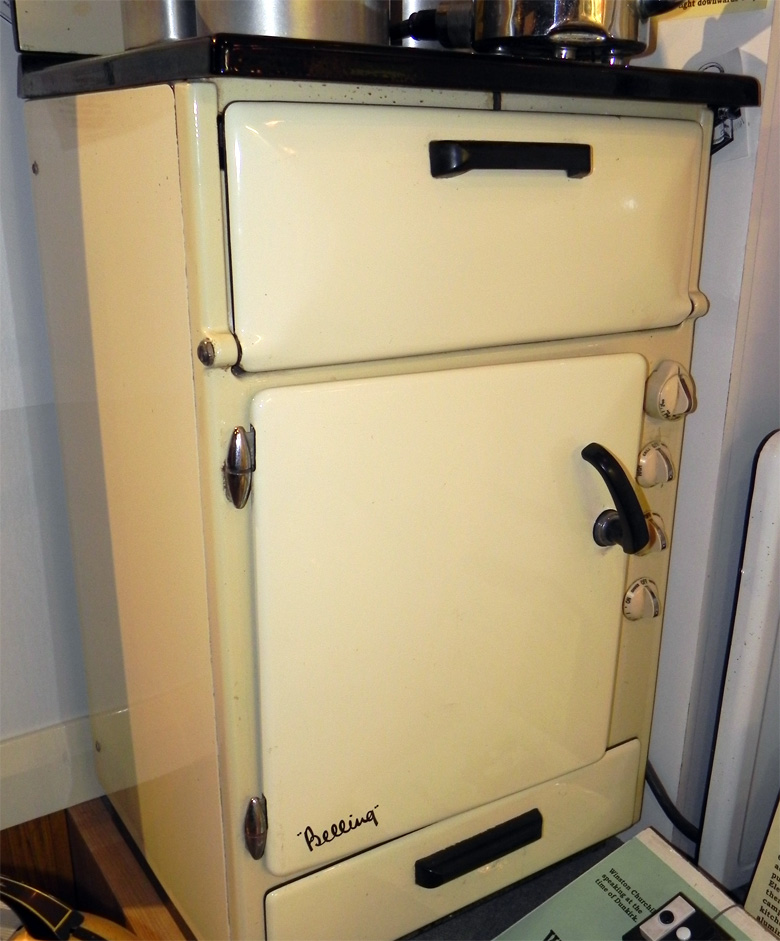 He served an apprenticeship in electrical engineering with Crompton and Co of Chelmsford.

He subsequently joined the staff of Ediswan at Ponders End.

WWI Made heating and cooking equipment for submarines as well as ovens for canteens. Charles Arnold enlisted and sold his interest in the company to Charles Belling.

1924 A new purpose-built factory was opened in Southbury Road. The premises have since been progressively enlarged.

1925 The company returned to its Enfield origins and relocated to Bridge Works.

1937 Listed Exhibitor - British Industries Fair. A wide range of "Belling" Electric Portable and Built-in Fires for the modern home. The famous "Baby Belling" Cooker and other models, with and with our Double-glass Oven Doors and Thermostats. (Stand No. Cb.413) [1]

1955 Belling continued to expand their operation with the purchase of a second manufacturing site in Burnley for all production of fires; Enfield was dedicated to cookers.

1992 Belling was acquired by the Glen Dimplex Group; a leading worldwide manufacturer of heating and domestic appliances including Dimplex and Morphy-Richards. The Chairman was committed to keeping the Belling brand and culture and unifying the Belling, Stoves, and New World brands.