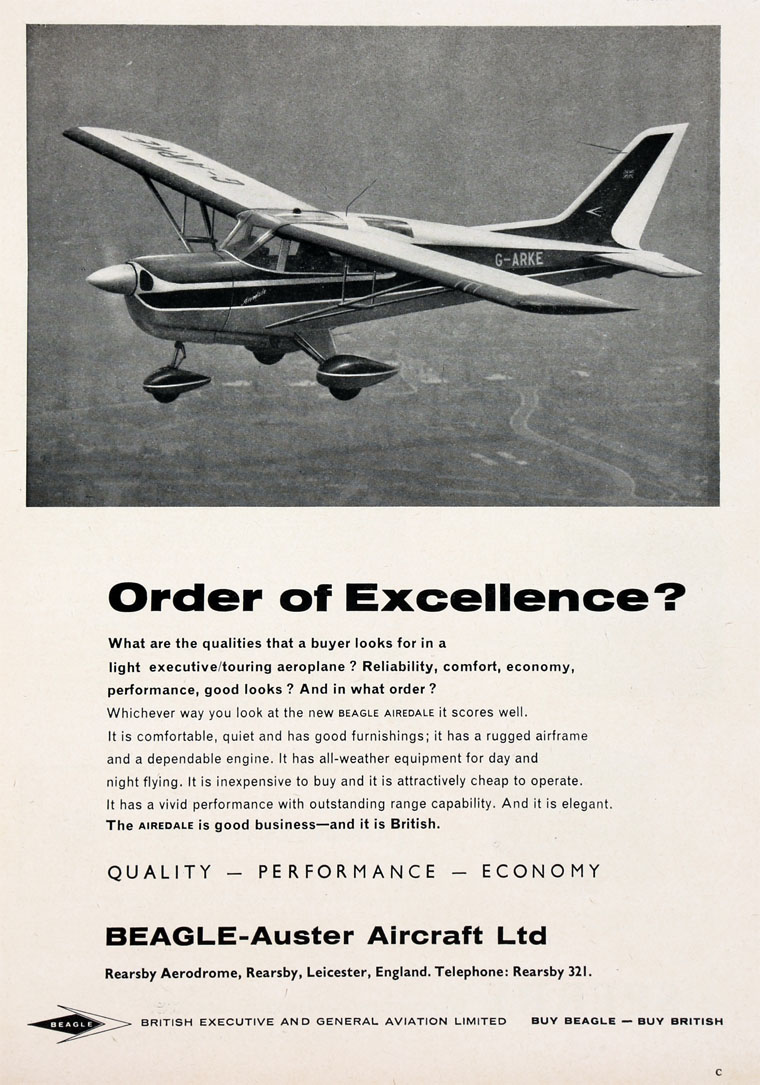 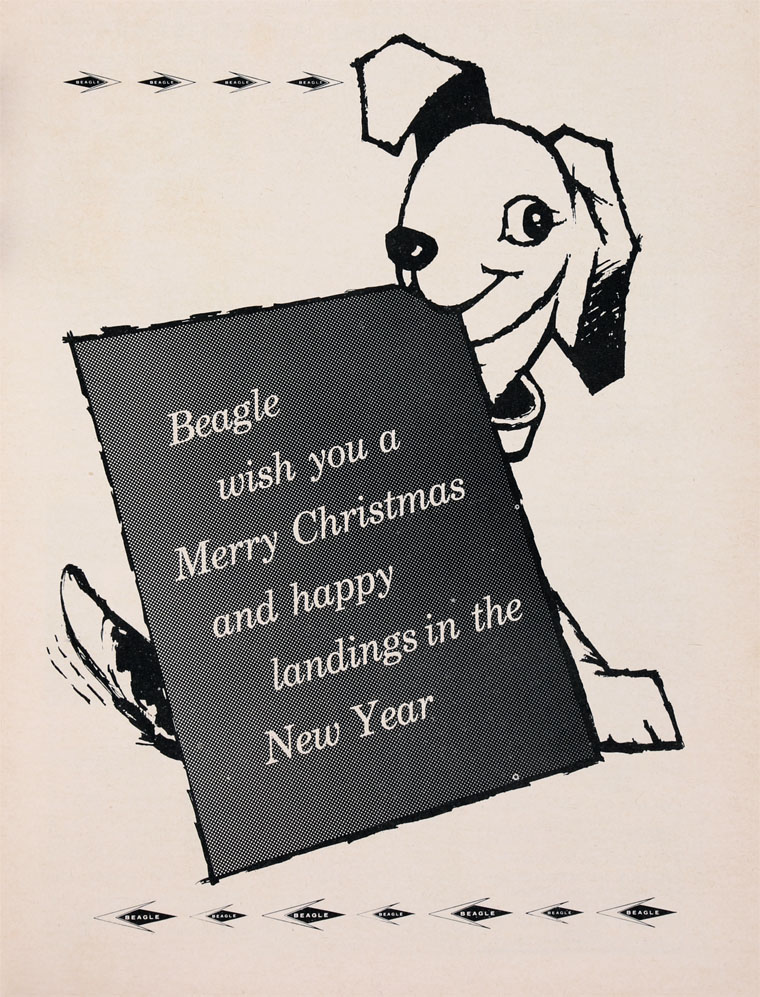 Beagle Aircraft Limited was a British light aircraft manufacturer, with factories at Rearsby in Leicestershire and Shoreham in Sussex.

1960 The British Executive and General Aviation Limited company (trading as BEAGLE) was formed in 1960 when the Pressed Steel Co combined its aircraft design office with the former aircraft manufacturers Auster Aircraft Company of Rearsby, Leicestershire and the aviation business of F. G. Miles Ltd of Shoreham, Sussex. Mr Peter G. Masefield would be managing director, Mr F. G. Miles would become deputy chairman of F. G. Miles Ltd, and Mr G. H. Miles group chief engineer[1]. An arrangement was made with Rolls-Royce for the supply of Rolls-Royce/Continental engines[2]

The parent company Pressed Steel became part of the motor industry when it was absorbed into the British Motor Corporation. The company reviewed the involvement in light aircraft manufacturing and requested financial help from the British Government.

1966 The British government bought Beagle and provided the help it needed.

1967 The prototype Beagle Pup had its first flight on April 8th. Under the auspices of Beagle, the Pup, B.206, Bulldog and M.218 flew from Shoreham Aerodrome.

1969 The company needed more financial help but the Government put it into receivership. The Receiver tried to revive and sell the company (now re-named Beagle Aircraft (1969) Limited).

1970 George Miles, chairman of Miles Aviation and Transport Ltd, of Ford Aerodrome, Sussex, bid for the Shoreham part of the business, which had orders for 58 Bulldogs[4]. Uncertainty about the future of Shoreham Aerodrome meant that the receiver could not accept the bid[5]. In July George Miles announced his offer had been accepted subject to contract[6]. In the end the receiver failed to sell the company and its assets were disposed of.

The Bassett was a short-lived, twin piston-engined design evolved from the Bristol 220 project whilst the single-engined Bulldog/Pup family of lightplanes sold in greater numbers. Bulldog production was completed by Scottish Aviation at their Prestwick factory following the demise of the Beagle Aircraft Company. At the turn of the 21st Century, many Bulldogs were being sold by air forces to civilian operators, in much the same way that Austers were transferred from Army or RAF squadrons during the 1940s and 1950s.