Grace's Guide is the leading source of historical information on industry and manufacturing in Britain. This web publication contains 146,075 pages of information and 231,598 images on early companies, their products and the people who designed and built them. 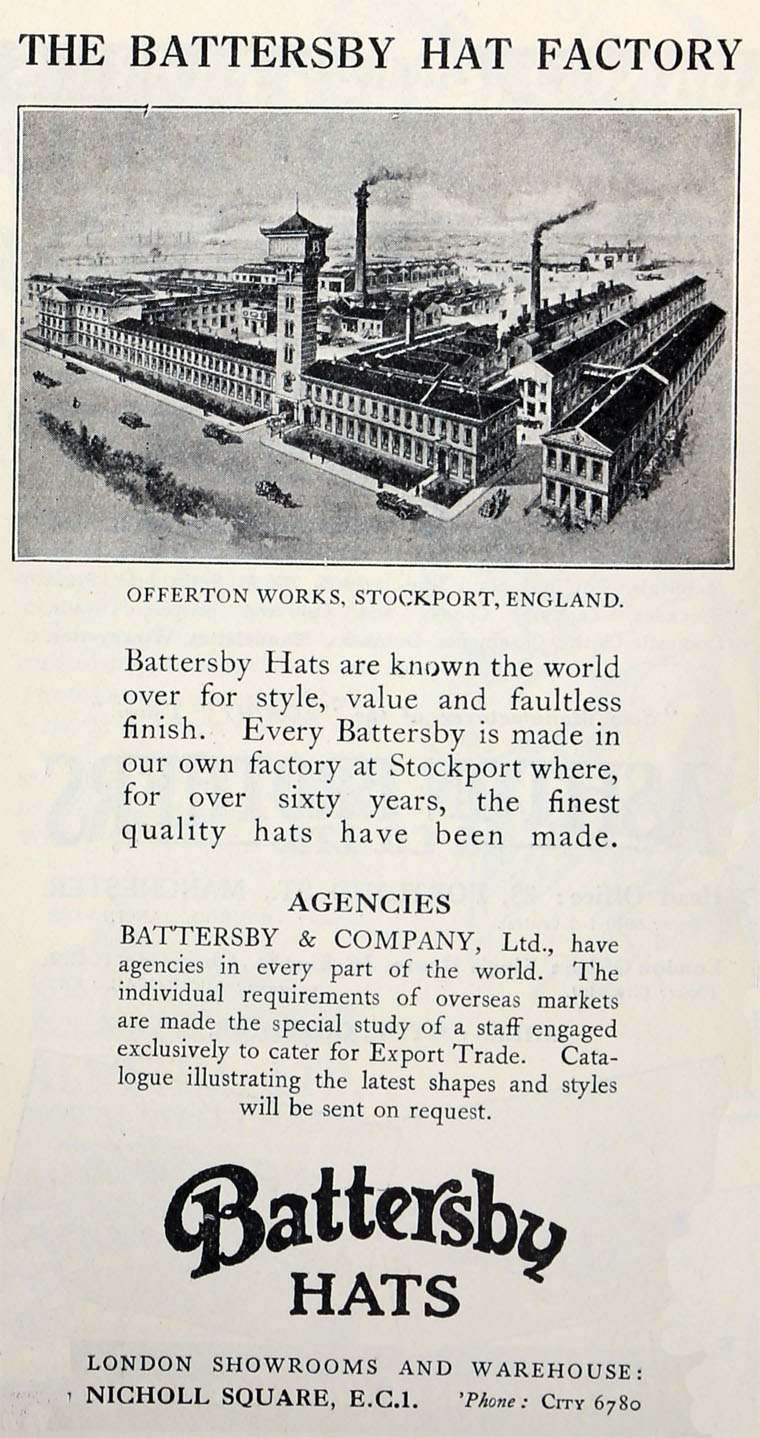 1901 Incorporated as a Limited Company.

In May 1906, a fire gutted their factory at Offerton. The fire started on the evening of the 22nd and burned all night destroying the warehouse and "enormous stocks" of straw and felt hats and part of the working area. The cost of the damage was estimated at about £50,000.

In 1907, they bought a second factory in Conty, near Arras in the north of France. William John Battersby's son, Edgar died there in the 1917 Battle of Arras, and his son Ernest, who managed the factory died on 1 October 1918 at Yvetot, near Rouen from tuberculosis.

At one time, the firm was one of the largest hat manufacturers in Britain with an international trade. For an Australian court case of 1935, James Johnson Battersby sent evidence that his company had the capacity to produce 12,000 hats per week.