Skew bridge over the River Avon 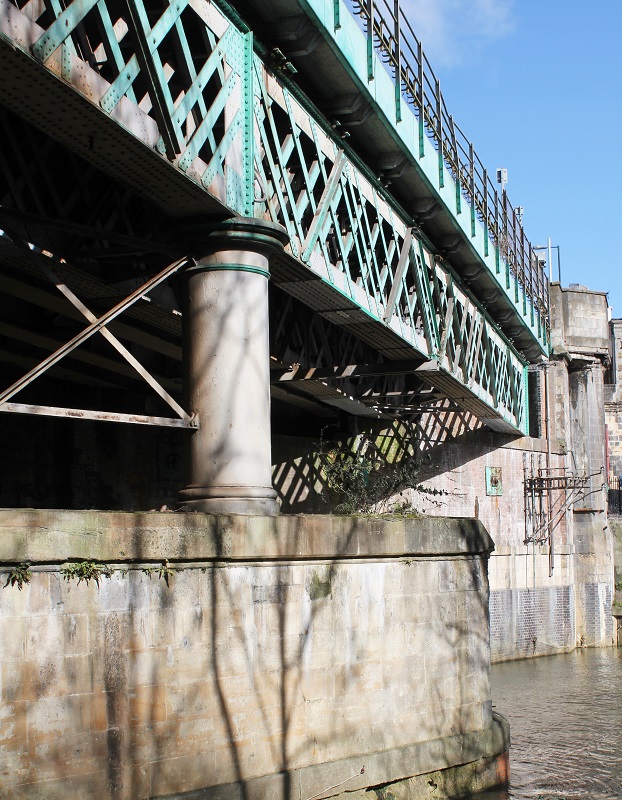 Immediately west of the River Avon bridge is a lengthy viaduct, starting with this somewhat modified Gothic creation by I K Brunel. Unattented saplings may cause further changes. 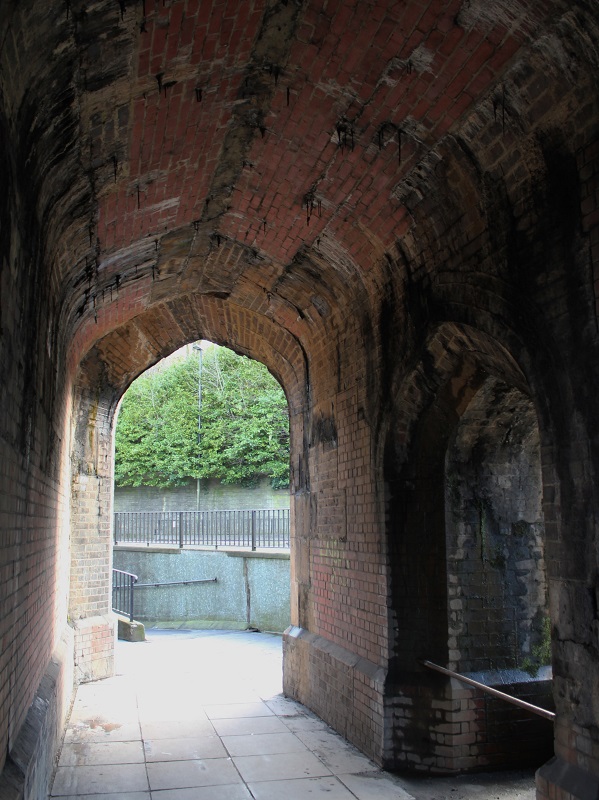 East bridge over the Avon

She was beautiful, once. East bridge

East bridge. Despite indications to the contrary, this still carries a vital main line 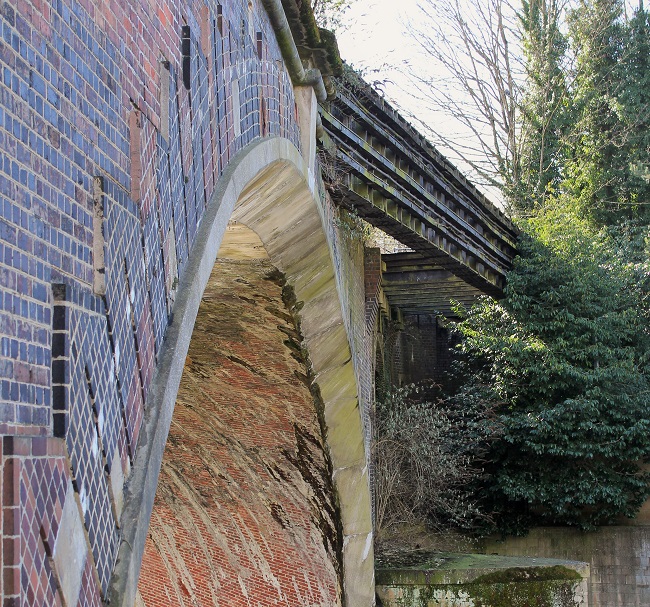 The railway through Bath Spa railway station is partly elevated, necessitating a variety of bridges and viaducts.

Immediately west of the station is a heavily-skewed lattice girder bridge (see first photo). The riveted girders replaced I. K. Brunel's attractive 1840s arched bridge, which was of unusual construction, between 1875 and 1878. Illustrations of the original bridge show what appears to be a typical cast iron double span arch bridge. However, contractural problems prevented an iron bridge being procured, so Brunel designed a structure predominantly made of wood, having two 80 ft spans with six arches each, laminated from five layers of 6" Memel (Baltic) timber, treated by Kyanising. The spandrels above the outermost arches were ornamental iron castings with a Gothic theme, but elsewhere timber supports were provided between the arches and the deck. The ends of the ribs sat in cast iron 'shoes', and the whole structure was provided with wrought iron ties, the largest being horizontal tie bars set a short distance above the ends of the arches. These were provided with vertical tie bars to minimise sagging.[1]. The original wooden arches sat on top of the masonry on the central pier. The cast iron columns were introduced in 1875-8 to support the iron girders.