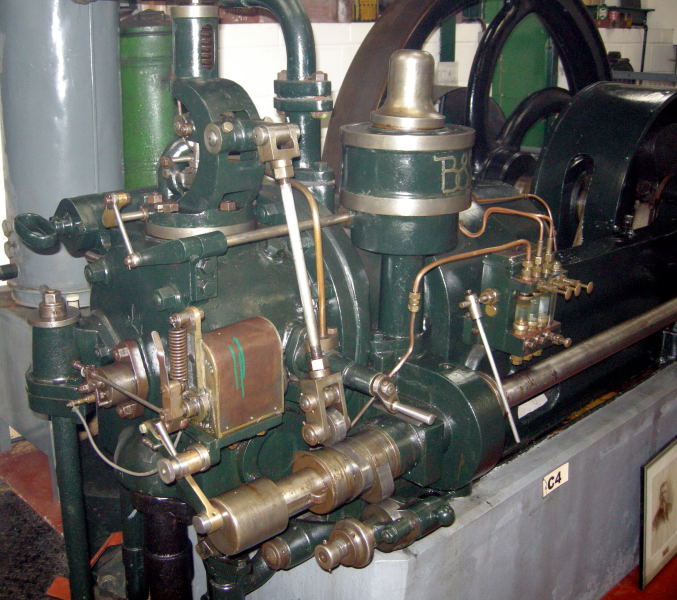 The firm was first established under the name of W. J. Bates and Co in 1897 with a small capital, and was increased at different periods to about £70,000.

In 1919 Mr Scholes Senr., one of the founders and a Director of the National Gas Engine Co, Ashton-under-Lyne, purchased the business on the death of Mr. Bates.

Major W. N. Scholes and Mr. G. Bleakley, the other two salaried Directors, were employed from their commencement in business with the National Gas Engine Co. Through the personal connections of the above, several well-established agents abroad were obtained whose united pre-war trade would necessitate a considerably larger works than was then existing, and for this reason and the favourable developments through the same means of the home trade, extensions to the works were commenced immediately on taking over, and were completed. A new design of engine was made entirely, and the works re-organised. The Capital spent on this, while increasing the assets of the Company had depleted the cash resources and caused financial unrest for the company by 1923.

1920 - Description of Victoria Ironworks. "The Works have not long been erected and are brick built, modern in design and layout, and comprise large lofty Machine and Erecting Shops with steel gantries for overhead cranes, Pattern Shop and Pattern Stores, General Stores, Brass Foundry and 3-Storey Block of General and Private Offices. The land forming the site of the Works is freehold, subject to chief rents amounting to £64. 19. 4 per annum. In addition to the Works Buildings, there are three cottages producing a gross annual Rental of £31.4.0. In arriving at our figure we have not included the land used as a yard for packing cases in Inman Street, this being held only on yearly tenancy. We value the foregoing land, buildings and cottages at the sum of £20,050." - F. S. Airey Entwistle and Co 12th January, 1920.

1923 The company had many agents abroad, and they were of exceptional value to the firm, being long established in this class of business, and many took over the agency through the personal connection with Mr. Scholes during his period with the National Gas Engine Co, their regular pre-war trade being very considerable. Previous to the present Management taking over this business, most of the Trade was shipping. In the last few years, although general depression has restricted the full development, many engines had been sold in important centres where their successful running "should bring further orders when business revives." Particularly in this the case with Gas Companies for Gas Engines. With regard to the semi-Diesel Engine, which since the reduction in the price of Oil seemed to have a great future at home, whereas in the past nearly all were shipped abroad, during the last 18 months, several engines were installed at home in good centres, and are running well.

Description of Bates and Scholes Engines

The following is a description of the company's engines by the company itself stated in 1923:

"The general work is the production of high-class Gas and Oil Engines. They compete favourably in design with the best maker, say Crossley's National and Ruston Hornsby's which is proved by the fact that we general obtain prices equal to these makers." (1923)

The general design of our Gas Engine apart from the general clean design, we claim has the following advantages:-

"We have recently introduced a cold starting semi-diesel engine, in conformity with more recent practise. We already have a few of these running in England. They are doing well, and promise to give improved results particularly with reference to easy starting and low fuel consumption." (1923)

These are of the general Vapouriser type, built on the same lines as our other engines, and also the Electric Ignition Paraffin Engine.