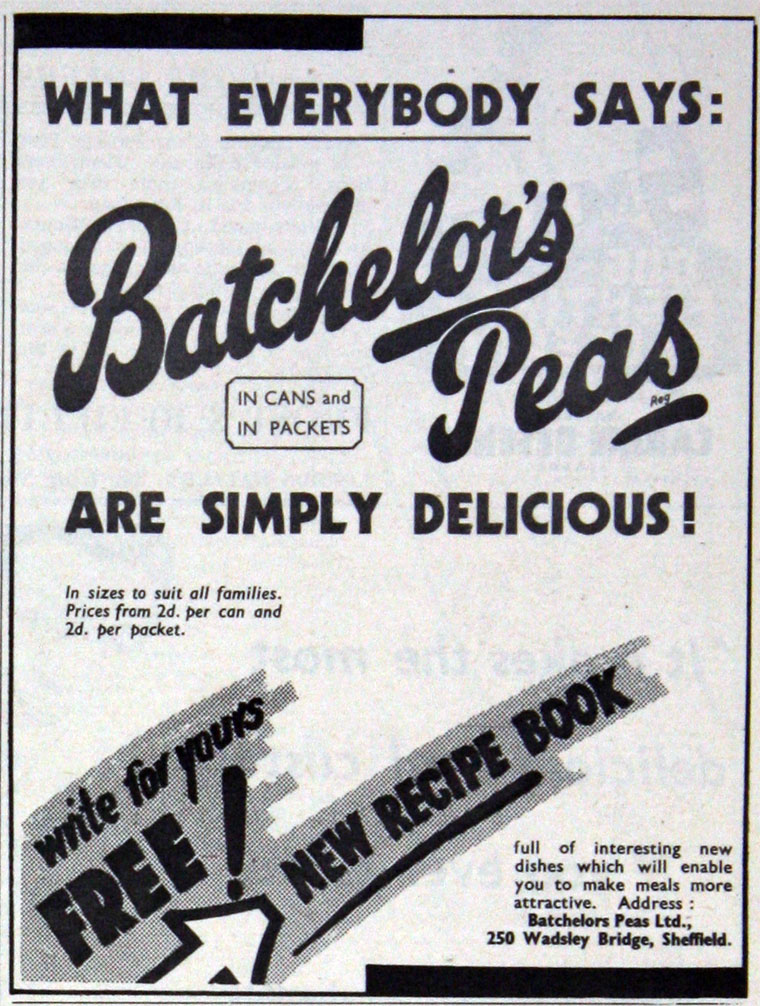 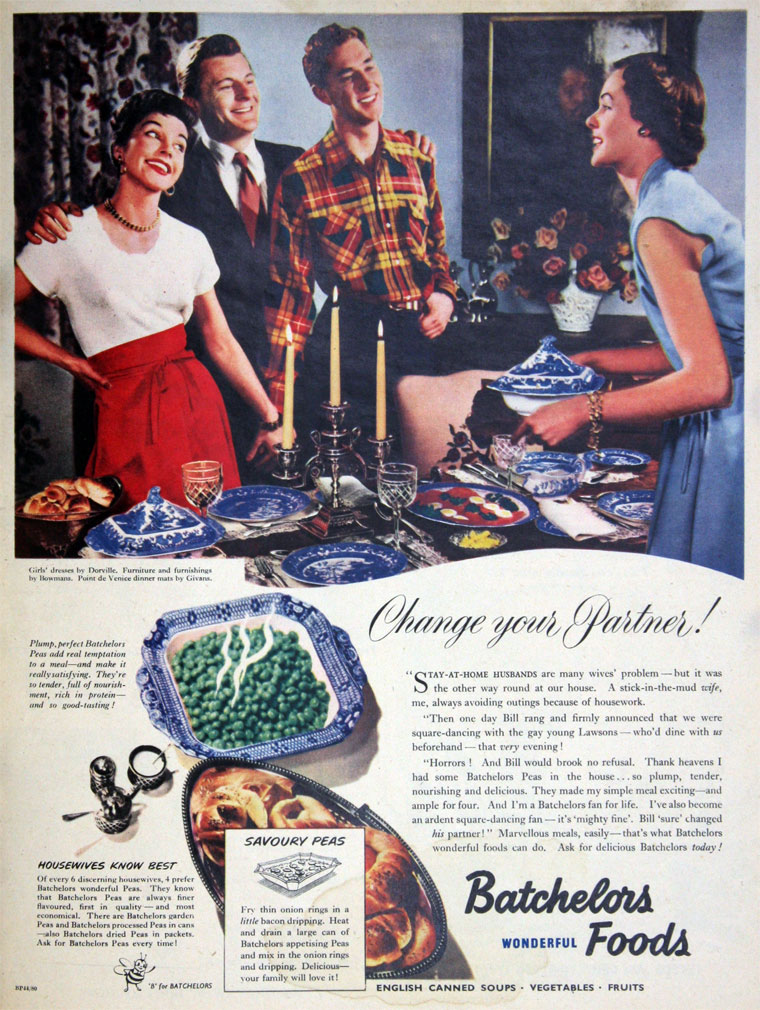 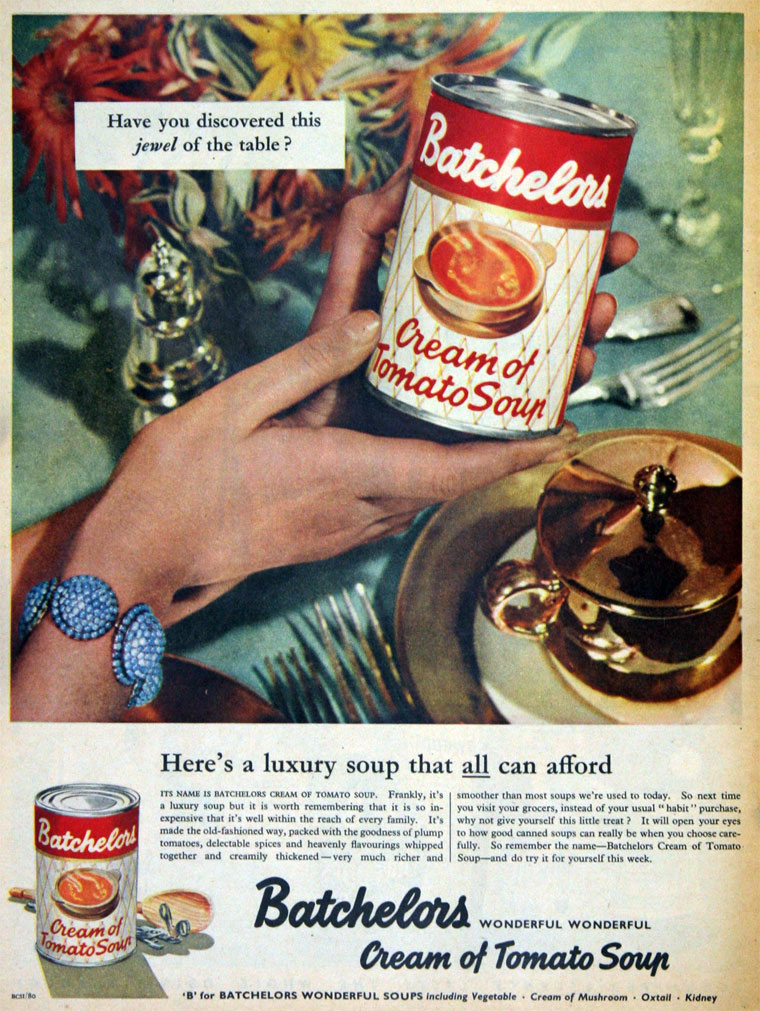 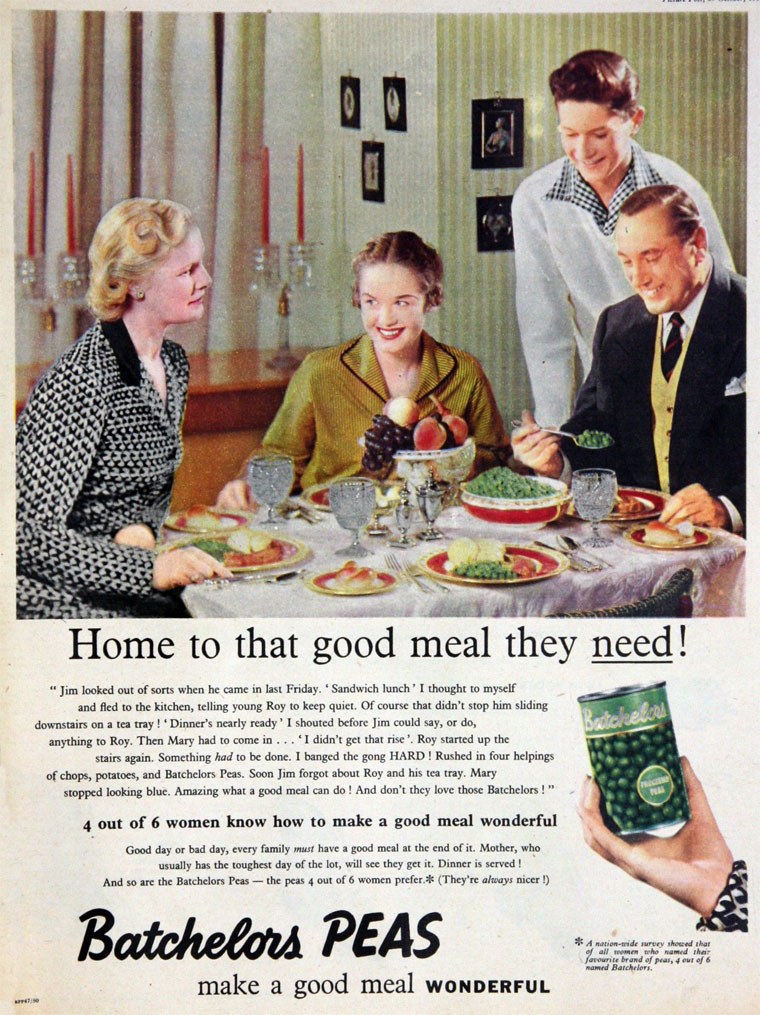 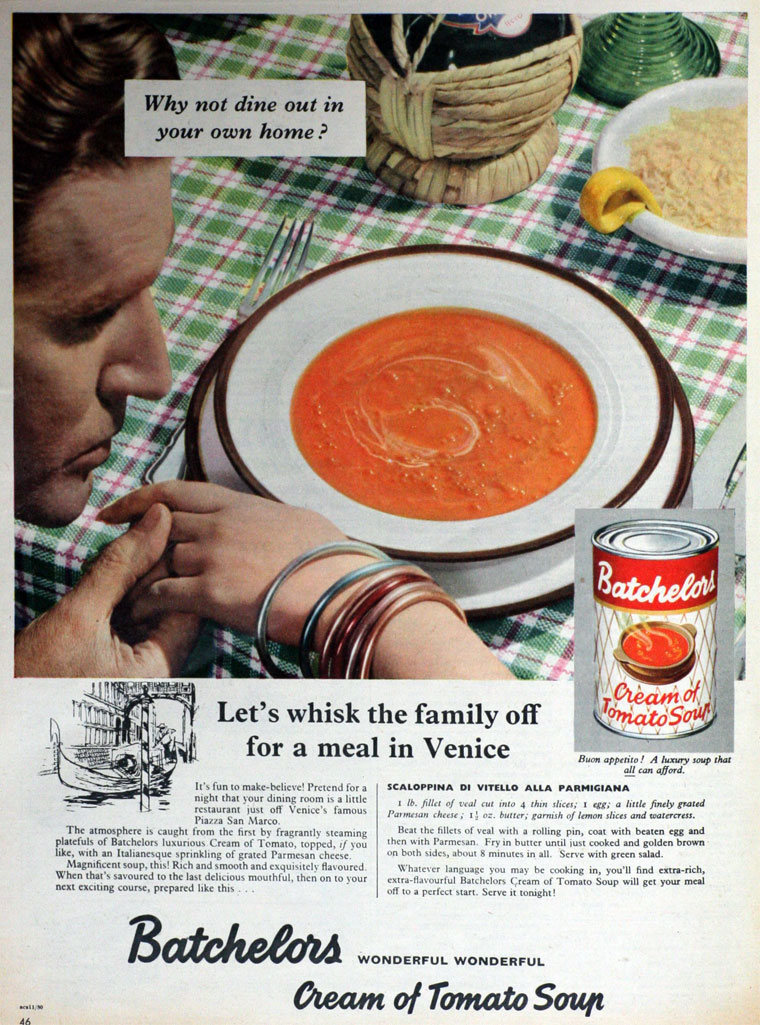 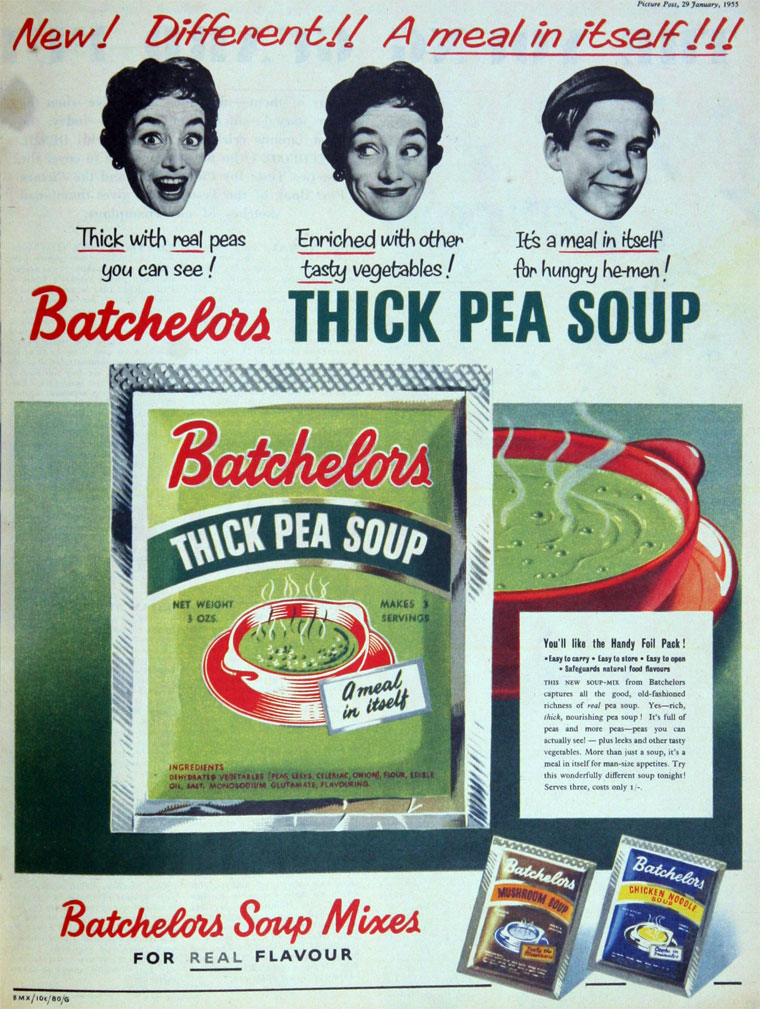 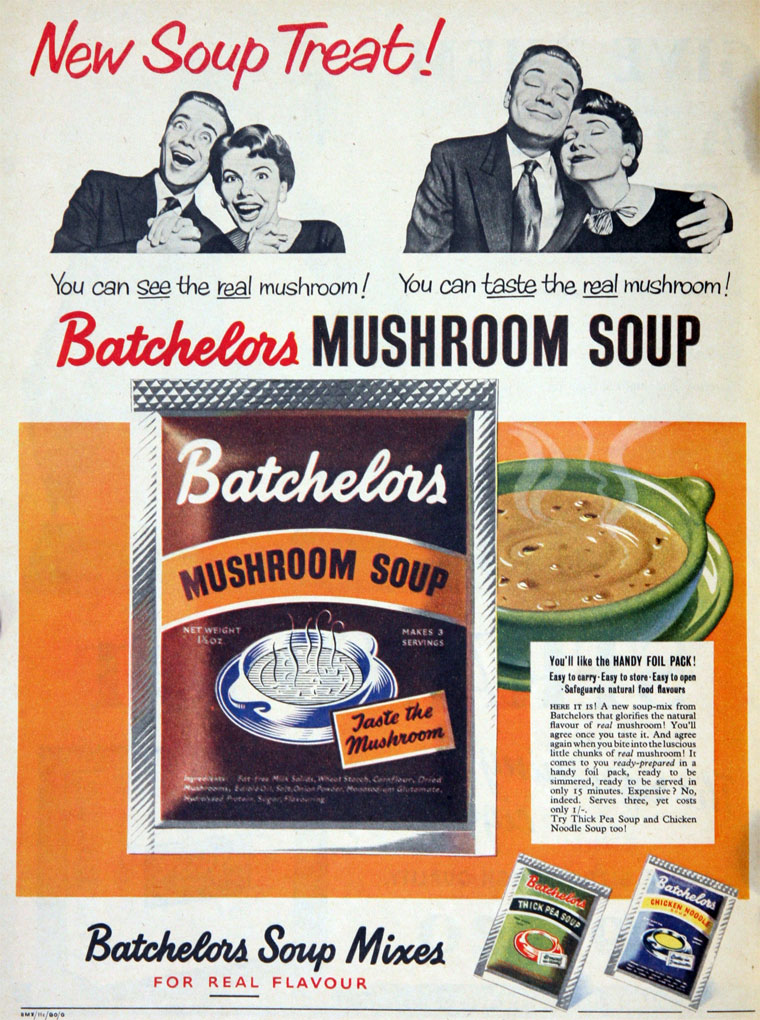 1895 William Batchelor discovered a way to can vegetables, such as mushy peas, and formed Batchelors Foods.

1913 August: Whilst on holiday in Bridlington he died aged 53. His daughter Ella (who became Ella Gaskin), aged 22, took over leadership of the company and developed it to include processed peas, eventually becoming a household name.

WWII Due to staff difficulties and rationing in the war, the company was bought by James Van den Bergh of Unilever in 1943, where it became part of Van den Bergh Foods (later based in Crawley).

1948, Ella Gaskin retired and her younger brother Maurice Batchelor took over. The company took over Poulton and Noel, another soup company.

2001 January: Unilever took over Bestfoods. In order to be allowed to take over that company, Unilever had to sell off some brands for monopoly regulation. It sold off Batchelors and Oxo to Campbell's Soups, whose UK operations were acquired by Premier Foods in 2006.