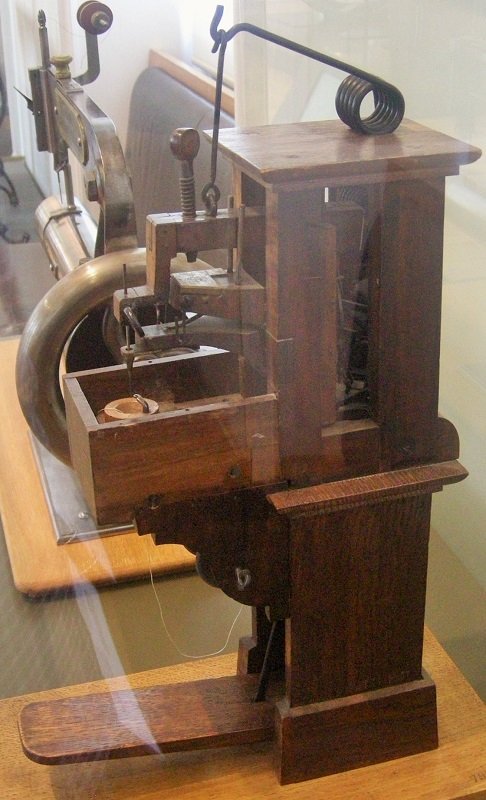 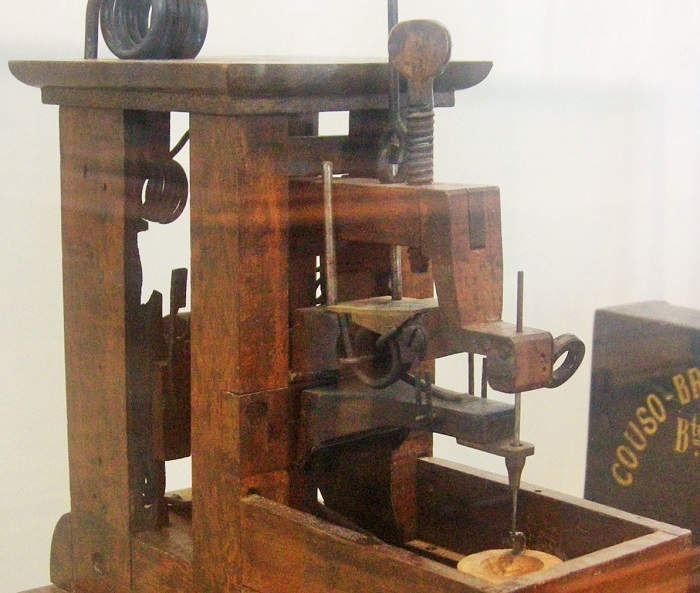 Barthélemy Thimmonier was a French tailor and a pioneer of sewing machines. A model of an 1830 machine is on display at the Musee des Arts et Metiers. See photos.

See Wikipedia for a simple animation

1839 in St.Etienne, he produced a wooden machine that 'worked crochet freely'. It was seen by an engineer call Beaunier, who persuaded him to bring it to Paris.

In 1841, 80 wooden machines were set up to work on a contract for army clothing.

In 1841 the machines were attacked and destroyed by workers.

Thimonnier was forced to leave Paris.

The machine was exhibited at the Royal Institution and another factory set up in Paris to work them. Once again they were destroyed by the workers. The machine was intended to be shown at the Great Exhibition (in Paris, presumably), but was entered too late.