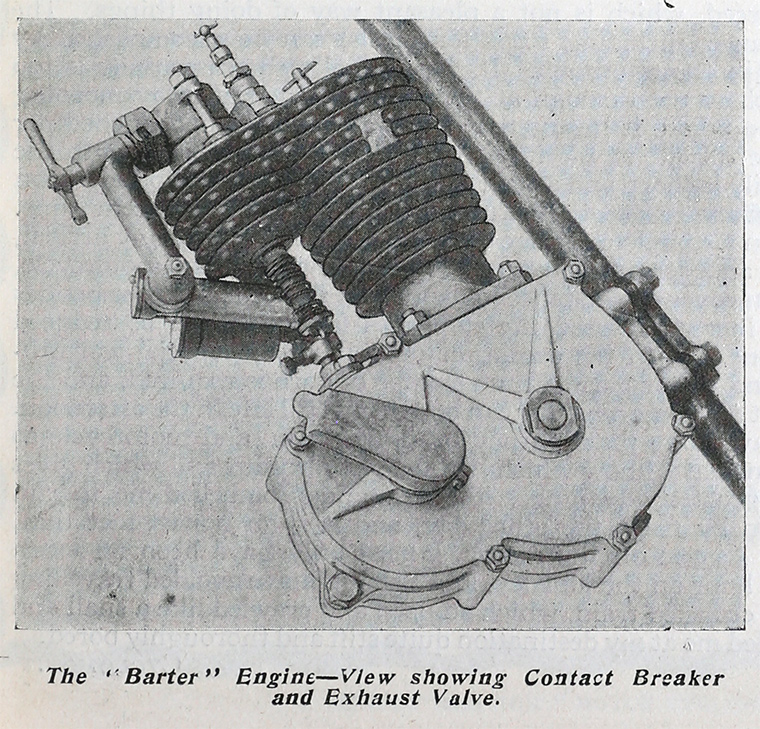 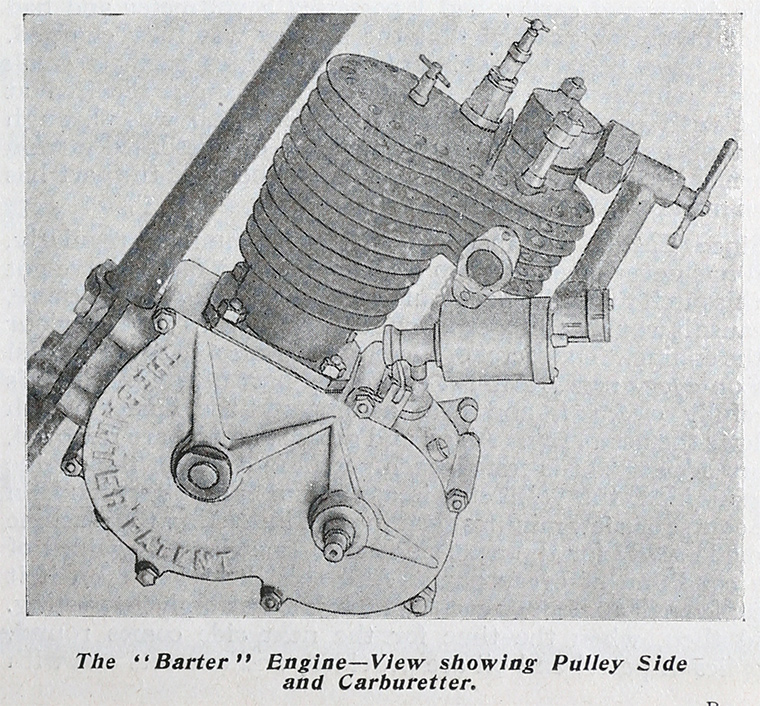 Barter of Aston Gate, Bristol were motorcycles produced from 1902 to 1905.

1902-5 The machines were designed by Joseph Barter. He was later joined by Walter Moore. The engine had its drive pulley mounted on the camshaft so that, as it was larger than usual, belt slip was reduced. It was a primitive affair with the engine inclined above the frame down-tube and only a few were built.

Joseph Barter first offered the single-cylinder machine under his own name until, in 1905, he turned to a flat-twin engine design, firstly called Fée. The Fée engine was 2.5hp and mounted high in the frame of a stock bicycle with braced forks. It had a large flywheel on the left and the transmission was by chain to a countershaft. This carried a clutch and then went by belt to the rear wheel. Within a year the name had been anglicised to Fairy and was the fore-runner of the Douglas.

In 1907, after Joseph Barter had joined Douglas, the name was taken up by them.