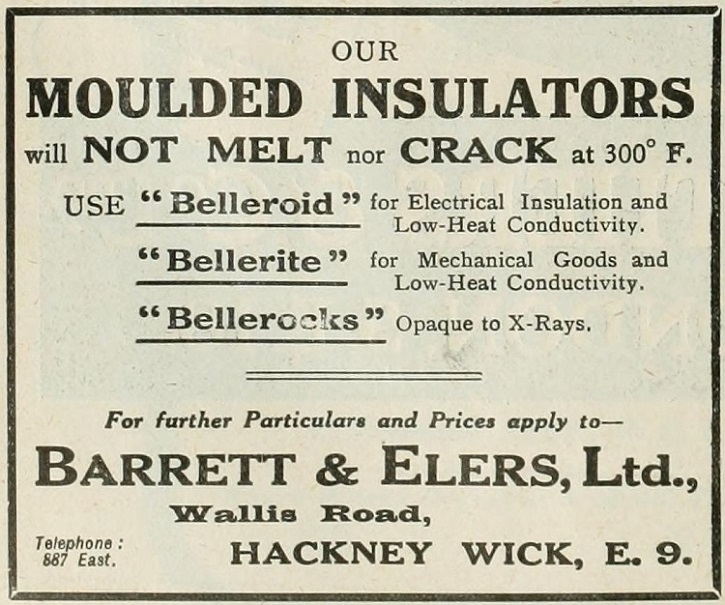 1868 The first internally stoppered bottle was patented by John Adams and Henry Barrett in England.

1897 The company was registered on 8 October, to take over the business of manufacturers of screw stoppers and dealers in bottles, and to erect a factory to manufacture carbonic acid gas, of a company of the same name. [1]

1937 Listed Exhibitor - British Industries Fair. Manufacturers of all kinds of Ebonite Screw Stoppers. Bakelite and Bellerwere Mouldings for bottle and jar closures, and other mechanical and fancy purposes. Belleroid Mouldings for electrical insulation. (Stand No. A.305) [2]