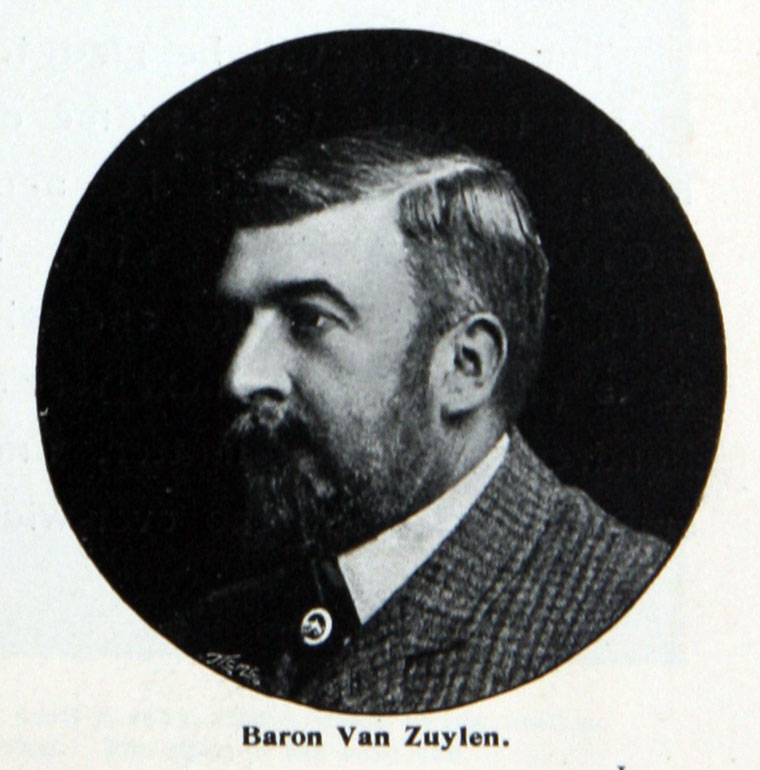 Baron de Zuylen de Nyevelt (1860–1934) the Dutch-born Baron, Etienne van Zuylen van Nijevelt was an enthusiast of motorcars and a modern thinker, he devoted much of his life to the development of the FIA as it is known today.

1895 - He was one of the founders of the Automobile-Club de France. The French initiative to found an automobile club was so successful that other countries soon began to establish their own automobile clubs around the world. Mindful of the potential and practicality of the automobile as an excellent means for international travel, Baron de Zuylen de Nyevelt concentrated on promoting this concept to automobile enthusiasts.

1904-1931 - Elected President of the Automobile Club of France he held the presidency for 27 years.

1904 The Gordon Bennett Cup becomes the first of the emerging automobile competitions to be regulated.

1904 Association of Internationally Recognised Automobile Clubs is established in Hamburg at a meeting attended by several Automobile clubs. Baron de Zuylen de Nyevelt is nominated President. He held the presidency until he retired in 1931, when Comte Robert de Vogue took his place. Baron de Zuylen de Nyevelt was then made President of Honour of the A.I.A.C.R (Association Internationale Automobile Clubs Reconnus) in recognition of his eminent service to the international automobile.

The first car theft took place in Paris, France when a Peugeot belonging to Baron de Zuylen was stolen by his mechanic on June 1, 1896

1904 ZUYLEN, Baron Van, 70, Avenue du Bois de Boulogne, Paris. Is President of the Automobile Club of France. Owns a number of cars, his favourite being a 20-h.p. Panhard. [1]

1904 ZUYLEN, Baroness Van, 70, Avenue du Bois de Boulogne, Paris. Is the wife of the president of the Automobile Club de France; owns and drives a 28-h.p. Mercedes. She was one of the starters on May 13th, in the Paris-Madrid race; is a great lover of horses, and never has less than 50 in her stables. [2]