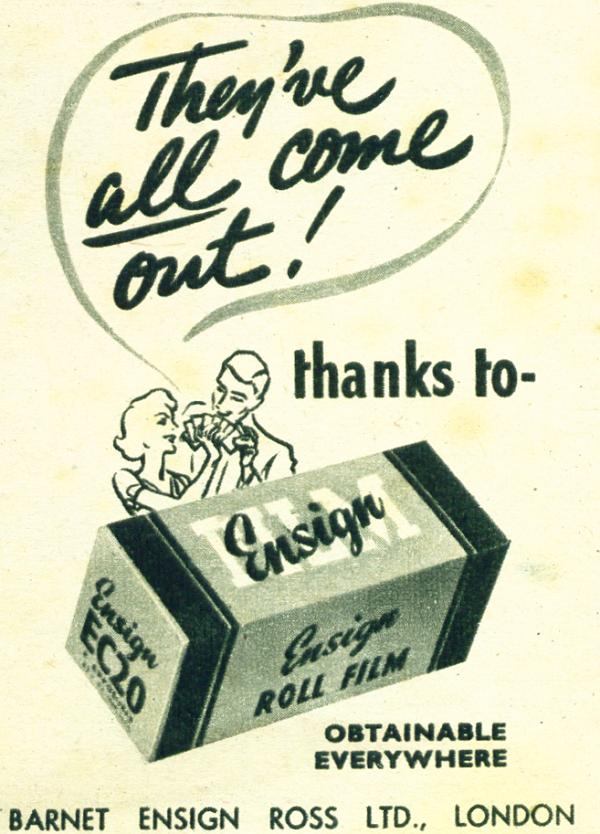 1945 Houghton-Butcher Manufacturing Co or its subsidiary Ensign entered an association with the film maker Elliott and Sons (maker of the film brand Barnet) and became Barnet Ensign.

Post-WWII. After the war, the company soon abandoned the sophisticated Ensign Commando rangefinder camera and continued the range of Ensign Selfix and Ensign Autorange folding cameras, while introducing new models like the Ensign Ranger or the Snapper.

1946 Among simpler cameras, a new version of the Ensign Ful-Vue was released, which was further developed to the Ful-Vue Super and Fulvueflex pseudo-TLR.

1961 George Houghton's sons and grandsons continued in the business until the firm disappeared in 1961, when the company stopped making cameras.