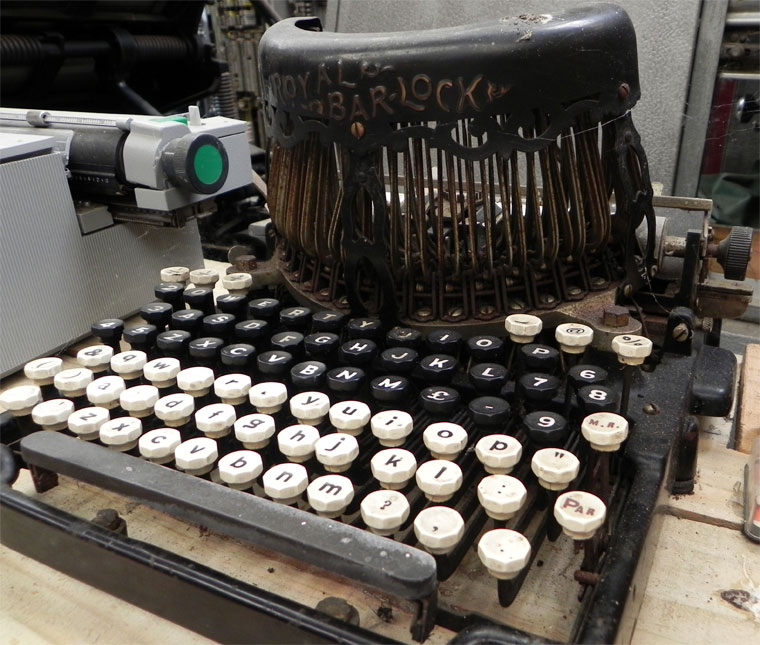 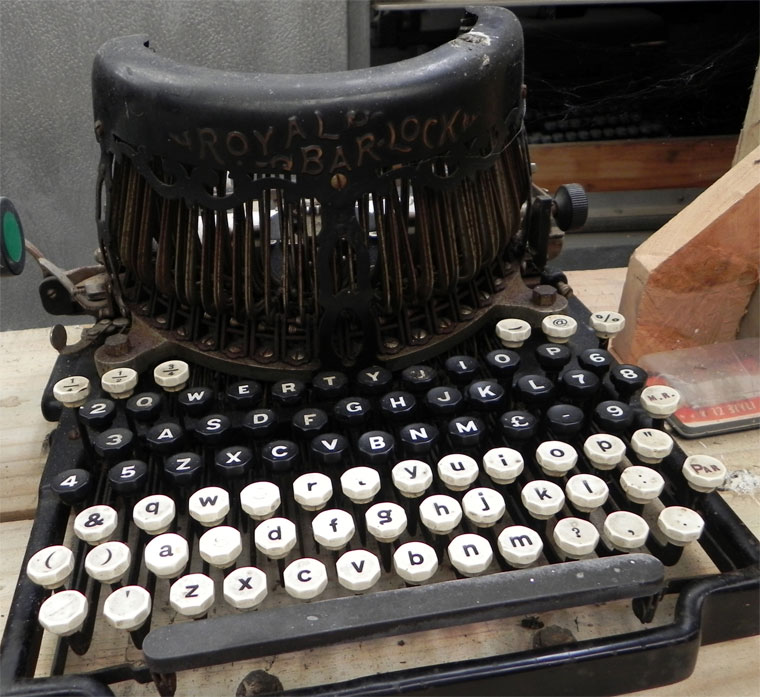 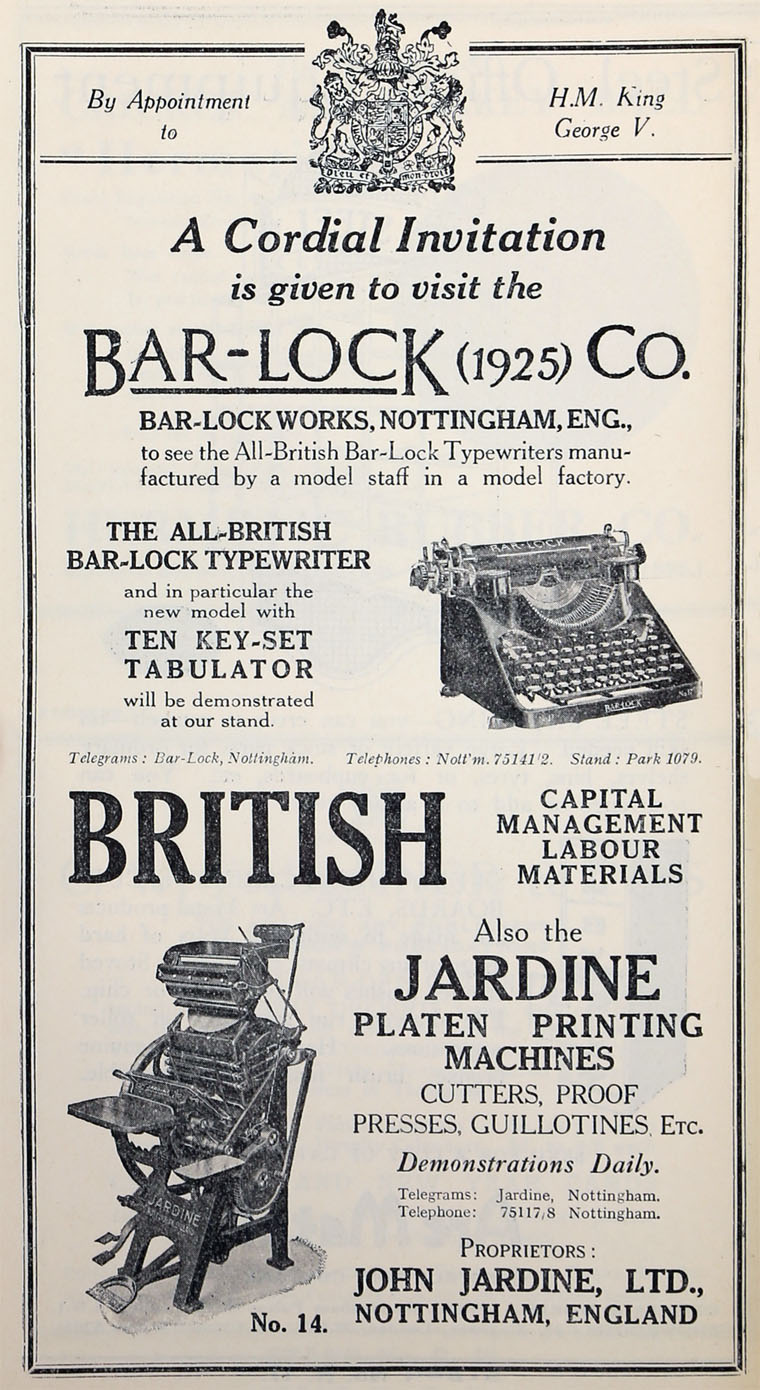 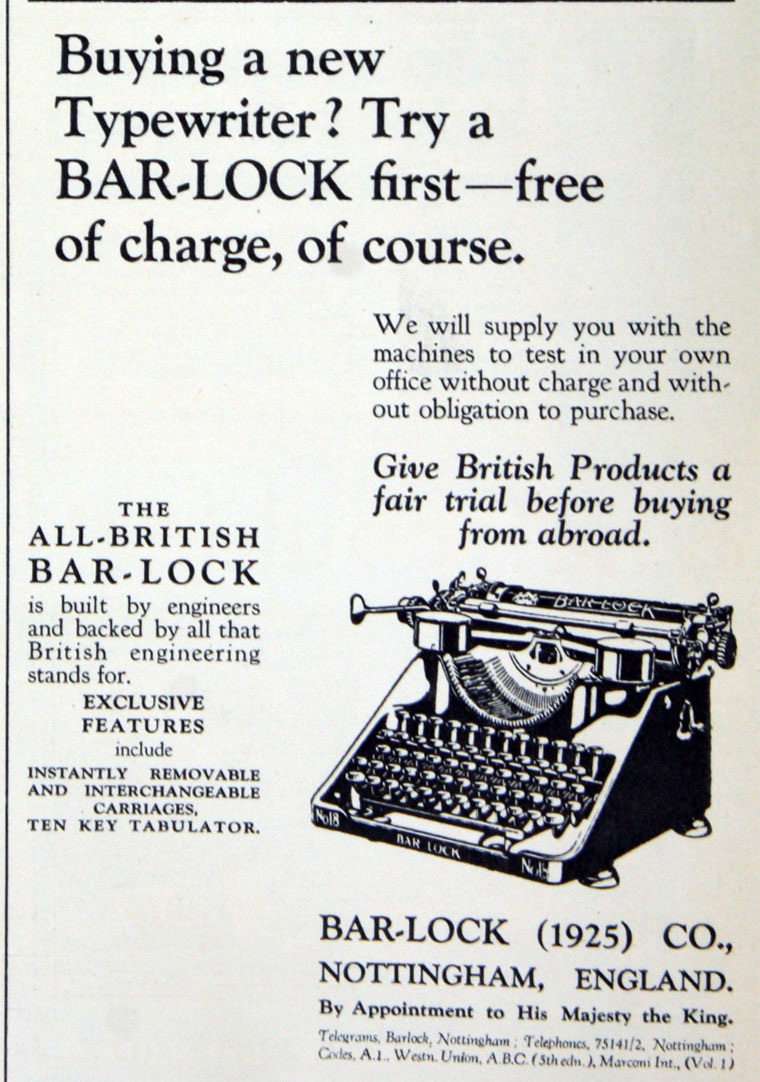 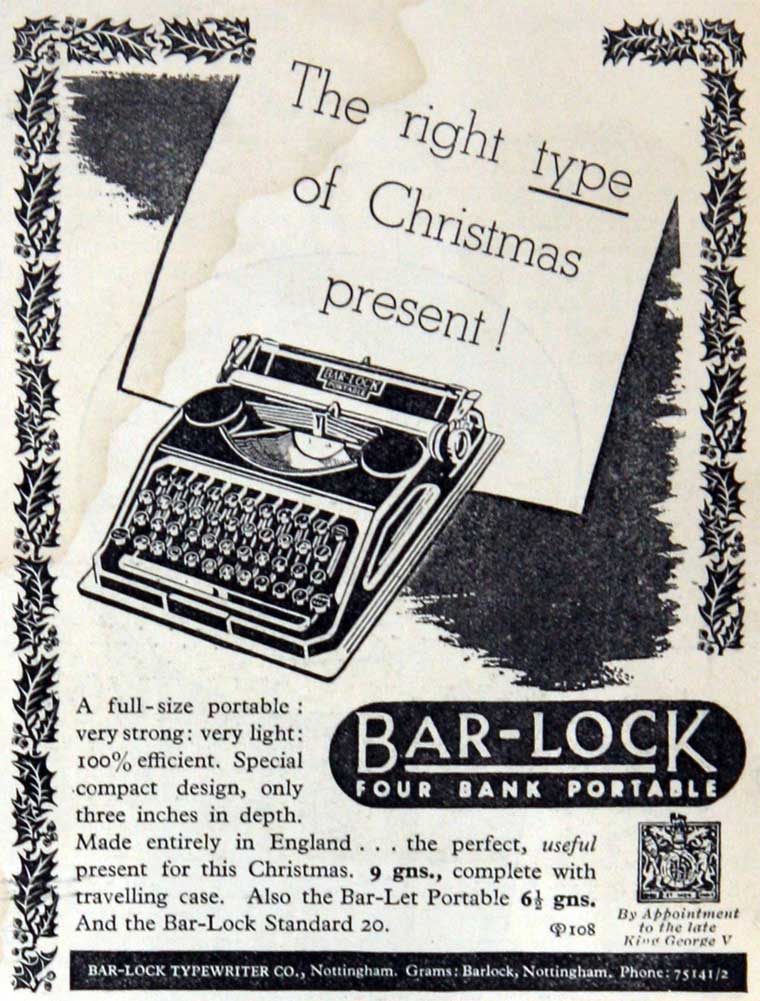 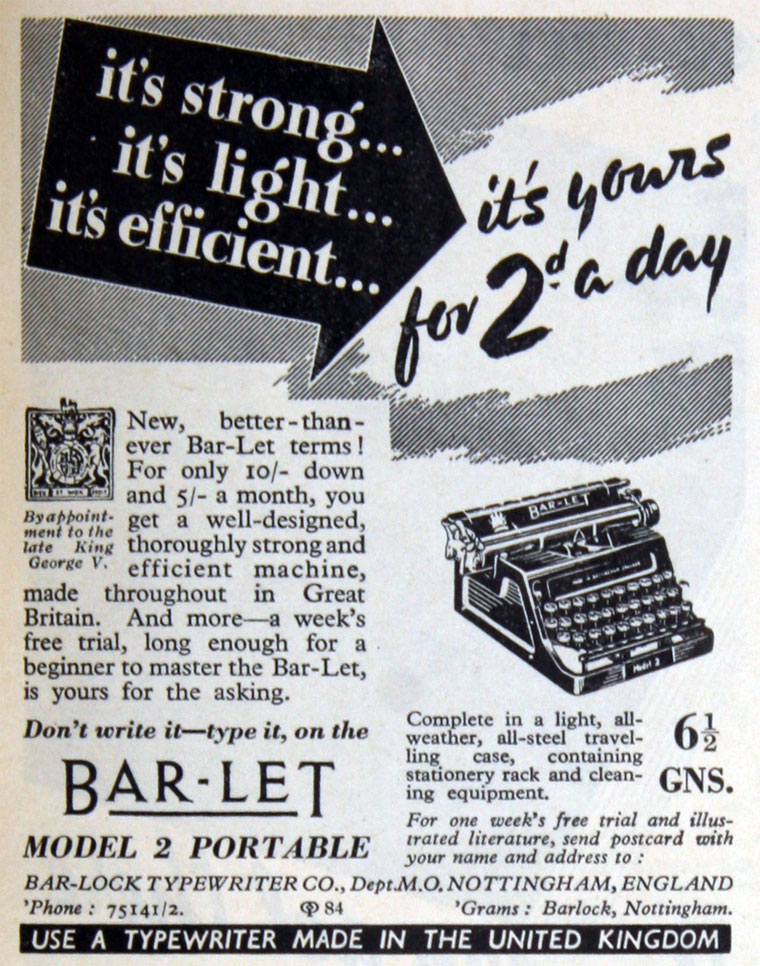 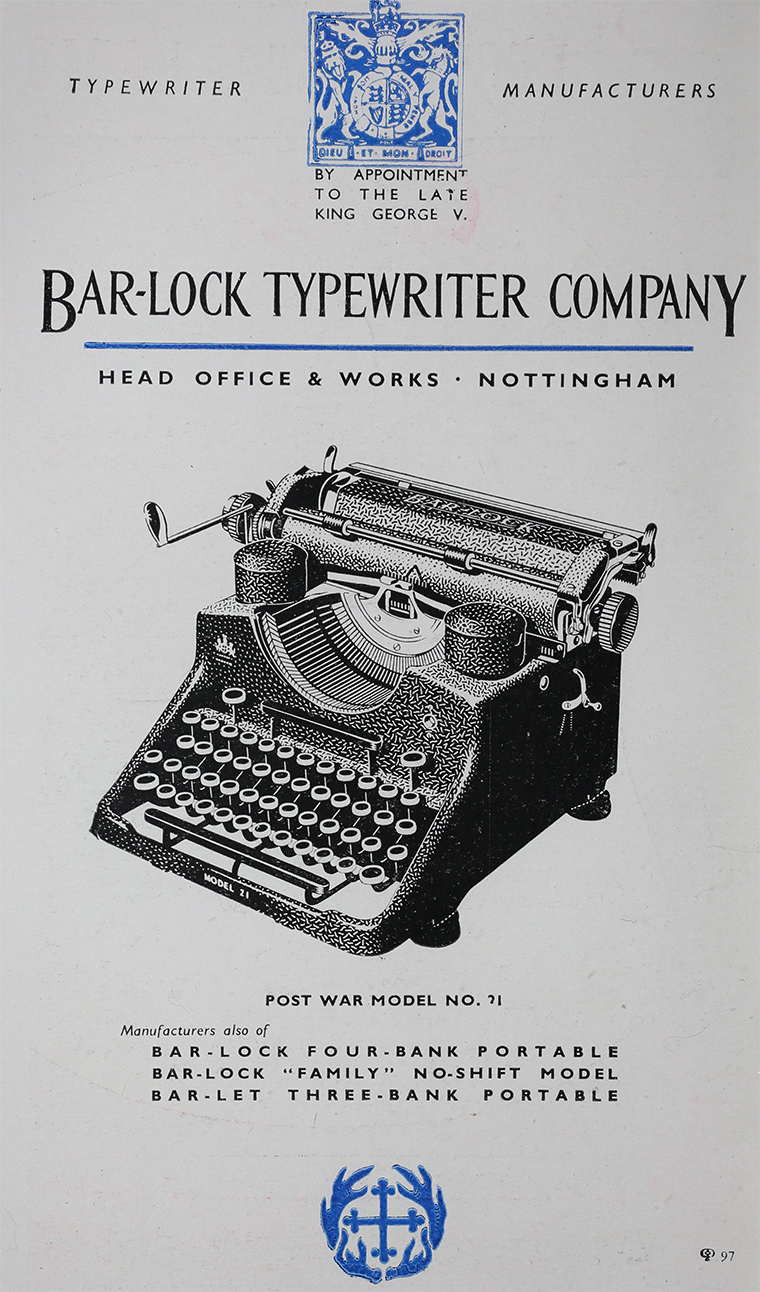 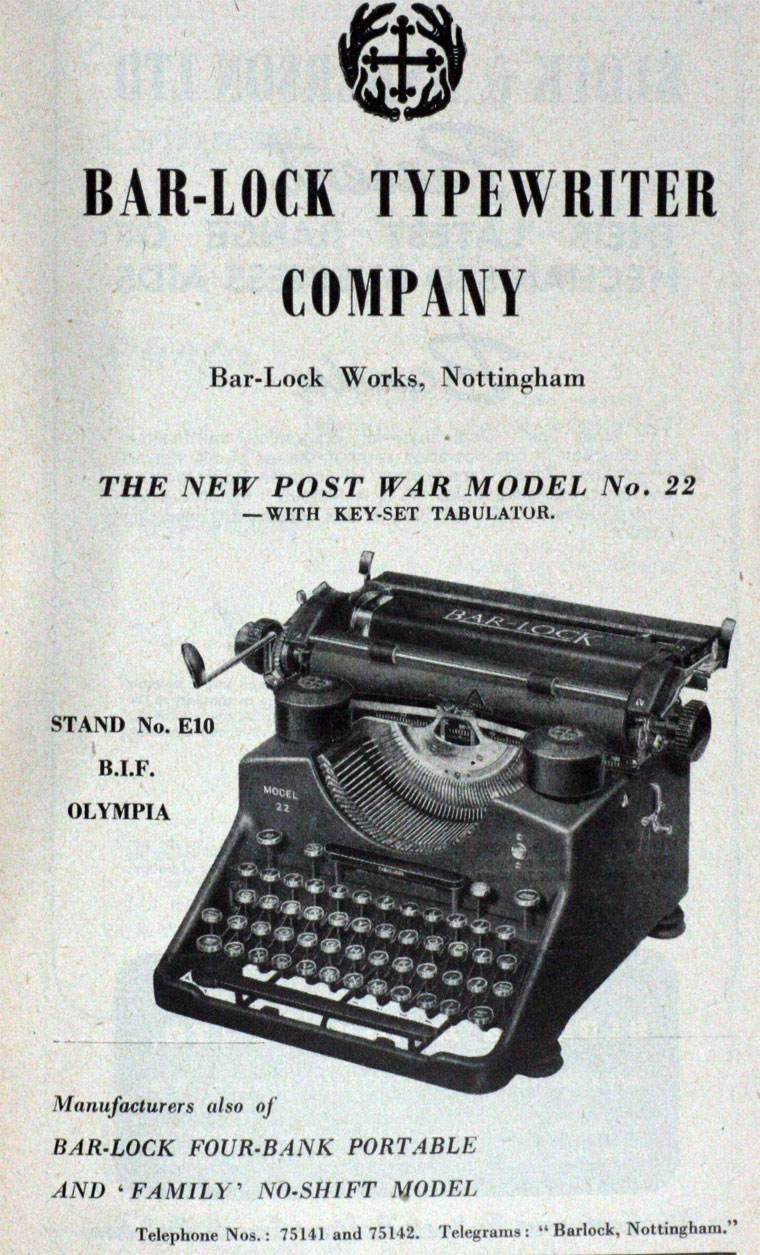 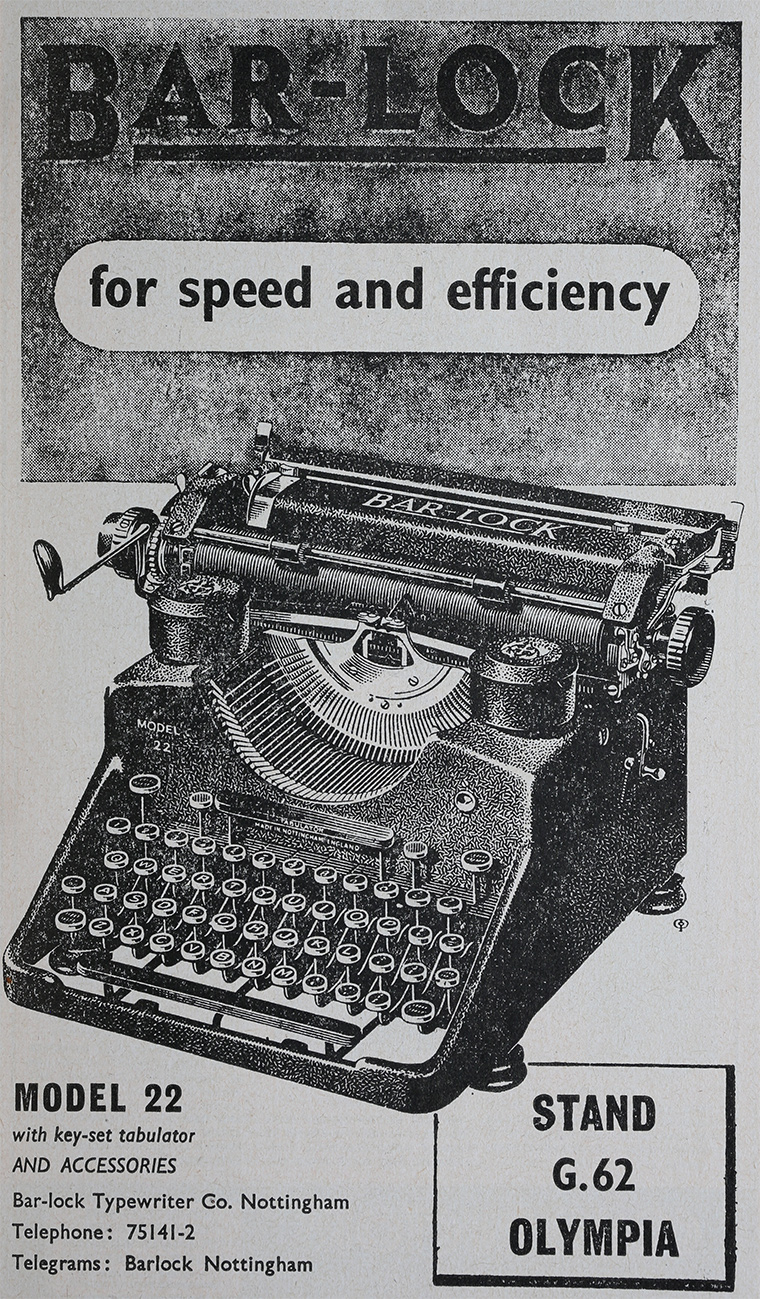 1880s Invented by New York watchmaker Charles Spiro, the Barlock offered visible writing by mounting its typebars vertically between the typist and the carriage. It was manufactured in the United States by the Columbia Typewriter Manufacturing Co.[1]

The name Barlock was derived from the typebar locking mechanism designed to insure proper alignment at the printing point. This device was nothing more than a set of pins that would allow only one key to enter it at a time, thus avoiding typebar crashing. Additionally, the Barlock offered a double keyboard and ribbon inking. Early models were equipped with ornate shields covering the typebars while later models used a more modest version.

1888/9 The machine was first advertised.

Eventually, production was established in England.

1914 The business was sold entirely to the British subsidiary, known as Barlock Typewriter Co. The First World War intervened, but production resumed afterwards.

1919 Patent - Improvements in or relating to typewriter bases. [2]

1919 Patent - Improvements in or relating to type-bar mechanisms. [3]

By 1925, the company was in dire straits, and with heavy investment by Sir John Jardine, was reorganized as Bar-Lock (1925).

WWII. Production stopped again for the Second World War, again resumed, but the company was in trouble once more.