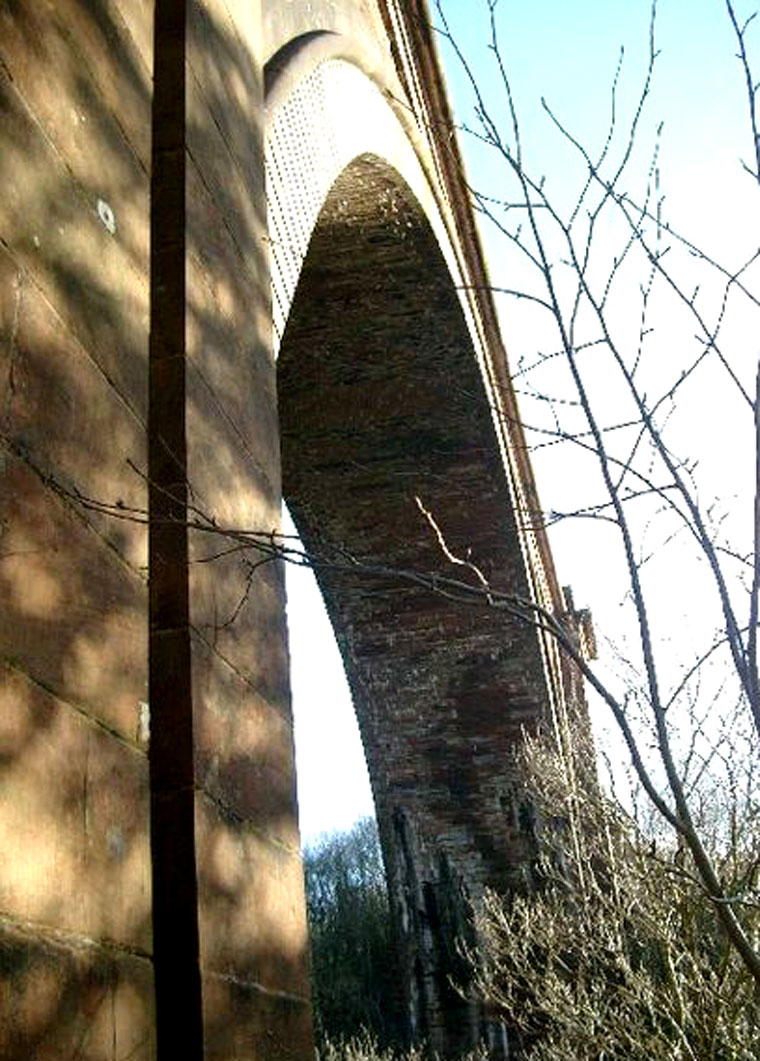 The Ballochmyle Viaduct is the highest extant railway viaduct in Britain.

The viaduct was designed by John Miller of Edinburgh for the Glasgow, Paisley, Kilmarnock and Ayr Railway. This railway was the northern part of the line from Glasgow to Carlisle via Kilmarnock.

The stone bridge was begun in 1846 and was completed in less than two years (March 1848), but the railway itself was not completed until 1850.

The main arch of 181 ft span carries the rails 169 ft above the River Ayr near Mauchline. The arch ring was built of hard stone quarried near Dundee, but local red sandstone was used for the rest of the structure. On both sides of the main span are three arches of 50 ft span each.

The bridge is still in use.