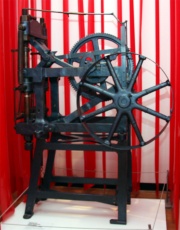 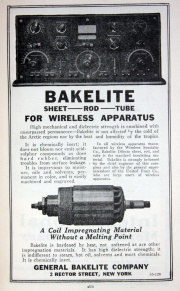 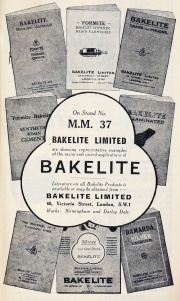 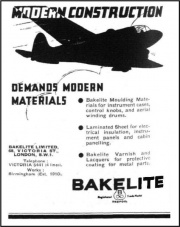 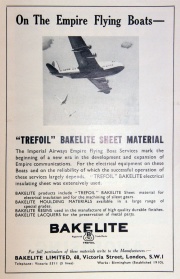 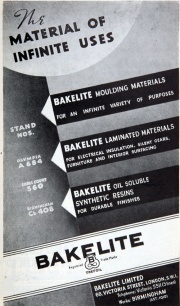 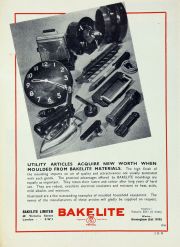 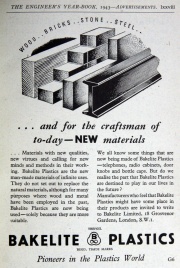 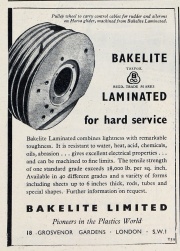 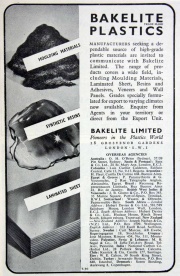 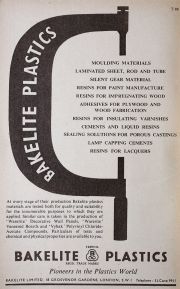 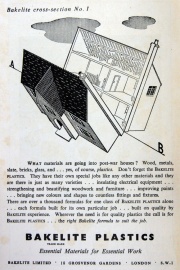 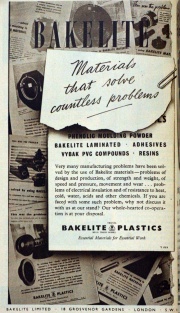 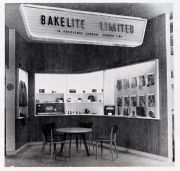 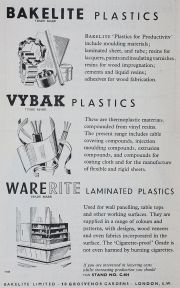 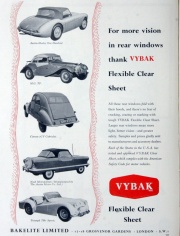 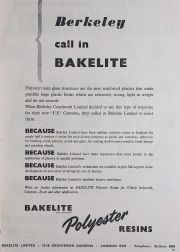 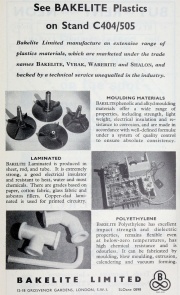 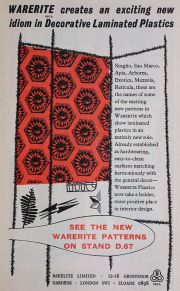 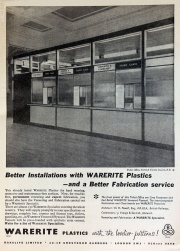 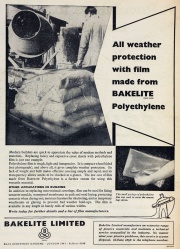 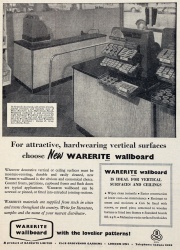 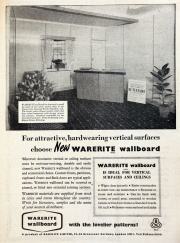 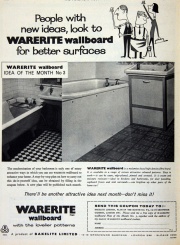 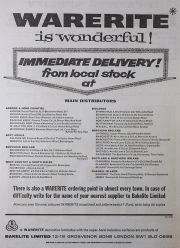 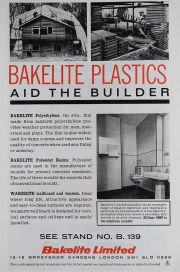 Bakelite is a material based on the thermosetting phenol formaldehyde resin, (polyoxybenzylmethylenglycolanhydride), developed in 1907–1909 by Belgian-American Dr. Leo Baekeland. Formed by the reaction under heat and pressure of phenol (a toxic, colourless crystalline solid) and formaldehyde (a simple organic compound), generally with a wood flour filler, it was the first plastic made from synthetic components. It was used for its electrically non-conductive and heat-resistant properties in radio and telephone casings and electrical insulators, and was also used in such diverse products as kitchenware, jewellery, pipe stems, and children's toys. In 1993 Bakelite was designated an ACS National Historical Chemical Landmark in recognition of its significance as the world's first synthetic plastic.

The name Bakelite was originally a brand, trademark name, but it is currently considered a generic term for all phenolic resin products, though some phenolic products besides Bakelite are brand-named.

1926 By agreement with Baekeland in America, Bakelite Limited was formed from the amalgamation of three suppliers of phenol formaldehyde materials: the Damard Lacquer Co of Birmingham, Mouldensite of Darley Dale and Redmanol of London, to exploit Baekeland's phenol formaldehyde patents in England.

c1928 a new factory opened in Tyseley, Birmingham. (The building was demolished in 1998).

1939 The company was acquired by the Union Carbide and Carbon Corporation.

1945 Intention to enter new fields of plastics, including vinyls for electrical insulation and other uses; a new factory would be constructed at a new site[5].

1948 Production of urea moulding compound had started at the Aycliffe site[8].

1952 Plan to list shares on London Stock Exchange. One of the associated companies Synthetic Chemicals Ltd had started production of sulphuric acid which was a precursor in the manufacture of phenol, one the company's raw materials; PVC production was expected to start at Aycliffe in 1953[10]. Substantial share holding held by Union Carbide and Carbon Corporation and by Pinchin, Johnson and Associates Ltd.

1955 Heavy explosion at the Vinyl Resin Plant at Aycliffe[11].

1962 Distillers Co and Union Carbide agreed to transfer the majority holding in Bakelite (and offered to acquire the remaining shares), Union Carbide's low density polyethylene activities at Grangemouth and the whole of British Xylonite Co into a jointly owned company[12] which would be called Bakelite Xylonite Ltd.