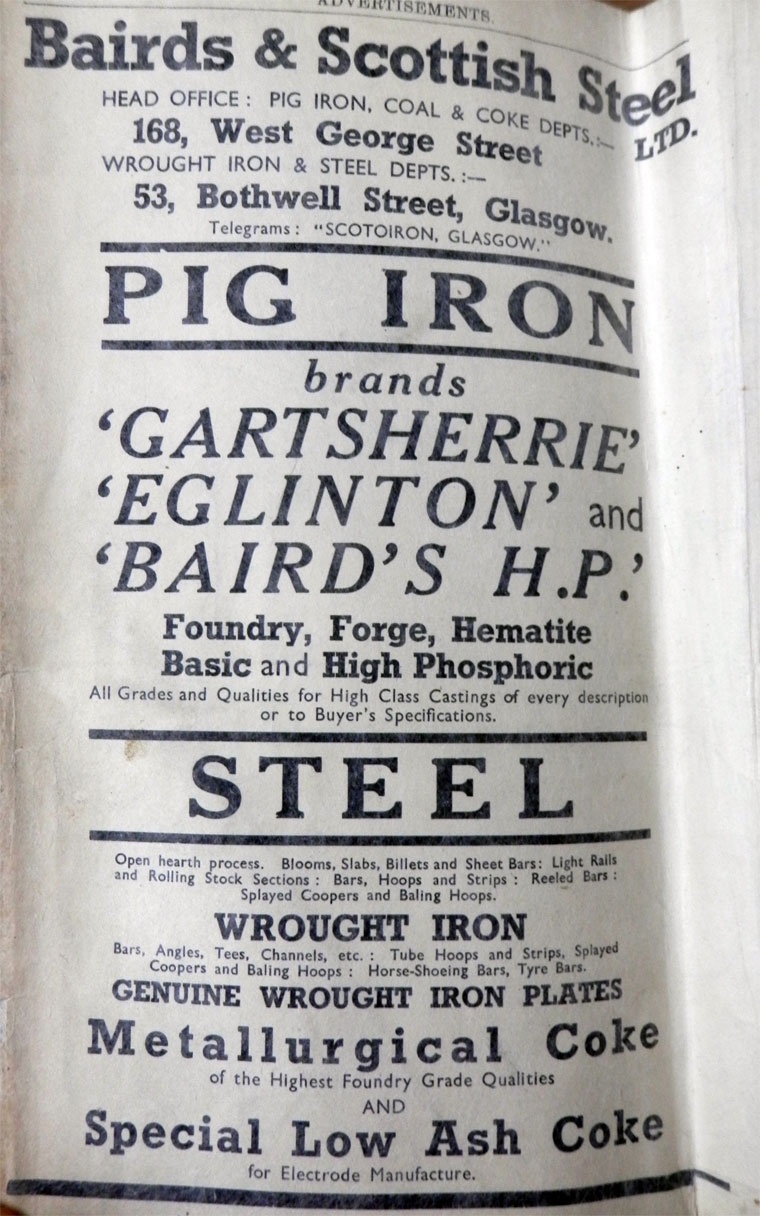 1947 Many of the company's assets were nationalised and the challenge of desegregating them from the rest of the company had caused extra work which delayed the AGM; acquired the limestone mines and works at Clippens of Shotts Iron Co; A. K. McIntosh was chairman; Andrew Reid McCosh was manager of Gartsherrie Works; he was elected to the board[1]

Between 1946 and 1951, the whole of William Baird’s coal, iron and steel interests were nationalised and the company began to diversify into other areas of business, including the textile industry

The nationalised enterprise, still under McCosh management, finally began rebuilding but only one furnace was constructed.

The nationalised enterprise, still under McCosh management, finally began rebuilding but only one furnace was constructed.

William Baird and Co declined the chance to buy the works back on denationalisation.

1963 When a consortium, Iron and Steel Investments, bought the company, the old Baird management withdrew. But it was no longer viable and the new owners closed it in 1967.