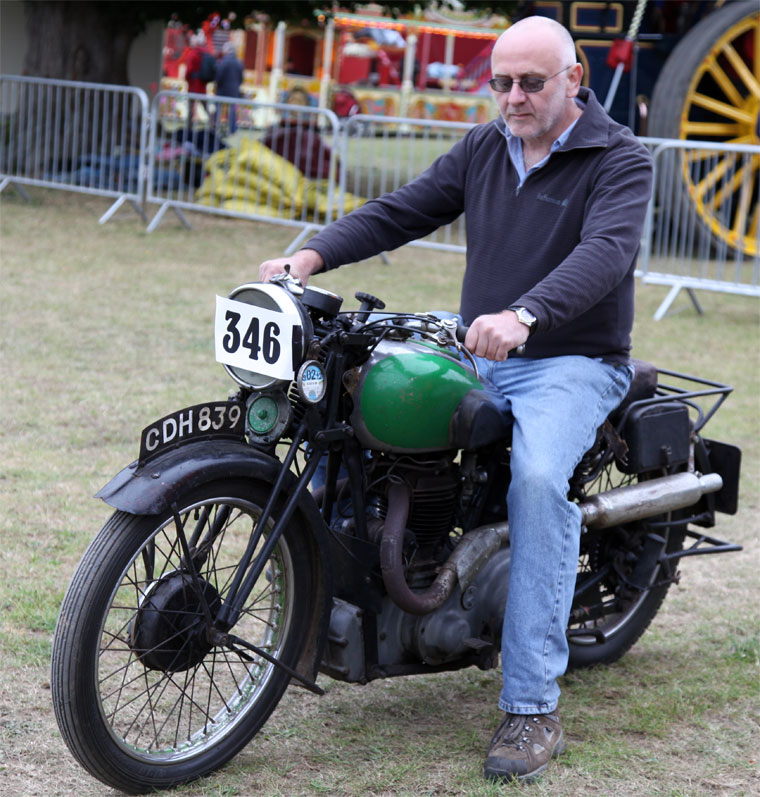 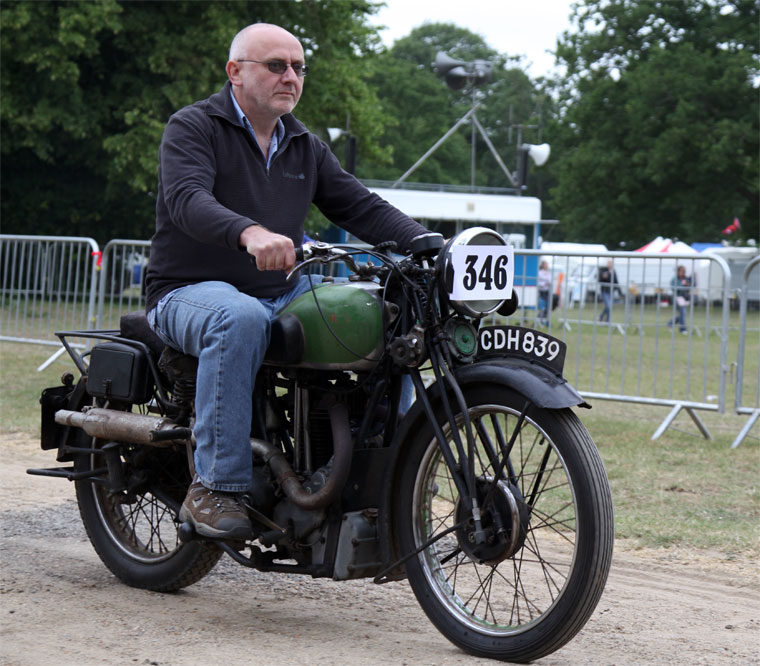 Note: This is a sub-section of BSA

The BSA Empire Star was a British motorcycle made by BSA at their factory in Small Heath, Birmingham. Named to commemorate the Siver Jubilee of King George V and advertised as The Masterpiece of the Industry, the Empire Star range was produced between 1936 and 1939, when it was developed into the BSA Gold Star. World War II stopped production.

Developed from the popular BSA Blue Star and designed by Val Page, the Empire Star range had the benefit several ideas Page had been developing at his previous employers, Ariel and Triumph motorcycles. With a heavy frame and iron barrelled push-rod valves the Empire Star still had the legacy of the earlier BSA's however, and Page continued to lighten it and introduce engine tuning ideas throughout production.

The overhead valve Empire Star was available as the 250 cc 'B22', the 350 cc 'R5' and the 500 cc 'Q8' models. Based on the standard BSA Blue Star the 'Empire' featured an alloy primary chaincase with a special high compression piston and a hardened cylinder bore. It also had some modern features, including a new foot-change gearbox and dry sump lubrication.

BSA launched the range of Empire Star models in 1936 with an effective demonstration of their reliability - a 500 cc model was subjected to an endurance test of 500 miles at Brooklands, averaging speeds of over 70 mph round the oval track. This was followed by a 1,000 miles endurance ride around the UK, visiting the West Country, Wales and the Lake District. The whole trip was completed successfully without the need for any spare parts - an important selling point for BSA in an increasingly competitive marketplace.