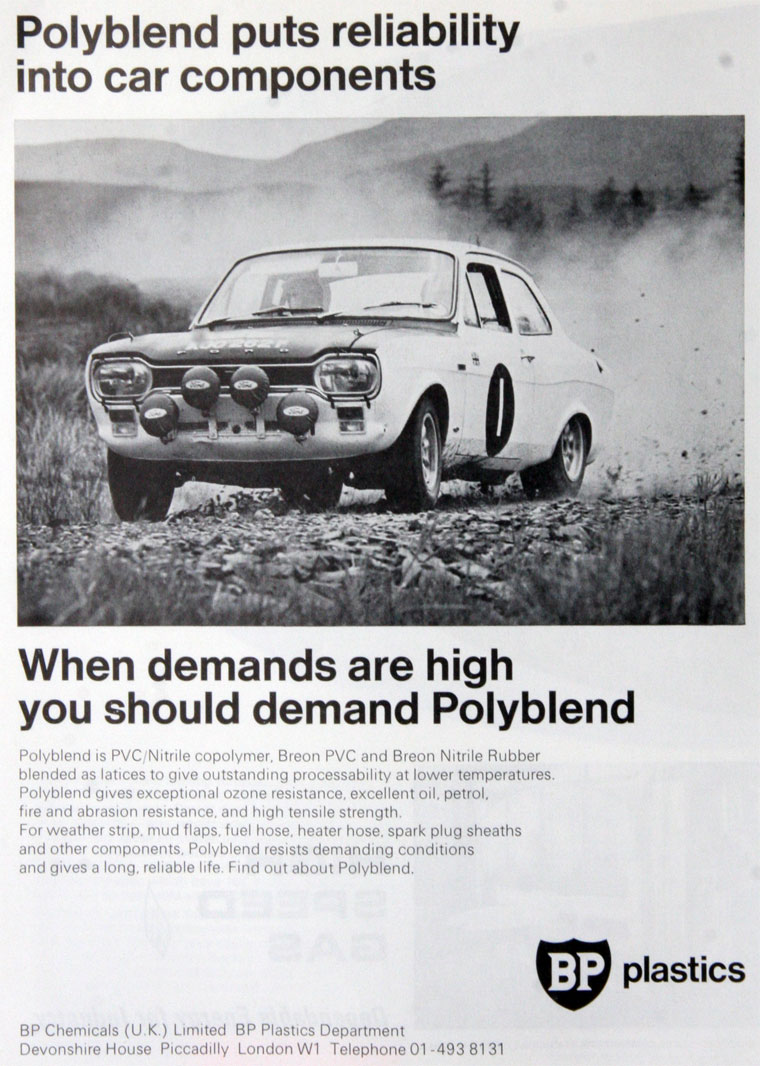 1967 New subsidiary company, BP Chemicals, established to hold all of BP's chemical and plastics interests and the chemicals businesses acquired from Distillers Co[1].

1968 Announced plans for £60M chemicals and plastics complex at Baglan Bay in South Wales (including vinyl chloride); offered to acquire Chevron Chemical's interest in the phthalic anhydride plant at Salt End, Hull and announced plans for expansion of this plant[2].

1970 Plans to build new ethanol plant at Baglan Bay[4]. New phenol plant commissioned at Grangemouth[5]. Wulff plant for producing acetylene used to make vinyl chloride monomer at Barry was closed after many technical problems since it was commissioned in 1966[6]; the chemical would be imported instead[7].

1978 BP acquired ICI's share of Border Chemicals based at Grangemouth[8], which became part of BP Chemicals.