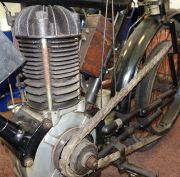 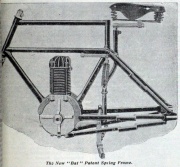 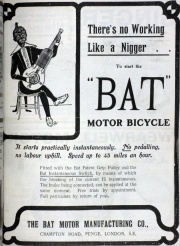 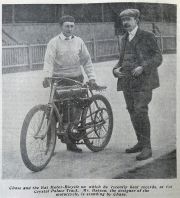 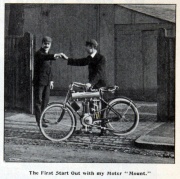 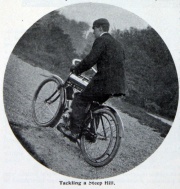 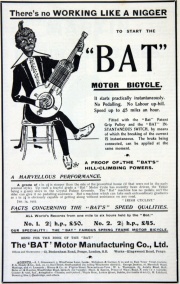 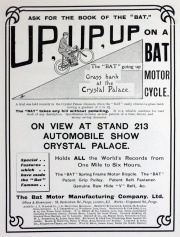 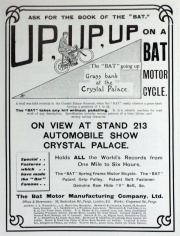 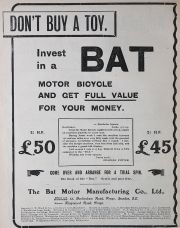 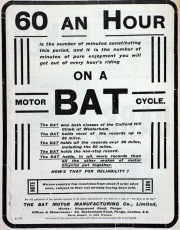 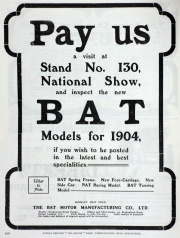 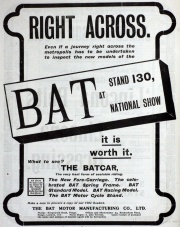 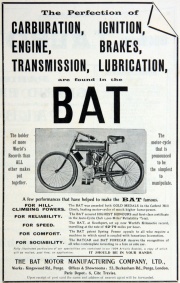 From Motors and Motor-driving. Published in 1906. 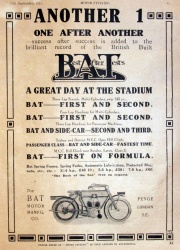 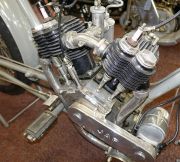 of Kingswood Road, Penge, London produced motorcycles from 1901 to 1925.

The marque originated from the name of the founder, Samuel Batson, although early advertisements depicted a cricket bat and the mammal.

1901 After many years as a cyclist, Samuel Batson became interested in motorcycles. From their study he patented many improvements, built a demonstration model and approached manufacturers - with little success.

1902 Batson set up his own business at Kingswood Road, Penge, London to build machines - one of which was soon setting records and ridden by F. W. Chase. The machine was fairly primitive in design, with a De Dion engine. An optional sprung sub-frame was also available. The company was presumably Batson's Patent Syndicate Ltd

1902 December. 'Mr S. R. Batson, who referred to the origin of the "Bat" machine. He first invented a pulley to prevent the belt slipping. He then peregrinated to various parts of the kingdom, and his inability to find a machine suitable to his invention induced him to turn his attention to the making of a bicycle, and with the assistance of his engineer turned out the "Bat" which practically monopolised the motor-cycle records of the day.'[2]

1903 Following on from its success the previous year, BAT earned the slogan 'Best After Test'. For that year the engine was from MMC and the machine was fitted with pedals. T. H. Tessier joined the firm and went on to achieve many records riding BAT machines.

1904 A forecar model was produced, powered by a water-cooled engine and some machines had Minerva engines.

1904 The company was put into voluntary liquidation.

1906 Engine use switched to JAP, Stevens and Soncin. For road use there were singles and V-twins with the option of either a rigid or sprung frame.

1907 Tessier entered the the first Isle of Man TT, but retired.

1908 A BAT came second at the TT, in the twin-cylinder class, but that was the best they would ever do on the Island. By now BAT was known for its speed and comfort. It was also successful at Brooklands, as its build suited the track.

1909 The range increased to include a 2.5hp lightweight model and larger singles with mechanically operated inlet-valves, while the twins still had the older aiv type. Also listed were racing versions, sidecar models and a quadricycle - a motorcycle with a removable sidecar and two steering front wheels.

1910 Production problems forced the company to reduce the range to three models.

1912 The concentration was now on twins and a counter-shaft gearbox with kick-starter and clutch in the rear hub had replaced the two-speed P and M gear.

1913 The singles were dropped; the TT model had ohv and the 8hp had all-chain drive. More models appeared and all were V-twins with variations of transmission. Sporting success continued and one of the machines managed to come in seventh in the Senior TT.

WWI. Some machines were sold to Russia although payment was not always forthcoming.

1919-1921 The BAT name returned in 1919, in the form of both 6hp and 8hp V-twin models with three speeds and chain drive. Those machines were constructed from a variety of spares on the store shelf, and a 4hp V-twin appeared in 1921.

1922 The company was taken over by Tessier's sons.

1923 The twin models were joined by a 2.75hp single. The company took over the stock parts and the rights to manufacture of another manufacturer, Martinsyde.

During 1924 Martinsyde's two twins continued under the trading name of BAT-Martinsyde.

1925 Financial problems meant that it was their final year. BAT-Martinsyde ceased production.