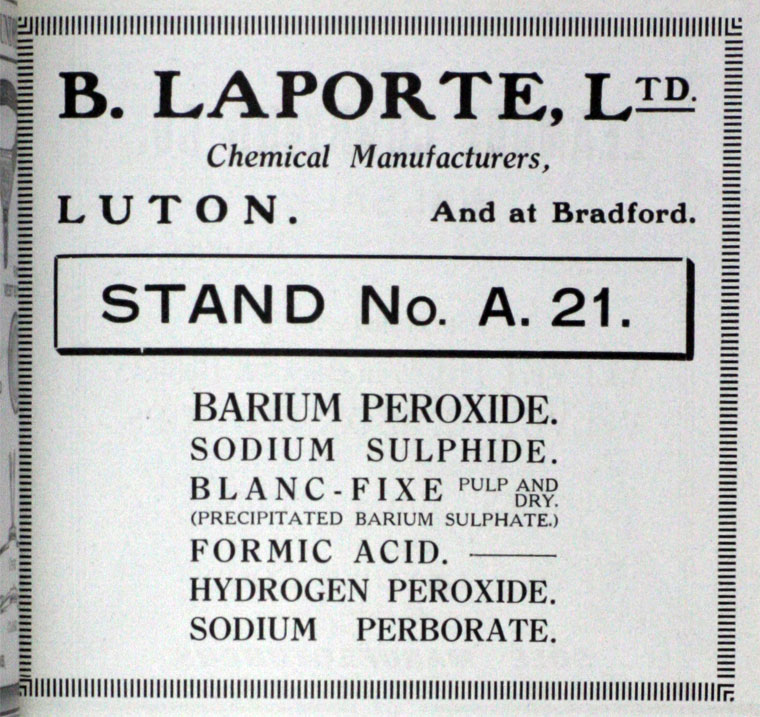 1918 Plans re proposed formic acid production plant on an existing site; including detailed illustration of an acid condenser and layout of new plant machinery. B. Laporte Chemical Works, Spencer Road.

1933 Subsidiary National Titanium Pigments opened a new titanium factory at Luton, the only one of its kind in the country[3]. Acquired control of Malehurst Barytes Co of Minsterley[4]

1946 Acquired John Nicholson and Sons, of Hunslet and Barnsley, maker of sulphuric acid[6]

By 1949 Name changed to Laporte Chemicals[9]