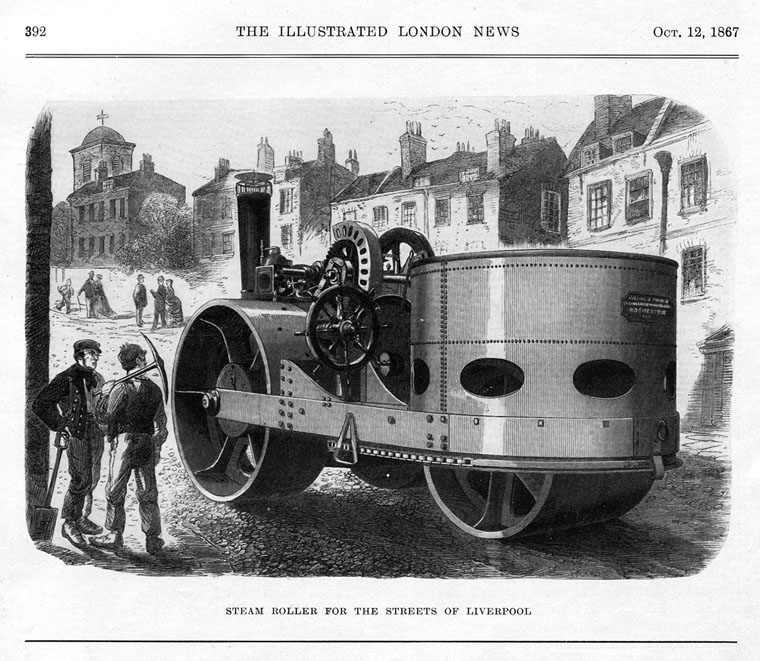 1867. Steam roller on the streets of Liverpool. 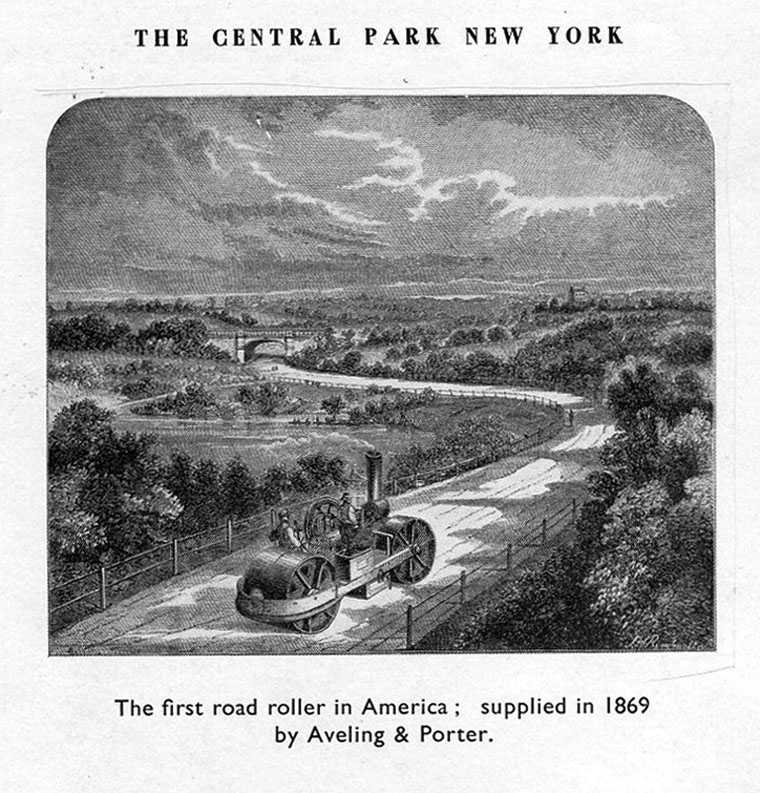 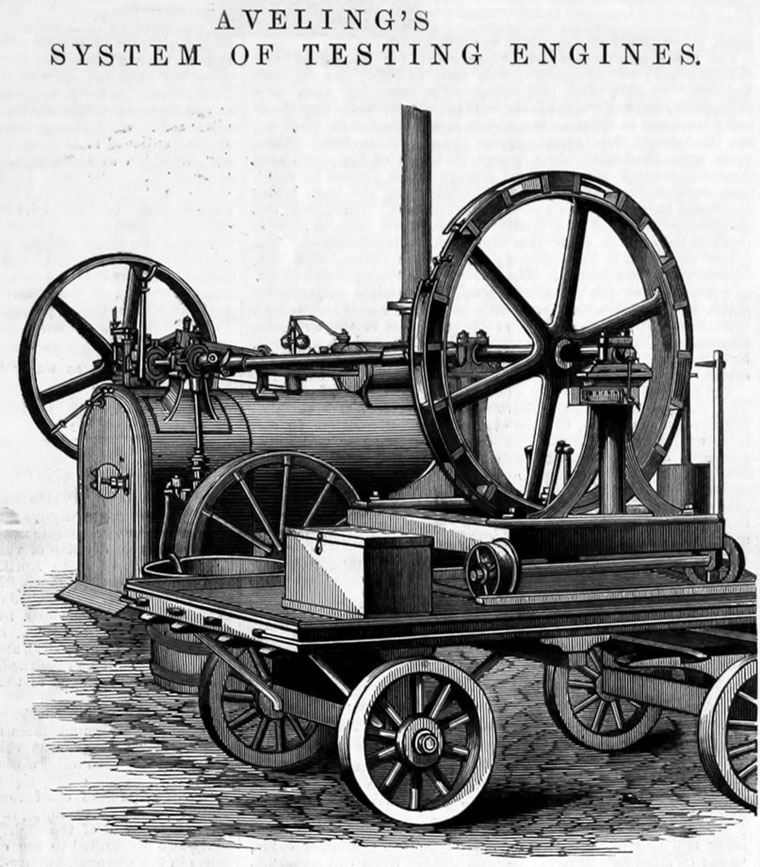 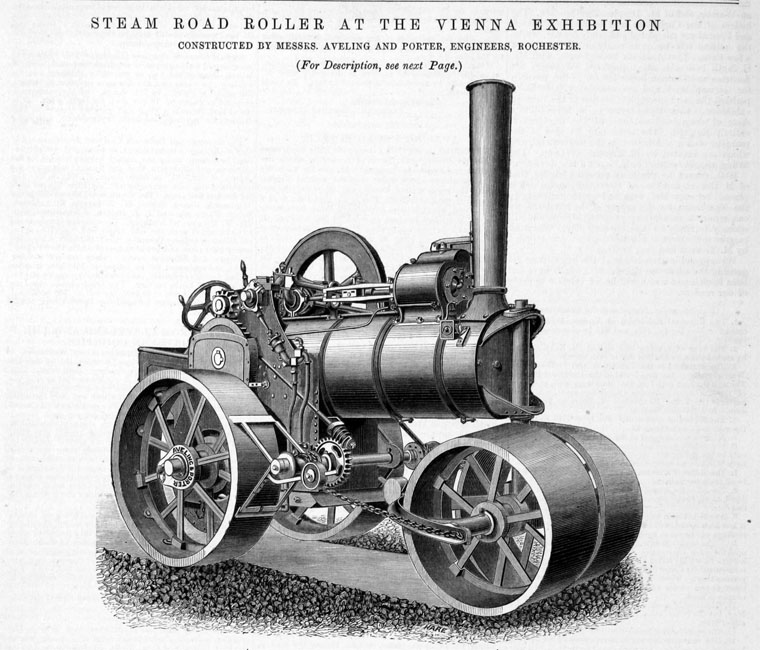 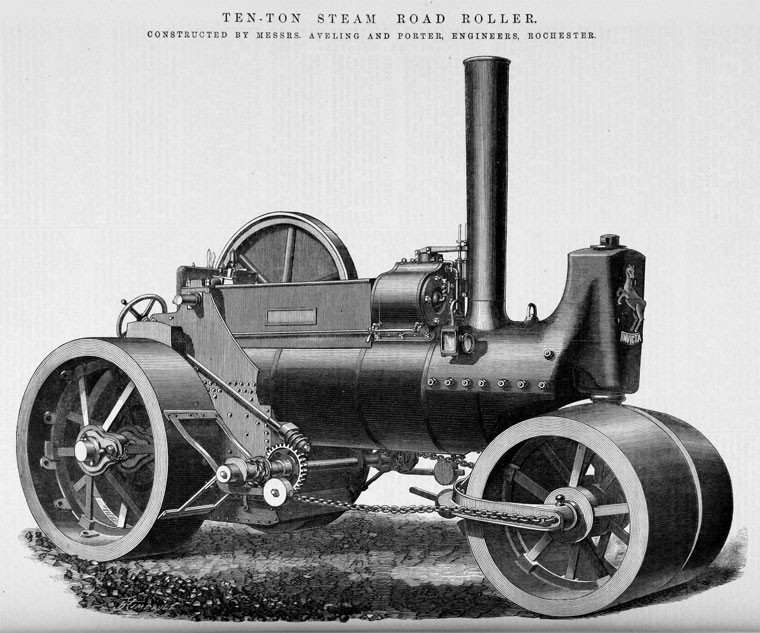 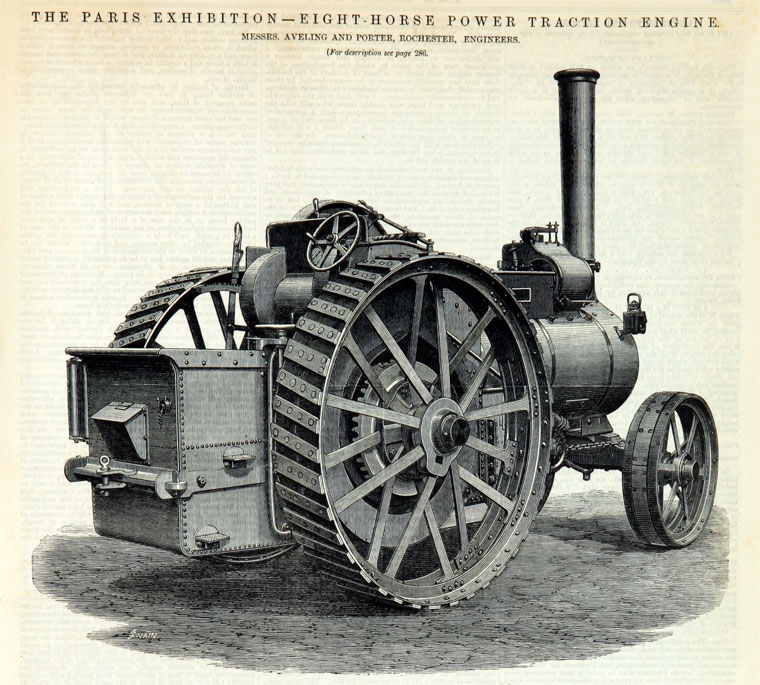 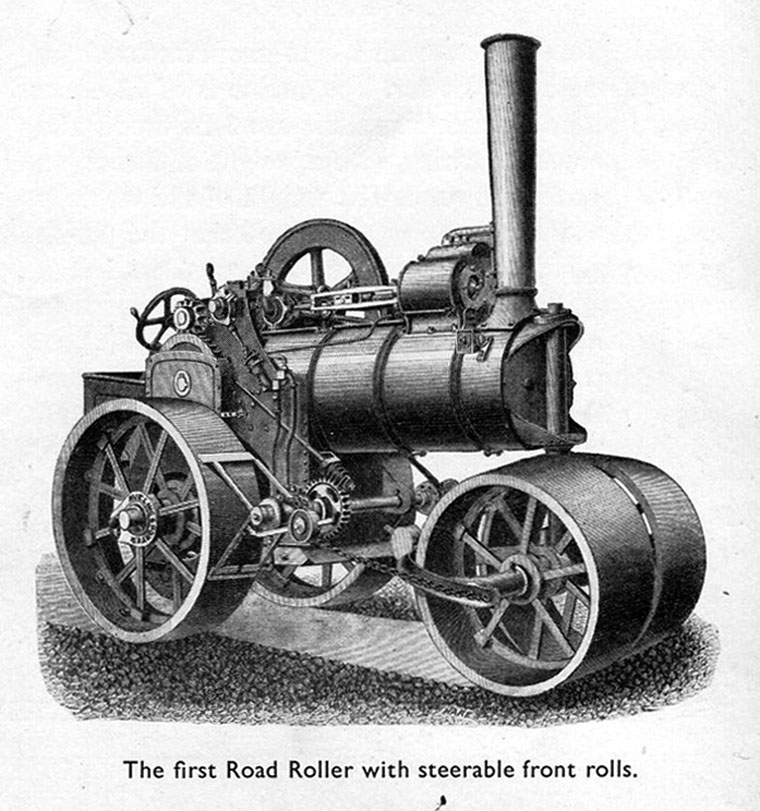 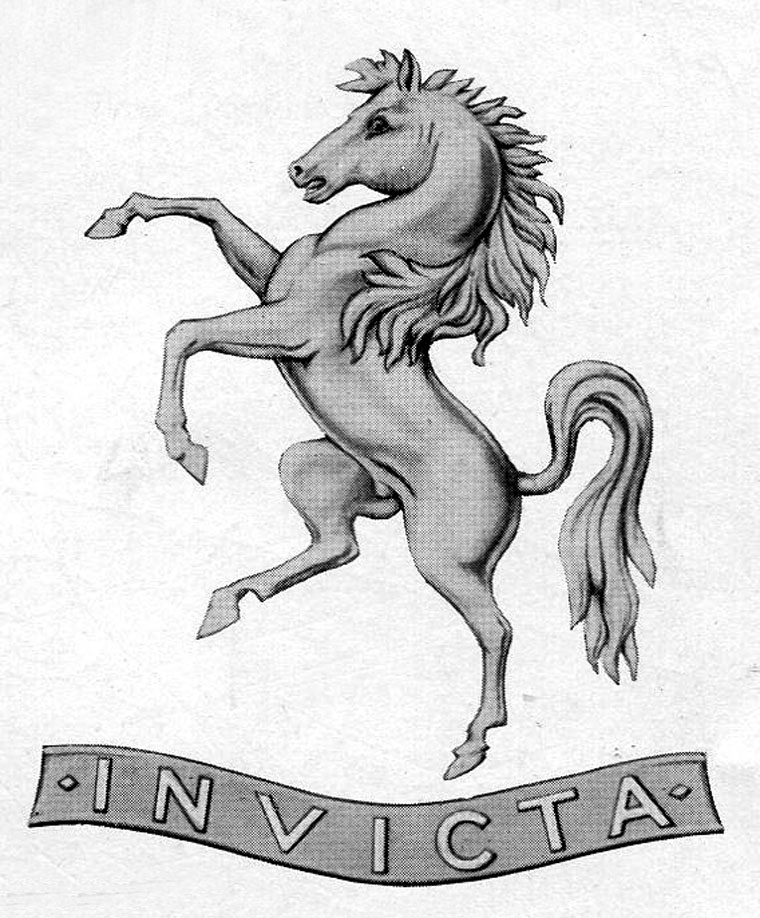 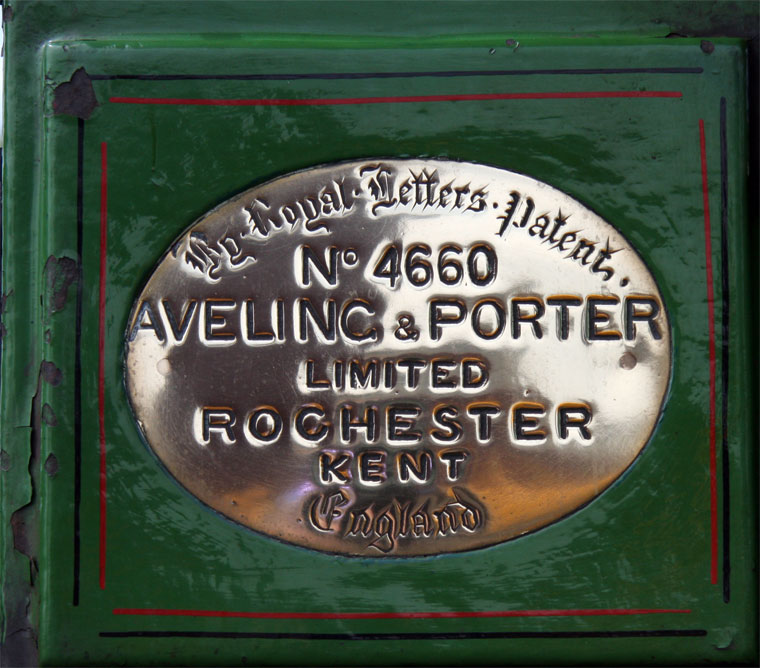 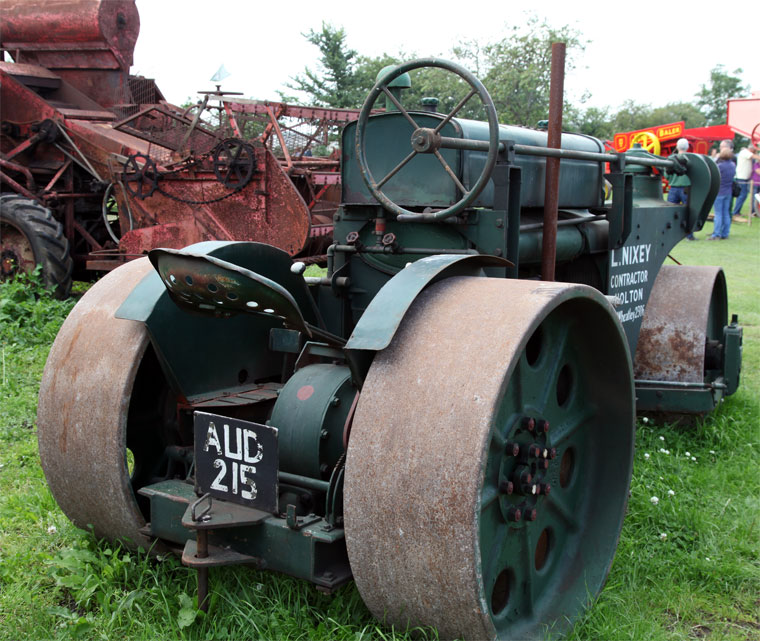 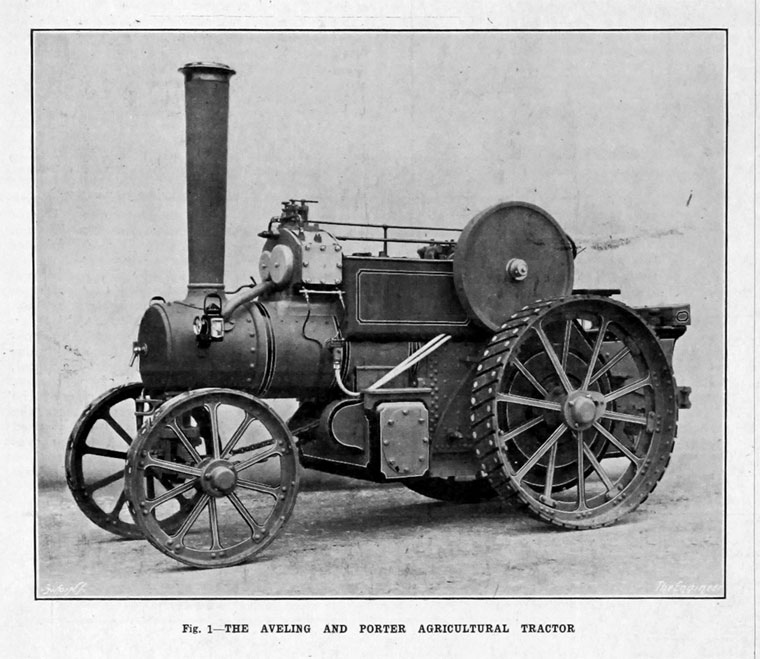 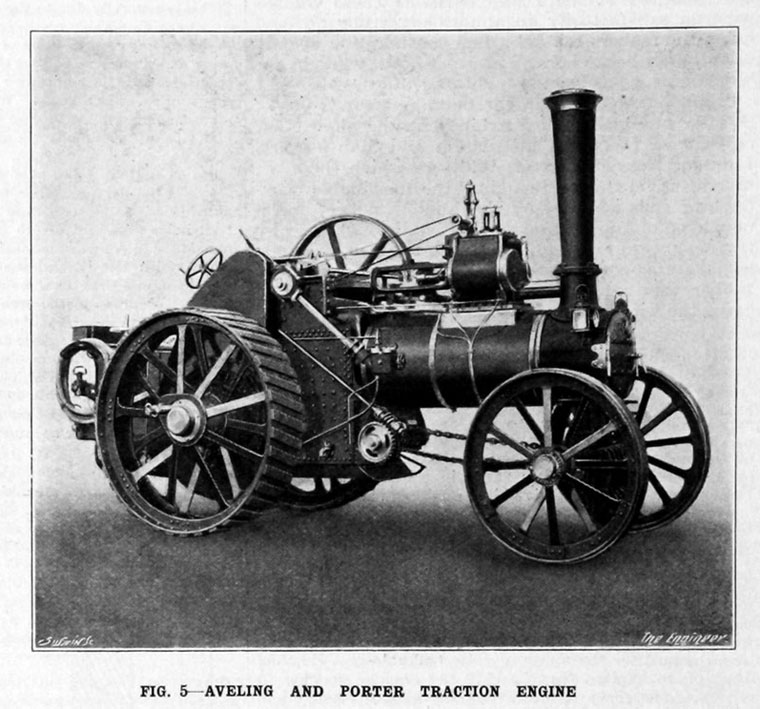 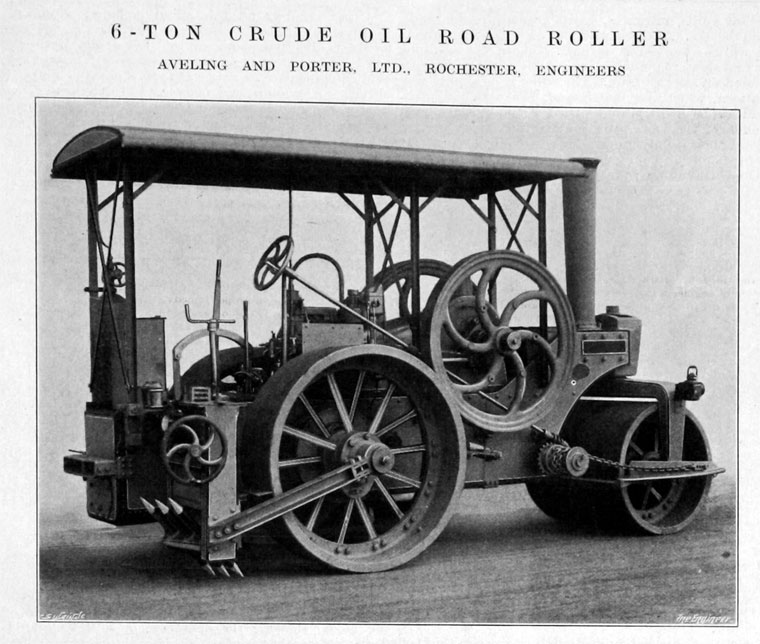 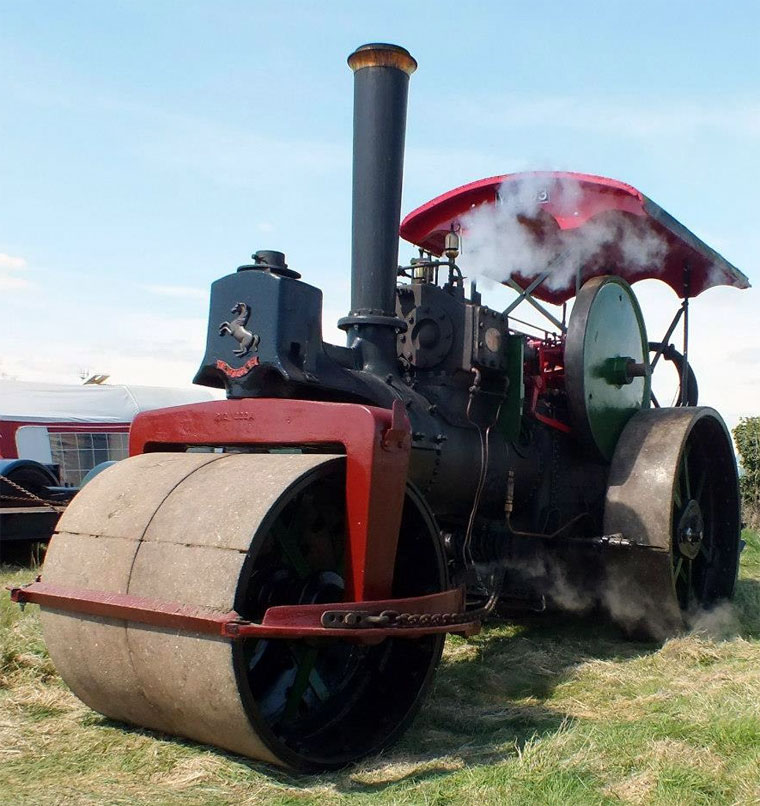 1858 Aveling acquired premises in High Street, Rochester where he lived with some of his family for the next few years. Other children lived with their maternal grandparents who were wealthy farmers.

1860 At the Smithfield Show, Thomas Aveling of Rochester exhibits an 8 hp patent locomotive engine invented by himself and made by Clayton and Shuttleworth [3]

1861 Started building steam engines to his own design.

1861 Patent for improvements to locomotive engines by Thomas Aveling and Henry Rawlinson, both engineers and of Rochester. [5]

1861 The main works were concentrated at Strood

1862 Needing capital to expand, Richard Porter joined the company and the name changed to Aveling and Porter.

1862 May. At the Bath and West Society Show, Aveling and Porter showed a traction engine that they had driven 190 miles from Rochester to Bath in under 48 hours. [6]

1862 June. At the International Show of the Agricultural Sociery they showed an agricultural locomotive engine for threshing, ploughing and general traction purposes. [7]

1864 Produced their first engine to run on rails and continued in this market until 1926.

1865 They developed a steam engine and produced more of the machines than all the other British manufacturers combined.

1865 Their steam roller was tested in Hyde Park, London, Military Road, Chatham and at Star Hill in Rochester, Kent and was a success. Aveling and Porter steam rollers were exported to Europe and as far afield as India and the USA.

It was in 1865 that Aveling after experimenting with one of his large, road locomotive engines fitted for the purpose with very wide and heavy driving wheels and drawing a detached cast iron roller of width sufficient to cover the space between the outside wheels, decided to construct a machine expressly for rolling. [9]

1871 Aveling & Porter were requested by the Government to construct a light traction engine designed for hauling siege guns. These machines were named "Sappers" and were specially constructed so that the total weight of each machine did not exceed that of the heaviest siege gun which, at that time, was the Armstrong breech loader of 95 cwts. Many were built for the War Office. In reporting the trials of the “Steam Sapper”, The Engineer of September 22nd, 1871, stated that it was the lightest engine of the power yet constructed, and. that although only of 6 h.p. nominal, it drew a net weight of 15| tons up the severe gradient of Star Hill, Rochester. The Russian Government purchased a number of “Sappers” to this pattern and they were employed for hauling war material across the Dobrudscha.[11]

1876 The engine to which the Royal Agricultural Society's First Prize was awarded was one of Aveling and Porter's 10-horse power Locomotives, fitted with a single slide and ordinary link motion, and it indicated 3ó-horse power, with a consumption of three and one-fifth pounds of coal per horse power per hour, nine other engines competing. Not only was the First Prize for Road Locomotive Engines awarded to Aveling and Porter at the Royal Agricultural Society's Meeting, at Wolverhampton in 1871, but the Society's First Prize for the best waggon suitable for Traction Engines was also given to them, after a very complete series of competitive dynamo- metrical trials with waggons of all classes.[12]

1882 Thomas Aveling died and was succeeded by his son Thomas Lake Aveling.

Under Thomas Lake Aveling's direction, the company concentrated most of its efforts on the production of steamrollers. Aveling and Porter met about 70 per cent of the British market for road rollers in the early twentieth century. The firm continued to make various products such as traction engines, ploughing engines, steam wagons, and tramway locomotives, but many others were contracted out. Aveling and Porter threshing machines, for example, were made by Nalder and Nalder of Wantage.

1895 Employed 1,000 workers. The company was registered on 16 July, to take over the business of engineers, ironfounders of the firm of the same name. [23] Thomas Lake Aveling was to serve as chairman and managing director until he retired in 1928.

1899 Exhibited at the 1899 Royal Agricultural Show with a steam road roller fitted with Morrison's Patent Scarifier.

After the First World War, Aveling and Archibald Maconochie, a friend and neighbour in Kent, promoted the formation of Agricultural and General Engineers. This was a publicly quoted holding company which took over the businesses of Aveling and Porter, James and Frederick Howard, and twelve other firms engaged in agricultural and related engineering.

The intention was to rationalize the industry through the merger, but this was not fulfilled. The holding company's central overhead costs tended to outweigh savings from the limited amount of integration between the constituent companies. Aveling and Porter's business began to suffer, and by 1928, when Aveling retired, the number of employees had declined and short-time working had been implemented for many of those that remained.

1934 They changed their name to Aveling-Barford

1937 Became a public company to raise £320,000 with Edward James Barford, William Geoffrey Barford and George Ruston Sharpley as directors. Claim they make 75% of all rollers in the UK at present. [30]

After World War II the company continued to make motor and steam rollers as well as expanding into other construction equipment. Aveling Barford is now part of the Thomson group of companies, which also includes Moxy articulated dump trucks.

The company produced around 12,200 steam powered vehicles and there are around 600 preserved.