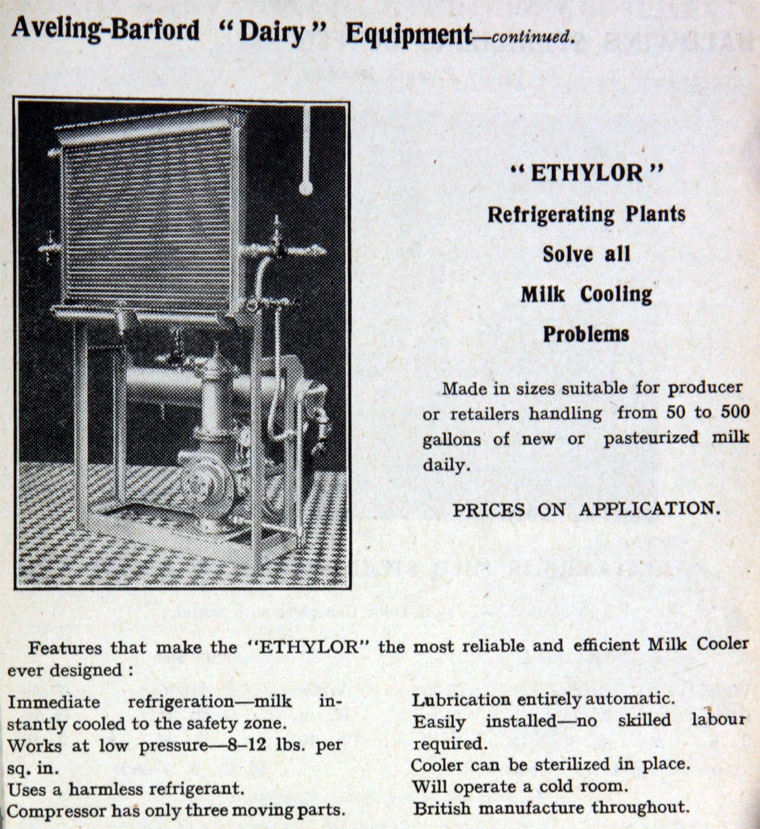 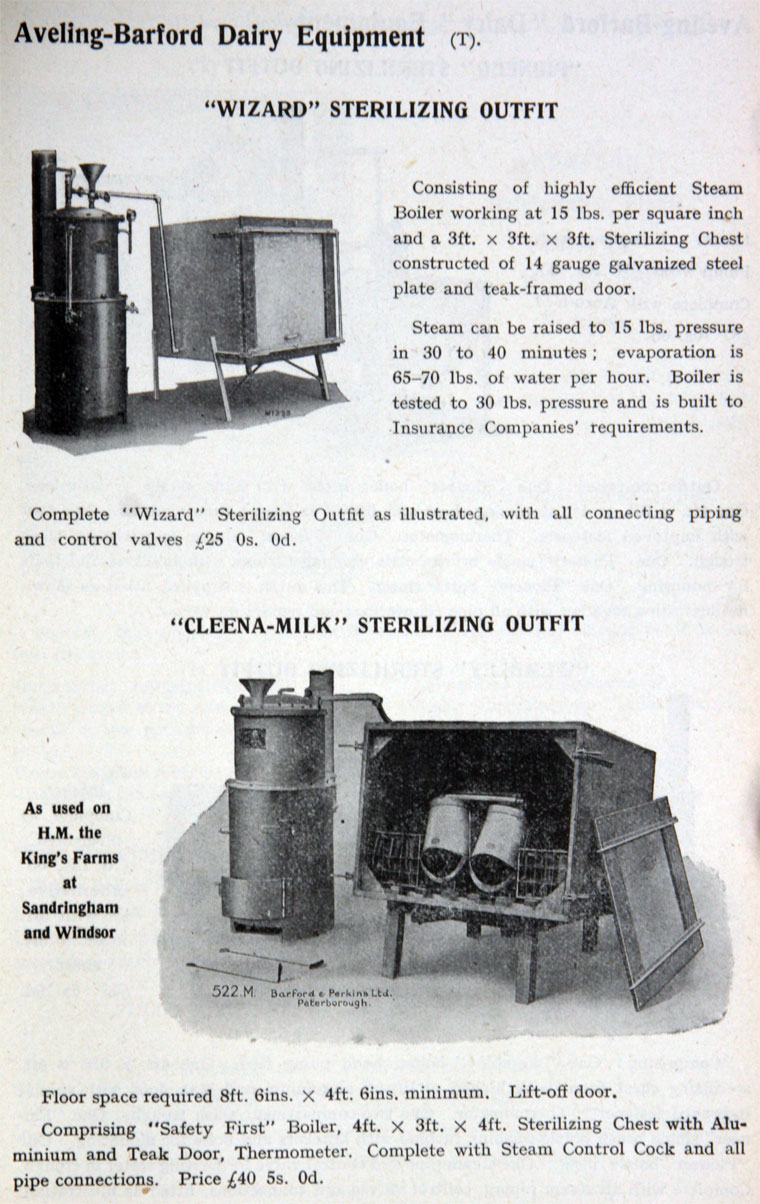 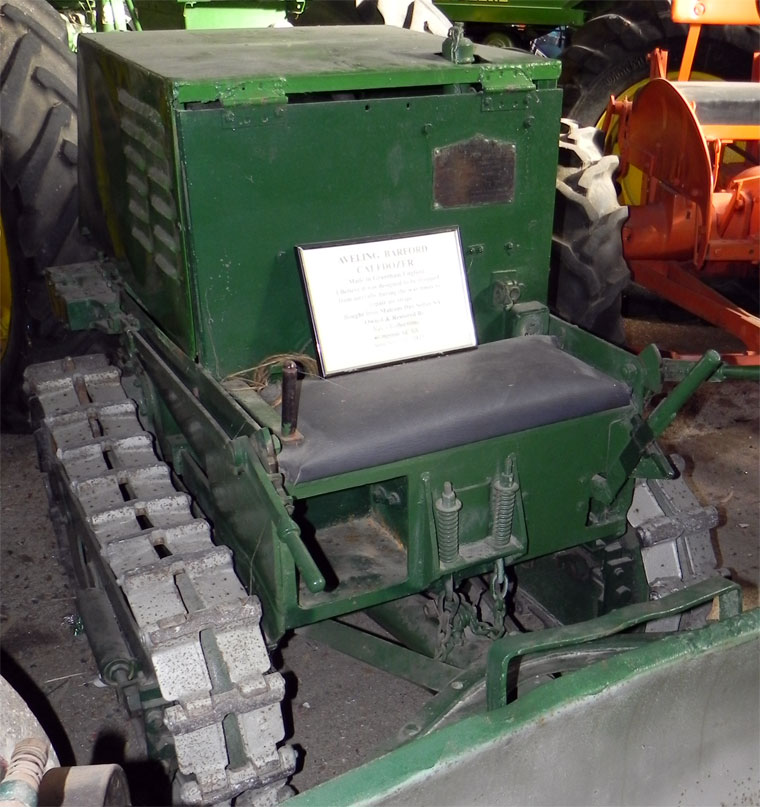 Designed to be dropped by parachute during WWII. Exhibit at Kev's Kollection. 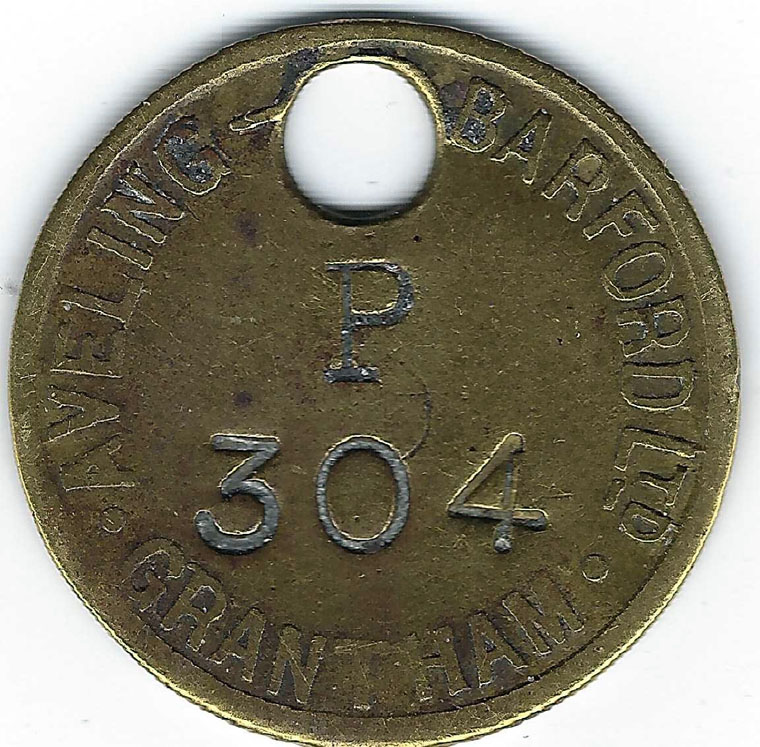 Pay/ tool check for the company. 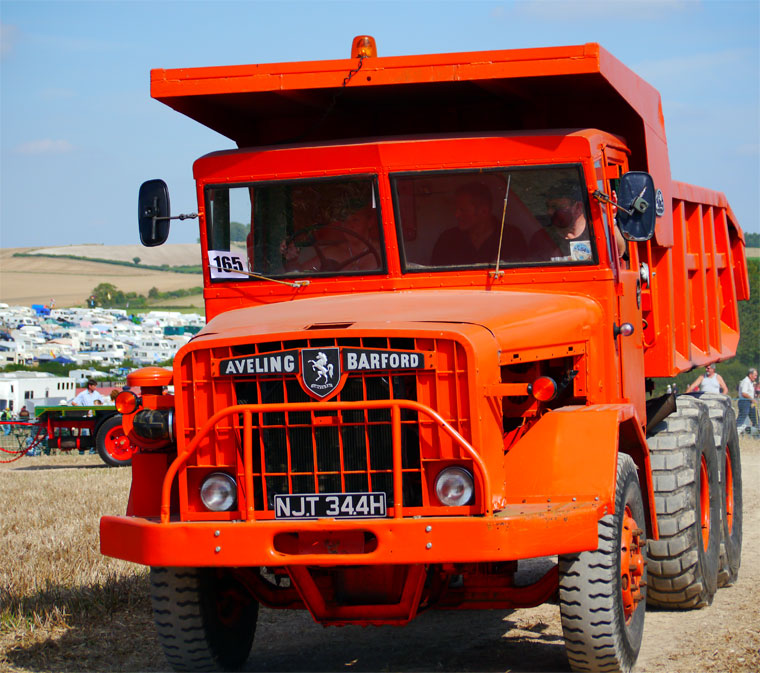 1932 AGE - Agricultural and General Engineers went into receivership and Aveling and Porter acquired the assets of Barford and Perkins.

"In 1933, Mr. Edward Barford, M.C. formed the present Aveling-Barford, Ltd., by amalgamating Aveling & Porter, Ltd., and Barford & Perkins, Ltd., and the new business was moved in its entirety to the works at Grantham."[1]

1934 They changed their name to Aveling-Barford.

Early in 1934 the business was transferred from Rochester to Grantham on a 36 acre site which was leased from Ruston and Hornsby, a Director of R & H based at the Ransomes subsidiary in Ipswich, and George Ruston Sharpley.

"The move from Rochester to Grantham constituted one of the largest factory removals ever undertaken by the L.N.E.R. and Southern Railway, entailing the transportation of the whole of the Works plant, stores and effects amounting to nearly 10,000 tons."[2]

Without the financial assistance of Ruston & Hornsby of Lincoln, both Aveling and Porter and Barford and Perkins would not have survived. Ruston and Hornsby funded the amalgamation of the two companies, and gave them part of their Grantham site. For many years all the vehicles were powered by R & H diesel engines. R & H had also previously made road rollers, but concentrated this all at Grantham.[3]

WWII During the war the company built bren gun carriers for the army, shell fuse caps and various precision-made components for tanks and submarines.

Agricultural Land Drainage Machine: When, during the war, the Ministry of Agriculture instituted the land reclamation scheme, Aveling-Barford brought into being the “Barford” Agricultural Drainage Machine which mechanised trench cutting for the laying of drainage tiles. Designed to work in conjunction with a Fordson tractor to which it is secured, it derives operating power from the tractor power take-off shaft.The essential feature of the machine is a six-bladed rotor which initially digs its way into the earth and opens up the trench as the machine moves along. The complete unit is self-hauled by winding-in on to a ratchet-operated drum a steel cable anchored ahead and in line with the trench. Cutting speed can be varied to suit soil conditions, but up to six feet per minute is possible.[6]

Premises previously occupied by Vickers-Armstrong were taken over in May 1946 and formally opened in September of that year known as The Newcastle Works. "The Newcastle Works production is centred on the company’s smaller products, including Rollers from 30 cwts. to 8 tons, Dumpers of + to 1 cubic yard capacity, Calfdozers, and Trench Cutting Machines." [7]

1946 Formed Barford (Agricultural) Ltd as a subsidiary company to take over the manufacture and sale of the dairy, agricultural and horticultural equipment,[8] as well as the Barford ranges of steam cooking equipment for farm stock food, diary farm sterilizers, boilers, bottle washing and filling machines, a drainage trench cutter, and the “Atom” multi-purpose horticultural tractor.

Also formed Barford Developments Ltd, to develop new products. An additional factory was acquired in Newcastle-on-Tyne where a range of the lighter products would be made.[9]

Syston Works were established a few miles from Grantham equipped with machine tools to deal with all manner of repair works.[10]

1951 Extension to the machine shop of Grantham Works completed.[11]

c.1960 Barfords of Belton was producing the lighter ranges of agricultural equipment and the Atom tractor.

1960 Advert for dumpers and graders. Goodwin Barsby and Co was a subsidiary[13]

1960 The Aveling-Barford Group of Companies included:[14]

1960s Aveling-Barford continued to prosper in the immediate postwar period, but the 1960s and 1970s were difficult decades for the firm. The workforce was slashed and the company's range of products was dramatically reduced.

The Dumptruck rights were given to Moxy (of Norway), who were taken over by Doosan (of South Korea), and never made any of the A-B machines.

1968 After the merger with British Motor Corporation, British Leyland engines were to be used but there were reliability problems.

Aveling-Barford became part of Wordsworth Holdings, which bought the firm in 1988. (Duncan Wordsworth bought and owned the company and did well to keep it going under limited resources until it sadly went into liquidation in 2010.)

The records of Aveling-Barford include build records, product catalogues, photographs and engineering plans. Many of the records date from before the 1934 merger and therefore relate to the two constituent companies. Most of this information is now held by Lincolnshire Archives.