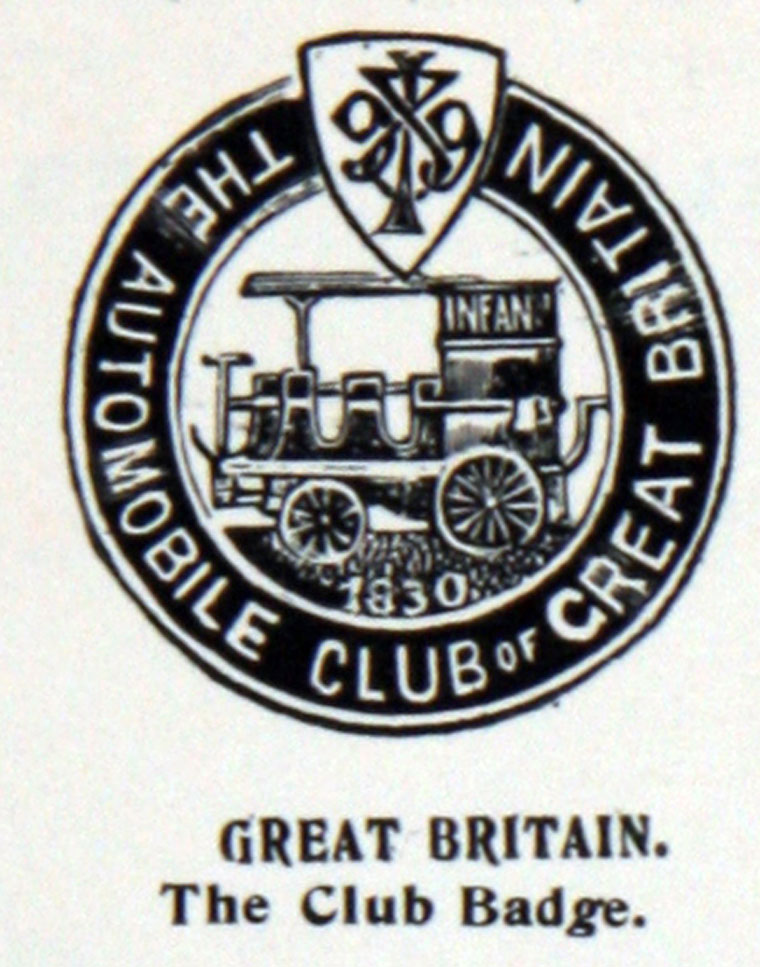 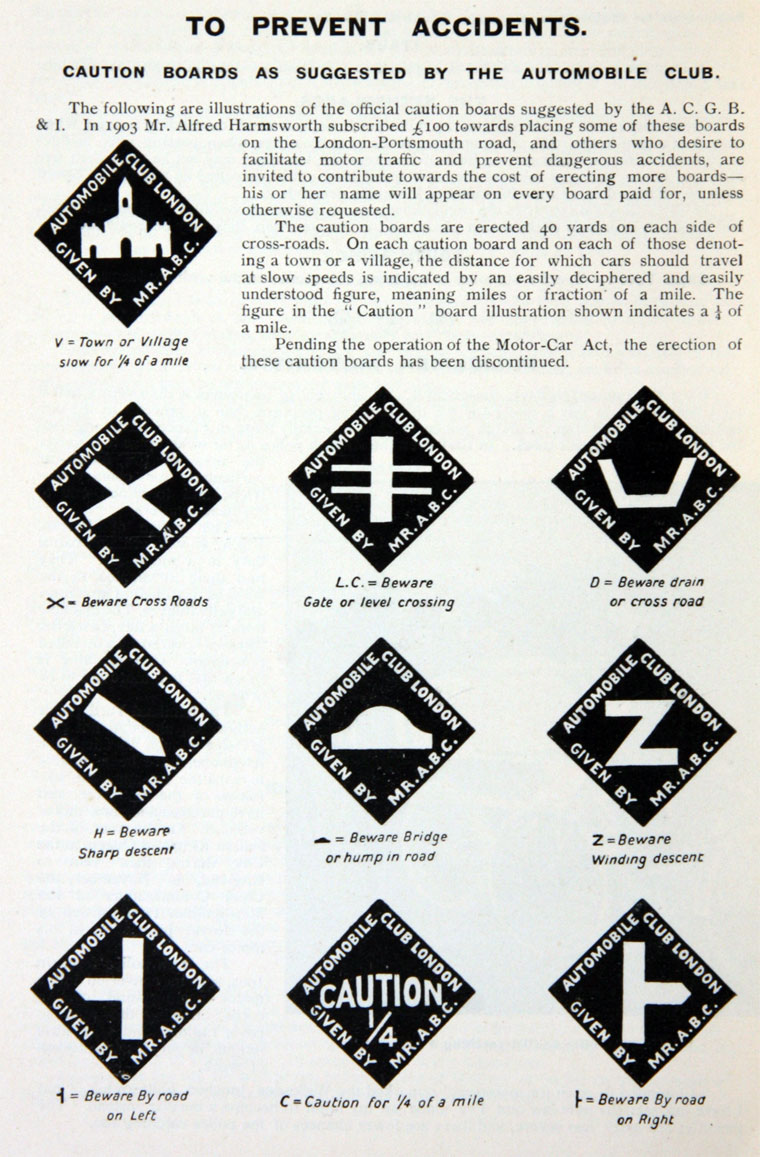 1897 August 10th. The club was founded as the Automobile Club of Great Britain (and later, Ireland) by Frederick Simms with Evelyn Ellis as Chairman and Charles Harrington Moore as Secretary. The owning company was Automobile Proprietary Ltd.

Extracts from the book 'Fifty years of travel by land, water and air' by Frank Hedges Butler

Sir David Salomons in October 1895, had organized a show at Tunbridge Wells, and this had awakened interest to the possibilities of a great industry, and on November 24, 1896, the British Parliament sanctioned mechanical traction at a speed not exceeding fourteen miles an hour on the common highways. This was celebrated by the historic run to Brighton.

The author was a member of the Automobile Club of France, and on December 15, 1897, the Automobile Club of Great Britain and Ireland was founded by Mr. F. R. Simms. About this time I was travelling in Russia and Finland, passing the winter season in Moscow and St. Petersburg. When I returned Mr. F. R. Simms kindly invited me to be the first Honorary Treasurer of the new Club, and I think the year 1898 was one of the most historical and interesting in my life. To be Honorary Treasurer of an institution which had very small funds was not a coveted post, but thanks to a few members and the wonderful organization of Mr. Claude Johnson (the Secretary), the Automobile Club soon grew to be one of the largest institutions of its kind in the world.

The first headquarters were at Whitehall Court, where we paid a rent of £400 per annum. When comparison is made with the present palatial building (1920) and rent in Pall Mall, it shows what can be achieved from small beginnings.

The different chairmen who have held office during the short history of the Club are Mr. Roger Wallace, Q.C., Sir Charles Rose, M.P., H.S.H. Prince Francis of Teck and the Hon. Arthur Stanley, M.P. The present Secretary (1920) is Sir Julian Orde.

In the first year of the Club's existence finance was a matter of considerable anxiety ; £540 had been spent in the establishment of the Club before any members' subscriptions were received. At the end of 1898 the total income from these amounted to £800, while during the first year £150 was spent in connection with the dispute as to whether Sir David Salomons or the Automobile Club had a right to the title.

The situation, however, was saved by the following gentlemen becoming life members, at a subscription of 25 each:


The value of life-membership at that time was one of great uncertainty, as it looked as if the Club doors might be closed at any moment owing to lack of enthusiasm on the part of a number of its members. Considerable confidence in the future of the Club was aroused, therefore, by a movement of this kind, with the result that, by the end of the year 1898, a guarantee fund had been formed, amounting to £1,521, the largest subscribers being: