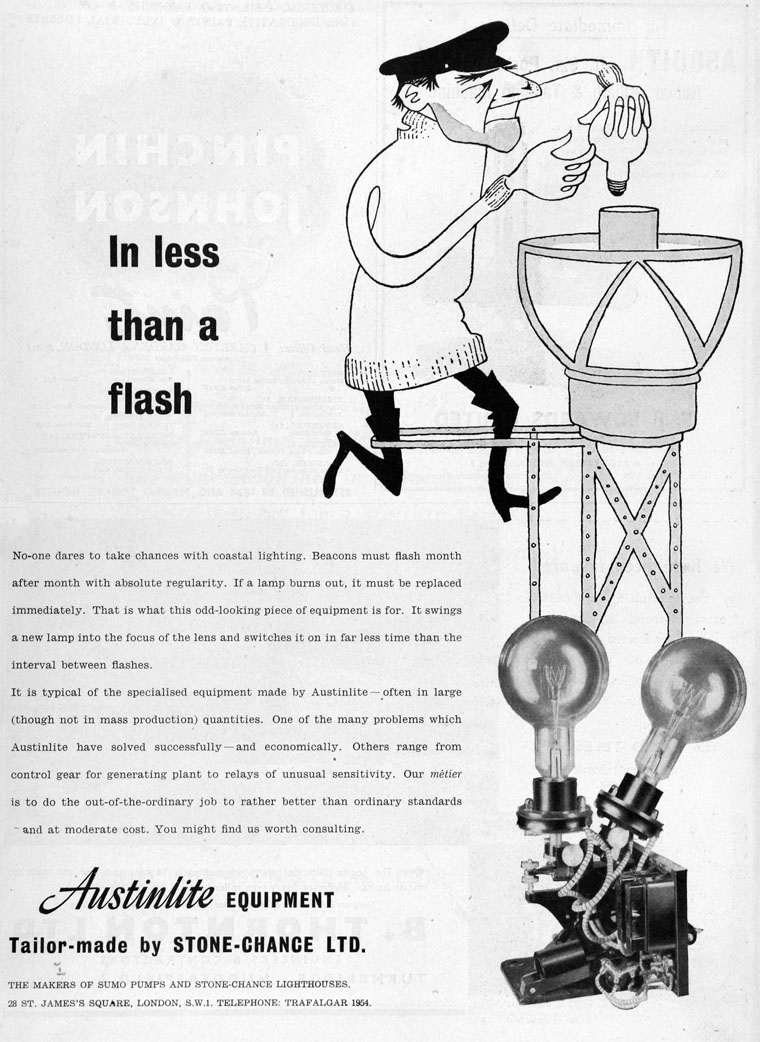 1954 April. Chance's entire engineering division, which included Austinlite, was then sold to J. Stone and Co. in Deptford and became part of Stone-Chance and thereafter became just a brand name.