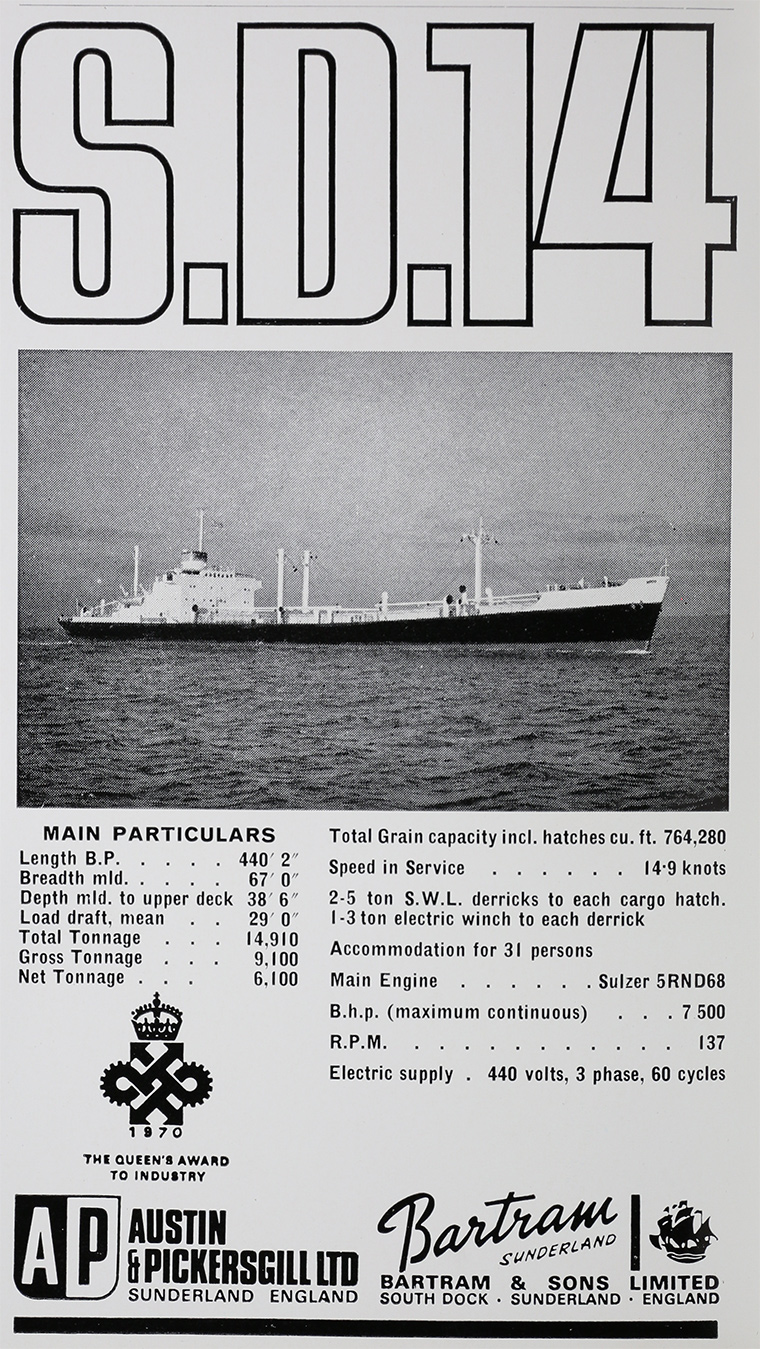 Austin and Pickersgill of Southwick and Wear Dock Yard, Sunderland were shipbuilders

1954 The company was formed by the merger of S. P. Austin and Son and W. Pickersgill and Sons. The Wear Dock Yard of S. P. Austin was subsequently used for repair, while shipbuilding was concentrated at Pickersgill's Southwick yard.

1968 The firm took over Bartram and Sons.

1968 Announce a complete modernisation of the Southwick shipyard.[2]

1977 They became a member company of British Shipbuilders.