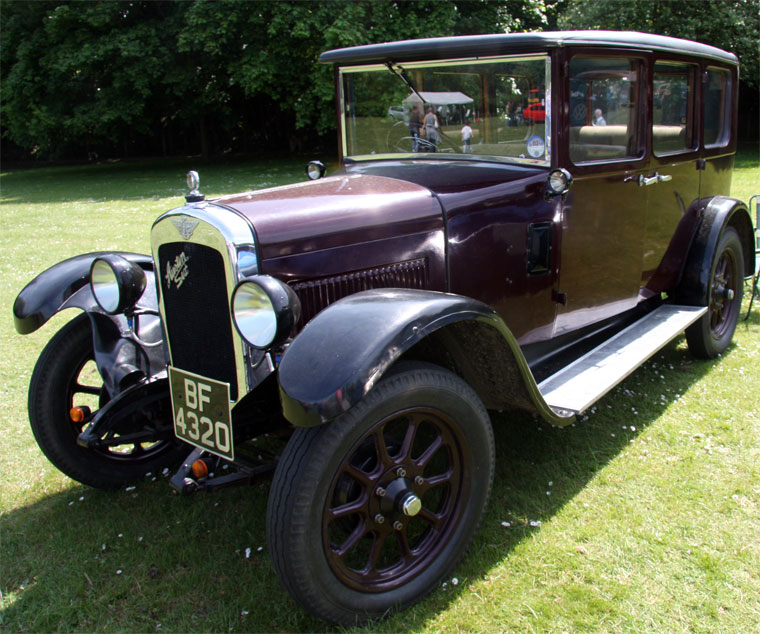 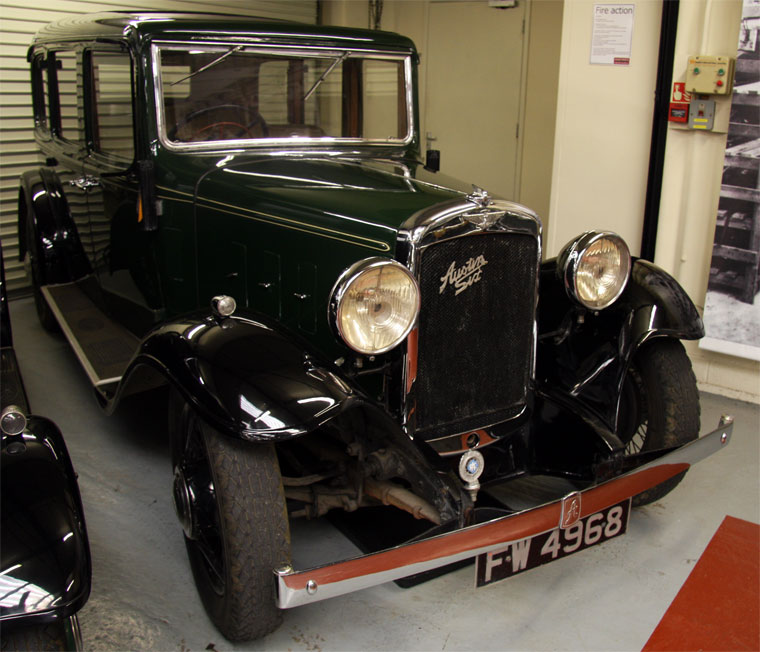 1946. The one millionth car made. Exhibit at the Heritage Motor Centre.

Note: This is a sub-section of Austin

The Austin 16HP was the first 'new' car to be produced by Austin following the Second World War. Apart from the name, it shared nothing with the pre war Austin 16.

Whilst it used a brand new 4 cylinder 2,199 cc, overhead-valve engine - the first to be used in an Austin car, it in fact used the pre-war body from the Austin 12, which continued to be produced, alongside the other pre-war saloons the 8 hp and the 10 hp. The 'hp' was not a true reflection of the power of the vehicle, instead it was the result of a calculation to determine the excise duty (road tax) payable for the vehicle. The engine in fact produced 67 bhp at 3,800 rpm.

The car shared a number of features in common with the famed London Taxi, one of which was the built-in hydraulic jacking system operated from a pump located under the bonnet.

The car was introduced as a medium saloon in 1927 sitting above the 7 and 12 hp models but smaller than the 3.5 Litre 20. The six cylinder engine was new but had similarities to the one fitted to the 20 with timing chain at the rear of the block. The car was up to date with the gearbox mounted in-unit with the engine and semi elliptic springs all round for the suspension. Safety glass was fitted from 1929.

An early automatic gearbox was available between 1934 and 1936 but few sold.

The car could reach 60 mph and return 21 miles per imperial gallon depending on the body fitted.